New Discovery
Use ngModel instead! 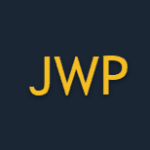 According to Angular, in discussing the ngModel and FormControls.

Use with ngModel is deprecated
Support for using the ngModel input property and ngModelChange event with reactive form directives has been deprecated in Angular v6 and is scheduled for removal in a future version of Angular.

Fallout
This means then, that use of Pipes (on HTML side) for an input element do not work any longer. Most content on StackOverflow shows tons of examples using the two together, don't do it.

But Why?
I don't know their internal architectural discussions but expect that the wave of immutable architecture took hold.

If we use Form Controls, we are being moved into the immutability pattern. The models that we once used for bindings are now replaced with the FormControl. The models themselves are to be set only twice in a particular workflow, once at start up time and then only once again when attempting to persist content for that control.

Mutable model architecture is on the outside of current Angular architectural trends.

What's the solution?
The pipe was a nice idea, it farmed off control for validation and formatting to another component. Indeed the FormControl overlapped some of that function. But if we are using Form Controls we have the ability to bypass Pipes.

Assume an input element with SSN numbers, entered as string values, the model having a different value than the display. The model is just numeric when valid, while the display shows dashes in the numbers and or a string of hashes like this.

The event handler is responsible for validation and alteration of the data being displayed. The model, on the other hand is used for persisting the change and only when valid!

WorkFlow
-Initialize the FormControl with hash tags based on semaphore.

Our newFormat inserts the dashes as the user types. The problem is that each time we use setValue, we fire off another change! We have to stop the spiral-of-death and only set the newFormat once. If the newFormat is the same as the change, return!

10 Reasons Why You Should Use ebizframe Intelligent ERP Software

Example of applying CDC to JSON files with PySpark