React Hooks only work in functions, so we will create a React Function Component. Up to now we've only used React class components.

No worries it's easier to use Function Components as we will see.

It is saying we want 2 constants, one named 'data' and the other 'setData'. 'data' will be a property of type any, and 'setData' will be a function. The 'useState("")' part sets the data variable to an empty string.

The term 'hook' is an
age old programmers' term meaning there is a way to break into code flow using a function entry point or hook.

useEffect
The word effect in JavaScript is used to denote a side-effect, which means something to be changed.

We want React to call us at useEffect time. When it calls us we want this to run Asynchronously, thus the word 'async'.

'() =>' is just a shortcut for defining a function like this: 'function(){}'. The open curly brackets are a code block where we'll place our code.

Ok we now have our async function defined.

Sending out an HTTP Request

'fetch' is a built in way to send an HTTP request from the browser. It returns a Promise. We will use the Async/Await pattern to handle the promise.

'response.Text()' is also an asynchronous function too, we 'await' for it to complete. When it does we have the 'answer'.

We then use the 'setData' function to update the state. From there React takes care of the updates! 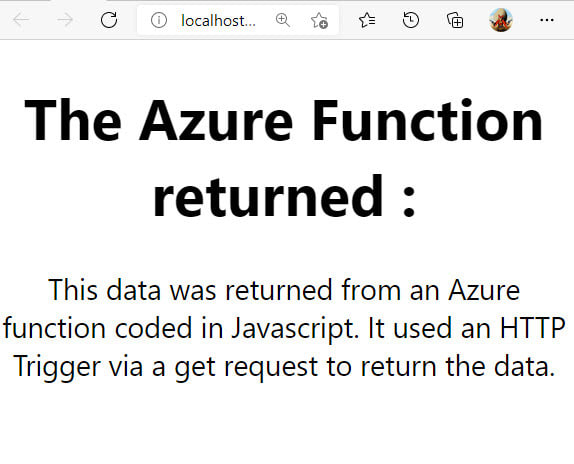 The pattern shown here is an excellent way to move forward in 2021.

How React.js taken over the front end web development

This is why everyone is using Reactjs