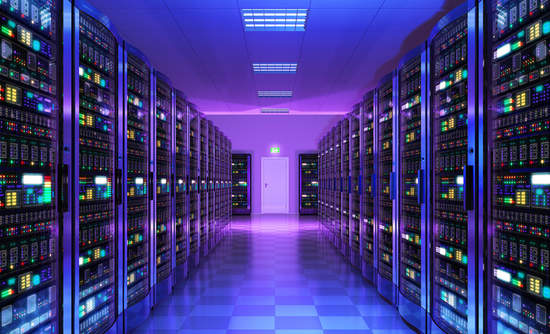 Chats are very universal. With Communify, I'm solving a problem that many software companies have solved, are solving, and will solve. I am solving it for React-Native + Node JS + GraphQL + MySQL, on Linux. A very nice combination.

What if I could create a BaaS for chats, and solve this problem once and for all?

There are already Chat BaaS'es out there. Check https://sendbird.com/. If you read their blog, you'll find others, too. But it's super expensive, and I don't know if they've taken the right approach.

So, in this post, I will elaborate on what I think the right approach would be for creating a Chat-BaaS.

The whole front-end is super convenient. I could open source the whole front-end of the chat-list, chat, chat-details, actions, and everything and couple this to a default BaaS where people can create an account, get 1M messages/month for free, and pay a lot more for more.

The cool thing would be that I open source the front-end as one component which is a data-coupled and navigation-coupled react-native component. you only have to give your token and it connects with your backend.

On the backend, it has a few queries and mutations:

On the front-end, it can actually handle all push-notification stuff. This is a big big deal. Lots of code that can be spared for a startup if they use this. The user model is very lightweight and is meant to be extended by the startup itself.

This idea could take a huge part out of my codebase. On itself, it's a big startup, which is just a small refactor for me to create and start using myself... Since the biggest part of many applications is the chat, it's a great way to shorten the programming time to create useful apps.

This app will still be useful in a 1000 years. Think about that!

It gets even cooler if you think where the bottlenecks are. I think that, if it's a truly good product, you don't need marketing or anything. No sales. I think, if it's a truly good product, all you need is good scaling. It's so universal, that features is something you can finish. After a few years of programming, it just has all you need. So features is not a bottleneck you will need many people for. What's left? SCALING. So scaling is the bottleneck. So how do we scale succesfully? The great thing is that every platform that wants to use this, is independent of other platforms. So they have to scale independently. Another great thing is that even scaling can be automated. Databases can be created automatically. For small customers, a single server per DB will do with a few servers for the backend. This can be automated. Once we have super big clients that need sharding, they have 2 options:

1) Pay us for experts that automate the sharding process

2) Split up their app into separate communities, for example, location-based.

So if I get the hang of basic CI automation, I can automate up to 10k online users per community or so, maybe even more.

This is a great idea.

Should I do it?

I think that, if Communify doesn't pick up as quickly as I expect, it may be a smart idea to have a look at this. It seems that MessageBird is doing incredibly well. To start, a PoC should be easy. Just extrahere the server of communify, automatically create a new SQLite for every Backend user, and create a nice onboarding page that asks you the app-name and shows you your app on the web. It should just be a screen that you can place in your RN-app. super simple. If this proves succesful, I could create more building blocks for apps maybe. More small BaaS'es. For example one for a timeline. One for friends. One for pages. One for photo albums. The possibilities are endless.

To further see if it's really that easy to create a BaaS for Communify (there may be some things I didn't see because I didn't look at the code) I should have a look at the backend code and see if I really thought of all connections....

Did you read it all and think it's a great idea? Then join me, I could use some hands! As of now, I have so many things I want to build, but just so little time! Yet, I already have a great start. I basically have all the code (front-end and back-end) already, I just need to rewrite it a bit, and make it look fancy. Let me know if you're interested, or let me know if you're interested in using parts of my codebase! Everything's negotiable!

WordPress.com Vs WordPress.org: Which One should you use?

Once suspended, karsens will not be able to comment or publish posts until their suspension is removed.

Once unsuspended, karsens will be able to comment and publish posts again.

Once unpublished, all posts by karsens will become hidden and only accessible to themselves.

If karsens is not suspended, they can still re-publish their posts from their dashboard.

Once unpublished, this post will become invisible to the public and only accessible to Karsens.

Thanks for keeping DEV Community 👩‍💻👨‍💻 safe. Here is what you can do to flag karsens:

Unflagging karsens will restore default visibility to their posts.