So as of the end of September, I completed General Assembly's Software Engineering Immersive and have been released into the metaphorical pool in the deep end, where my classmates and I can either:

-Sink and go back to whatever industry we were all in , so in my case it would be go back to the food industry and accept that I'll probably forever be a lab monkey
-Swim to the other side and make it as a software engineer.

Needless to say, I'll be swimming like crazy to the other side. But the pool is an Olympic sized pool and I'm not that very good of a swimmer, or I at least don't give myself enough credit. Not gonna lie, since I graduated I've had a couple of sinking moments, since then but I've managed to pick myself back up and continue swimming.

Don't Compare Yourself to Others, only compare yourself to who you were then

Prior to attending SEI, this was something I struggled hard with. My cohort had a wide variety of people coming in to make a career change into software engineering. We had someone who was already well versed in Python and working in data, several people who worked in the restaurant industry, a bio major turned teacher, someone who worked in event planning, someone who was a senior in marketing, and even a couple of stage actors and such.

Unit 1 once we got past the basics of learning Javascript, learning axios calls and all of that went over my head badly. I struggled trying to understand a forEach loop, and in fact that night I ended up triggering an infinite loop with my forEach loop. When we got to Unit 2 which was React, and higher order functions such as .map, .filter, .reduce and props it didn't stick with me until unit 4, and learning Ruby in unit4 was kinda weird to me. Meanwhile, some of my classmates would be done with their hw for the night and I would have to be in TA hours getting help from our TA.

When it came to project week, more often than not I felt like my projects were not as up to par compared to some of my classmates. My first project was a disaster with styling compared to other peoples' projects, but by Unit 4 with my final project the styling improved. While my portfolio projects are not as complex as other, it does showcase what I love and who I am, and I often tell people I love to code because its a way for me to show who I am and what I love. So isn't that enough?

What I definitely learned was, its similar to my philosophy when I lift in the gym, you compare yourself to who you were yesterday. Prior to attending GA I had no idea about flexbox and grid, I dabbled in React and couldn't comprehend what was going on, and couldn't grasp the concept of Big O notation. Now, I can confidently say I know Big O notation and can probably confidently teach it to someone as well as explain the data structures pretty well, as well as my styling skills imprved my a lot. 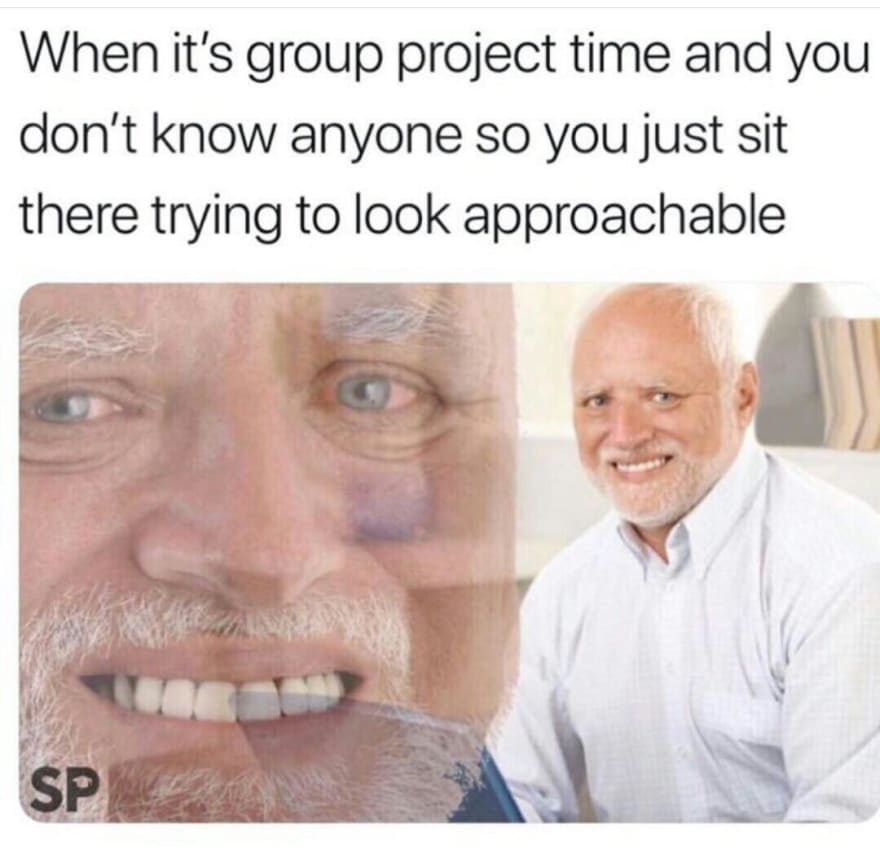 (Not my meme, I got this off of reddit, you can find this here: https://www.reddit.com/r/memes/comments/9ujsfo/group_project/ ))
The previous industry I worked in was very independent/not very collaborative. I worked as a laboratory technician in the food industry, and needless to say the environment between working in a lab vs working as a software engineer is night and day. For one, lab work was very much a one-man thing and its kinda perfect for someone who is extremely introverted such as myself, from my personal experience while I was in a team working in the food industry it was very much a one-man thing, and collaboration was not encouraged as much as it is in the tech.

That being said, I really enjoyed the collaboration aspect that I experienced during coding bootcamp. We were often thrown into breakout rooms on Zoom where we would discuss and work through whatever exercise we were doing for the morning/afternoon, and on top of that for someone as introverted as me it got me talking to people in my class and asking for help when I didn't understand what the hell was going on, and I also made a bunch of friends too!

Also, as a bootcamp graduate, this applies to me 100%. Networking is one of the most terrifying things in the job hunt right now, and reaching out to people is definitely one of the things I am struggling to do. The unfortunate truth is as I've learned from everything I've read online that most jobs are found via networking and during this era of COVID, meetups are not exactly a thing right now so it comes down to messaging friends and friends of friends on linkedin which is very daunting. 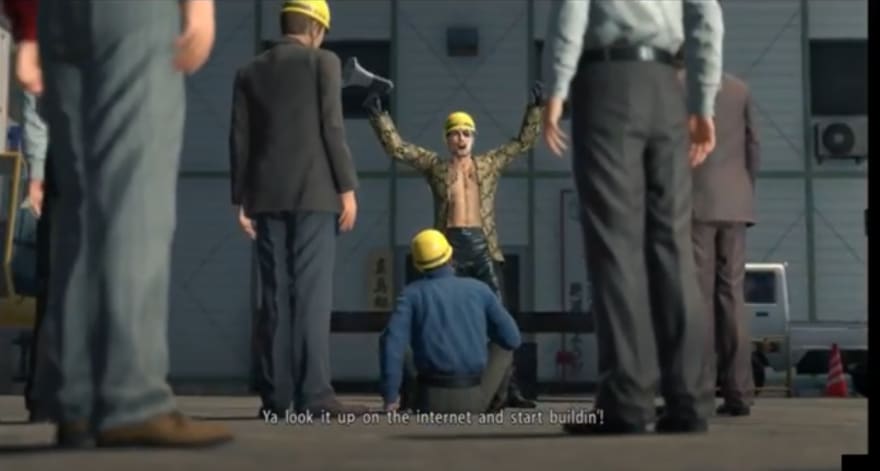 So practicing coding and making things is very similar to training at the gym. I'm a competitive powerlifter who's going to be competing at her first sanctioned meet this year, and before COVID became a big thing over here, I was 4 weeks out to a charity meet. Once the gyms shut down where I'm at, it was a good few months before the gyms opened up again, and once it did reopen, I hit the 3 big lifts (Squat, Bench, and Deadlift) to find that I couldn't remember the cues in order to lift properly and hit the big PRs. However, when I started getting a consistent schedule again training, muscle memory kicked in and I remember (most) of the cues now.

This is kinda similar to coding. I started this career change journey over 5 years ago after my first position ended. Only for me to give up on it as I thought I found my dream position in the food industry, but the enthusiasm I had for learning to code was still there. So I would stop, then re-learn how to code, stop, then re-learn how to code again. It didn't really sink in on how similar practicing coding was very similar to the gym until we got advice from our TA during the React unit, which was:

"You gotta practice and build dumb shit with code"

Similar to working out and gaining muscle, it can be applied to code as well, use it or lose it! This didn't really sink in until towards the very end of the course, I wanted to go back to my Python-ic roots and practice some Python only to find in horror that the only thing I can confidently say that I remember was:

I couldn't remember the basic syntax of Python, until I started practicing it again alongside me practicing JS. So following the advice of one of my TAs in the course, I'm building a bunch of stupid/yet fun apps that show off who I am and things that I love.

To make sure I still remember axios calls and DOM manipulation, I built a mini app called "On this Day" which shows historical events that took place on the day of, to remember React and how to use Mapbox-GL, I'm working on a mini app to find powerlifting/weightlifting friendly gyms. That's just a bunch of weird examples of things that I'm doing to help me remember what I've learned in the course to make sure I don't lose that "coding muscle memory" ;)

As software engineers, we're in an industry that is constantly changing. Take for example, we know React is the number 1 front-end framework right now, but in the future Vue.js can end up taking that over. In this industry, we gotta keep up and keep learning.

Let's be real here, when you attend a coding bootcamp, you are fed a lot of information in the span of 12 weeks some which you end up retaining, others you have to go back and re-teach yourself because you don't remember what you've learned. Most topics you learn give you the brief overview of whatever topic you are going over.

That being said, its been almost a month since I graduated, I ended up teaching myself/reviewing data structures and algos as well as learning more hooks in React that we didn't cover. Our instructors of the course also told us to consider looking into/learning AWS since we don't really have time to cover it in the course and stuff.

Wow, this entry was a lot longer than I thought it was going to be, but these were 3 life lessons, (I guess?) I learned while at coding bootcamp.

Anyway, if you enjoyed this entry, sorry I rambled a bit, be sure to follow me and I'll also be migrating some of my previous entries that I wrote on medium to dev.to!

Once suspended, kbongco will not be able to comment or publish posts until their suspension is removed.

Once unsuspended, kbongco will be able to comment and publish posts again.

Once unpublished, all posts by kbongco will become hidden and only accessible to themselves.

If kbongco is not suspended, they can still re-publish their posts from their dashboard.

Once unpublished, this post will become invisible to the public and only accessible to Kathleen Bongco.

Thanks for keeping DEV Community 👩‍💻👨‍💻 safe. Here is what you can do to flag kbongco:

Unflagging kbongco will restore default visibility to their posts.