This article is based closely on MockingBot’s article of the same title. The original article helped a great deal, but some parts were outdated due to new libraries’ and packages’ versions. Hence, I’m jotting down what needs to be augmented from the original article here, for my own reference and for others who encounter the same situation too!

When you have reached this part of the article:

Now only 6 left, as Amazon Linux don’t have gtk builtin, we need borrow packages from other distributions:

Pay heed that some of the packages no longer exist. 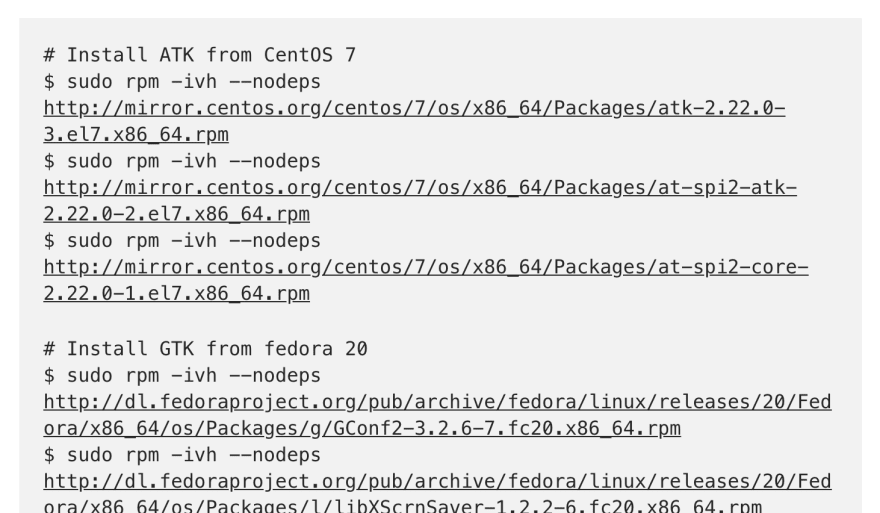 Tip 💡: Go to the URL (up till the last trailing slash)

And search for atk- :

Go through the list of items to install with this technique, and you should be almost there!

Alas, there are still some missing dependencies being listed when you run ldd chrome | grep not . After googling around, this seals the deal: 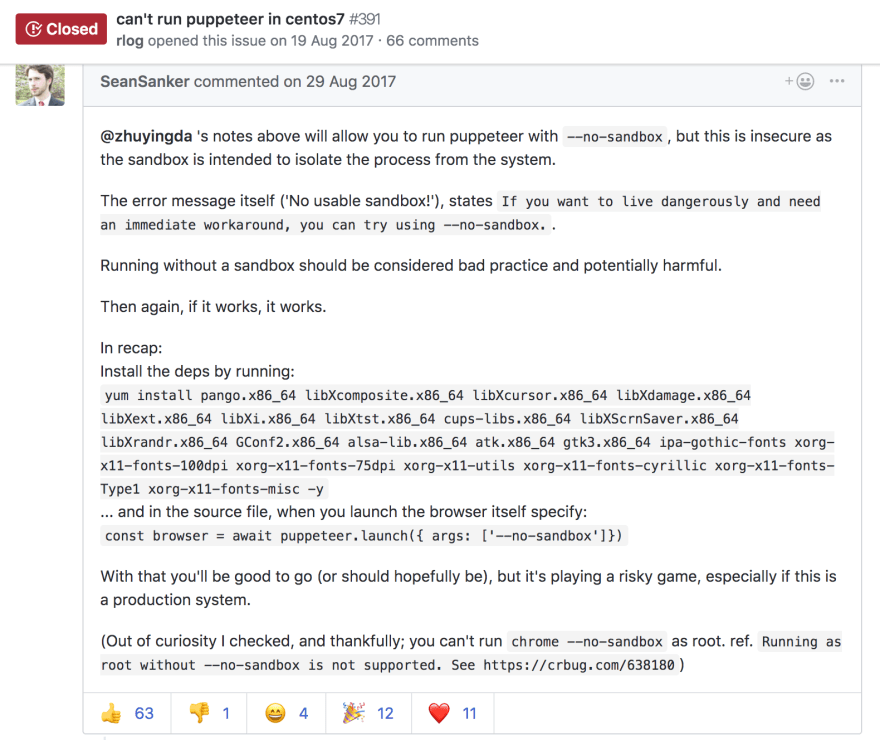 After running the long yum install command, you will be left with one last dependency: libpng12.so.0 . Same thing, look for the x86_64 version of the libpng12 package in the Centos packages listing page and download it.

And finally, all the dependencies have been assembled.

Hopefully the tips mentioned above will/have helped in your attempt to install Puppeteer on the AMI! If there are any parts that are unclear here, and it is also unclear in the original post, do give a shoutout. Similarly, if you have tried and noticed my tips are outdated, do let me know too.

Install Terraform in the AWS CloudShell

Once suspended, kerion7 will not be able to comment or publish posts until their suspension is removed.

Once unsuspended, kerion7 will be able to comment and publish posts again.

Once unpublished, all posts by kerion7 will become hidden and only accessible to themselves.

If kerion7 is not suspended, they can still re-publish their posts from their dashboard.

Once unpublished, this post will become invisible to the public and only accessible to kerion.

Thanks for keeping DEV Community 👩‍💻👨‍💻 safe. Here is what you can do to flag kerion7:

Unflagging kerion7 will restore default visibility to their posts.