I published my first React UI Wrapper on NPM. You can find the package below:

It is a simple Ui wrapper which helps you to create horizontal scroll view. I was inspired by Netflix, Amazon and other online video streaming apps to create this package. For Example consider the Netflix app, it has this sleek horizontal scroll with movie/TV show titles in it. 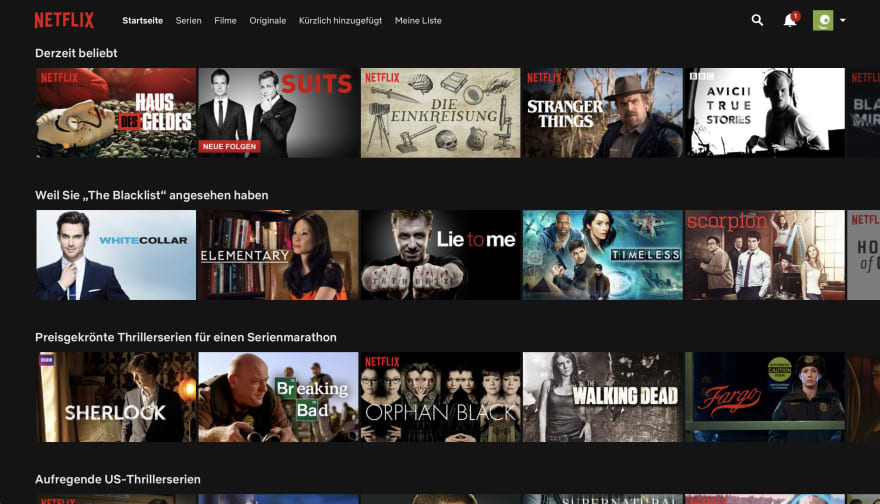 I bumped into many ups and downs while creating this package. I would like to share the same with everyone.

Since I am a newbie to react so my first step for creating this package was to use create-react-app. So for any react-developer this is the most common step:

The above command created a ready-to-go react project within minutes. Later I realized this was the worst thing I did. Later on this in Pitfalls section.

The code logic behind the package is pretty straight forward. Before diving into code logic I am assuming that you guys have knowledge of

. The HScrollGrid is the UI Component name in our package that is wrapped around couple of <li> HTML tags. Below is the code logic for HScrollGrid:

After all the dirty fixes and chaos I manged to pull off the package. I tested it first locally and then published it on NPM.

Publishing a package on NPM was easy. You need to get yourself registered on npm. Post that you will need to login via CLI in your local system:

After publishing all your commits to your repository you can simply enter following command to publish the package on NPM:

It was an awesome experience in publishing the first NPM public package. I am planning to focus on building more packges.

Feel free to contact me about the problems. I will try to help as much as I can 😉

A practical example of how to use Currying in Javascript