I read this technique in Kyle Simpson's book: You do not know javascript: this & object prototypes.
I his book called this code style Objects linked to other objects (OLOO), which I found to be simple and elegant.

OLOO (Objects Linked to Other Objects, a different way of inheritance)

let's see this concept by investigating the following code example: 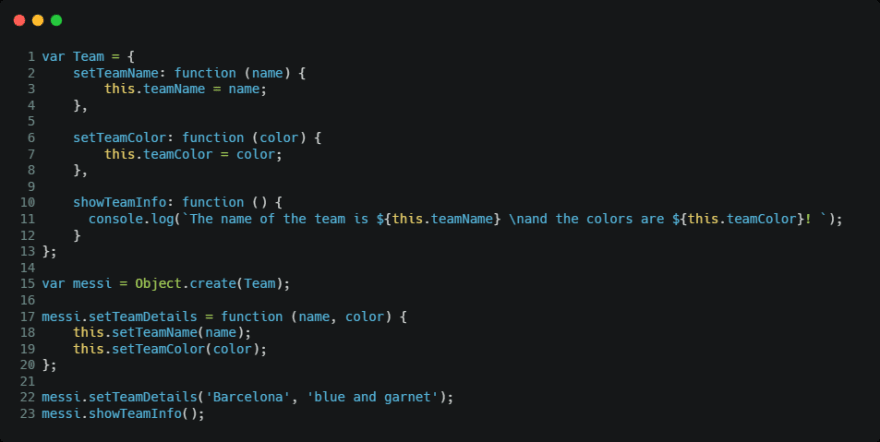