In times of mass surveillance, public Wi-Fis and a lot of bad people trying to steal your data you want to encrypt your data before you send them over the internet.

This is possible with something called OpenSLL and AES. AES is a cryptological cipher to encrypt your data, OpenSSL is a suite with cryptological stuff in it for you to use. OpenSSL should be preinstalled on all *nix operation system.

On Mac open your terminal with the spotlight search and entering terminal. Hit enter to start it up. 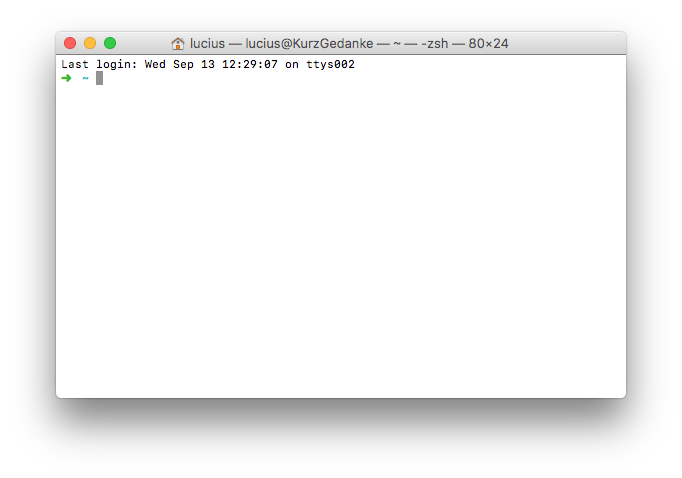 You need to navigate to the folder where the file, you want to encrypt, is located. In my case this is the Desktop. If you want to know more about navigating the terminal, here is a link to a tutorial.

Of course, you can just copy the commands, but without the $. This indicates just a line you can enter in the terminal.

To show what files you have on your desktop you can use the ls command.

You can see, I have a very_important_file.txton my desktop, which I want to encrypt before I send it to my friend. To encrypt this file you can use the following command:

It asks you now for a password. You should use a real strength and long password and communicate it to a safe channel. And if you ask, the internet, even with a super fancy encrypted messenger, is not a safe channel. Let’s shortly break up the command.

If your friend wants to decrypt the file he/she can use the following command:

Your friend is of course asked for the password to decrypt the file. But let’s break down this command as well.

Please keep in mind that this is just an encryption. The file could be altered on its way through the internet by an attacker.

Debugging Has Many, Through Relationships in Ruby on Rails

Transform any Meteor App into a PWA