This article was originally published under my blog @legobox

Since the process began, a large portion of the process focused on designs and having the ideas of UX - user experience with respect to the application in mind. For the most part, we've been able to do this. Until minor setbacks.

2 weeks ago I wasn't exactly able to make much progress with respect to design and development mostly due to the fact that my computer got damaged, Fixed up the next week, so project's back on track. For those diligently awaiting updates with reference to the series, really sorry for the lazy week.

Moving on, I've been able to complete designs of the application. Lets have a look at progress made in this process ( sounds like a rap ).

Last week was also design focused, targeted to completing the design phase, all the while still keeping in mind the ideas of minimalist designs, and making sure not to bug with unnecessary information.

Designs I was able to complete included the following. 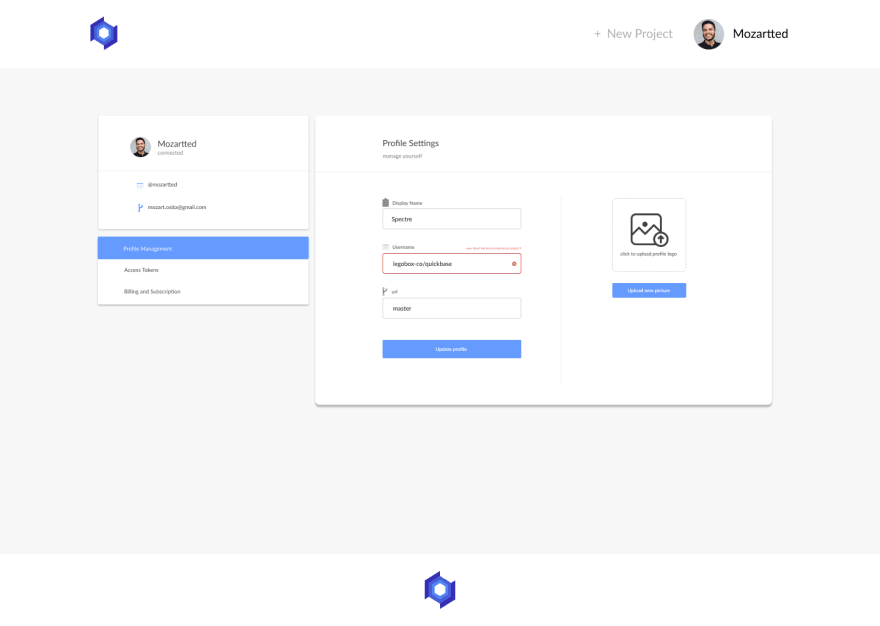 As the name suggests, this interface focused on the interface of the profile management sections where users would be able to make changes and updates to their profiles. 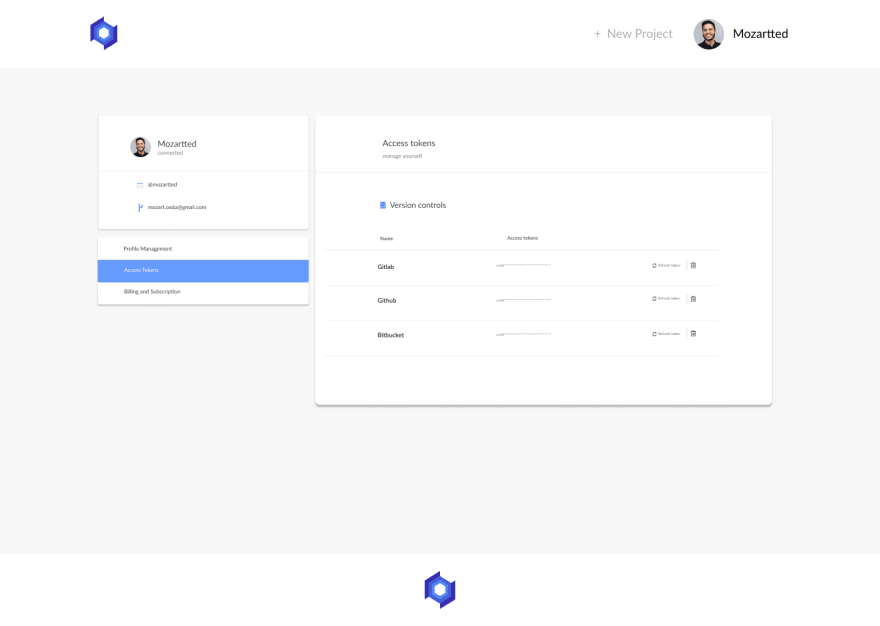 Project spectre would use tokens from GitHub, Gitlab or Bitbucket respectively in order to manage the deployment of the project based on web-hooks from these services. This interface focuses on integrations and tokens with respect to these services. So as to be able to access web-hook requests. 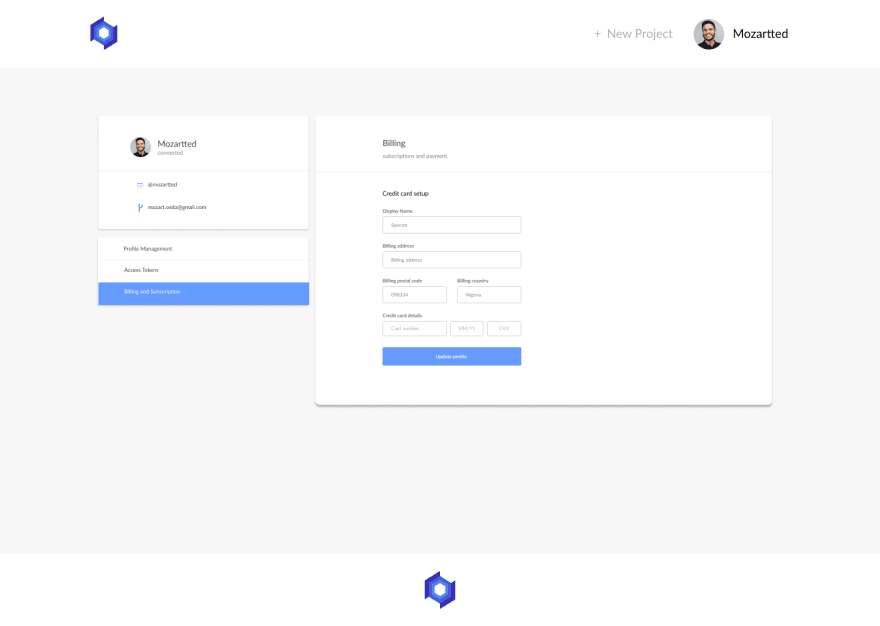 This interface deals with the billing and subscriptions of the users with respect to their plans on projects and servers.

The following designs were improved in multiple aspects and extended to include and improve their atheistic. These interfaces include the following.

In the process, there have been several shortcomings, and some achievements, These include the following.

The new week (this week) would be focused on implementations of these designs, the idea is to build out the initial structure and then focus on soft touches ( areas that can be improved ).

Interfaces would be implemented in react, Those I hope to fully complete this week include the following.

Building out has been tasking, but for the most part is that it has more to do with self-management and process. This means the process of managing the software development cycle as well as project planning, go a long way in deciding the viability and feasibility of a project.

As a one-man team, sometimes it feels overwhelming, that's why it often pays to have all steps ordered in detail and sections to session blocks to as to enable one develop in an organised manner.

Once suspended, legobox will not be able to comment or publish posts until their suspension is removed.

Once unsuspended, legobox will be able to comment and publish posts again.

Once unpublished, all posts by legobox will become hidden and only accessible to themselves.

If legobox is not suspended, they can still re-publish their posts from their dashboard.

Once unpublished, this post will become invisible to the public and only accessible to Osita Chibuike.

Thanks for keeping DEV Community 👩‍💻👨‍💻 safe. Here is what you can do to flag legobox:

Unflagging legobox will restore default visibility to their posts.