Starting the second part about working better with legacy databases to create good architecture. Previously, I presented general information on how the database has a very archaic design structure in many corporations and presented a simple tutorial to versioning database with GitHub, and now, I will present some tips on how to create a good modeling structure and creating Jobs and Procedures to help in this process.

Taking a look at many Database projects, it seems that they have one responsibility: Present and store in a performance manner the greatest possible number of information that the customer needs and are related. In fact, this is the main goal in having as support a database, but it seems that factors such as organization, consistency, adequacy of the normal forms, structure of the data and legibility of procedures are not much considered, after all, as It is usually the responsibility of a DBM to take care of it, ultimately "nobody cares".

But This approach ends up creating 2 problems, or we will create a monstrous database which it requires a lot of rework so that it is possible to take advantage of it afterwards, or a watch bomb that will explode in situations that require a Good performance, this happens because unless we have a specialist in SQL, Oracle, MySQL, MongoDb or other database servers, we rarely take advantage of the resources that these technologies give to facilitate the work, so I will show some Examples in SQL to help not create such terrible Database. 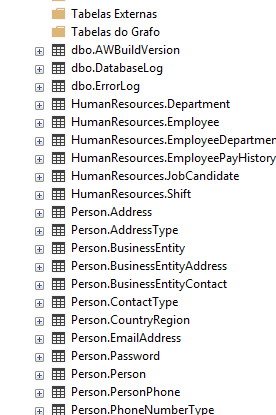 The Next example allows me to see which tables belong to which domains (People, Human Resources, auxiliary Tables as Logs).

In Addition to using the CamelCase help legibility, the important thing at this point is to have a pattern.

Nowadays we are online and increasingly dependent on patterns like JSON and XML, creating a mix of NoSql and SQL data formats. It's common that there are columns in our databases that do not contain only primitive data such as text and numbers. Product Descriptions can be in HTML and XML, blob Images, query Results API in JSON are some examples of how complex data can be pertinent to only one column of a table.

These formats are about to stay, so working with JSON and XML can make your bank much more organized. Some Examples of new formatting uses:

Over time, we find it natural the process of creating a database that fully meets us, and with that, we can forget the importance of normalization of a database.

4. Structure Your Stored Procedures And Jobs 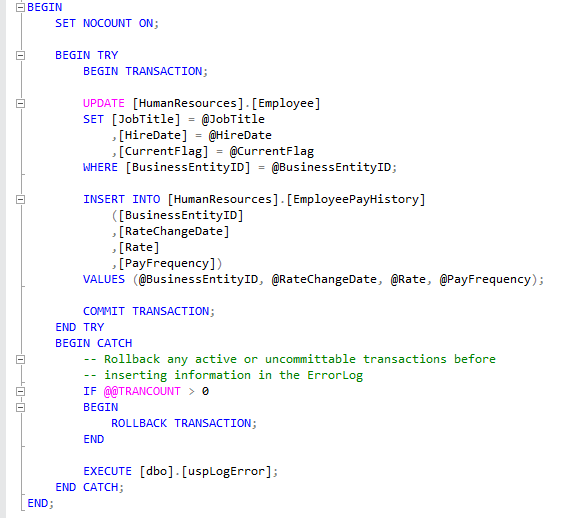 Many Stored Procedures end up being created in any way, without many programming rules and with greater focus on processing the data quickly, which is a high risk for any project. Then some tips I saw to use procedures:

Having a good structure in your code facilitates evolution and maintenance, so it is important to know and utilize as much of the server's possible resources, for example, there are other SQL features that are useful, such as using Views Triggers,Linked Servers, and File Tables. The important thing is to understand that a database done in any way ends up giving many problems, in the next part, I present how to debug SQL Databases.

The Complete Beginner's Guide to a Career in Web Development: Terminal, Git, APIs, Libraries and Databases

Once suspended, lleonardogr will not be able to comment or publish posts until their suspension is removed.

Once unsuspended, lleonardogr will be able to comment and publish posts again.

Once unpublished, all posts by lleonardogr will become hidden and only accessible to themselves.

If lleonardogr is not suspended, they can still re-publish their posts from their dashboard.

Once unpublished, this post will become invisible to the public and only accessible to Leonardo Gasparini Romão.

Thanks for keeping DEV Community 👩‍💻👨‍💻 safe. Here is what you can do to flag lleonardogr:

Unflagging lleonardogr will restore default visibility to their posts.