In this post I will show you when the Singleton Pattern is useful for you and how you can integrate it into your Flutter project.

The Singleton pattern makes it in object-oriented programming languages possible to use an object of a class in different contexts, without passing it on with function calls constantly. Inversely said it prevents the creation of several objects of a class.
The Singleton Pattern is used to control the object creation and usage of a class dynamically at runtime. It is mostly used when tasks are used frequently and in different parts of an application.

Following the Singleton pattern, a class 'MySingletonClass' should manage an object '_instance' and return this object instance when it is created. This is implemented as follows:

The _internal method can be used to initialize variables:

The singleton-class is now finished and can be implemented. To use it in an existing widget, we get the instance object of the class just as we would create a new instance. This is usually done within a 'State<>' object:

Even if the Singleton pattern seems to be useful, it should not be applied everywhere, otherwise the program code can become dirty and become more like procedurally generated code.

Thanks for reading. If you have any comments or questions, feel free to leave a comment.

🥳Thanks for over 1000 readers!🎉
Buy me a sushi roll if you like to support this kind of content. 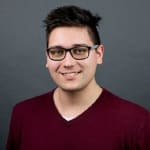 TOP 5 Database for your flutter app!

Once suspended, lucianojung will not be able to comment or publish posts until their suspension is removed.

Once unsuspended, lucianojung will be able to comment and publish posts again.

Once unpublished, all posts by lucianojung will become hidden and only accessible to themselves.

If lucianojung is not suspended, they can still re-publish their posts from their dashboard.

Once unpublished, this post will become invisible to the public and only accessible to Luciano Jung.

Thanks for keeping DEV Community 👩‍💻👨‍💻 safe. Here is what you can do to flag lucianojung:

Unflagging lucianojung will restore default visibility to their posts.