Update: this is my second attempt at posting, the last attempt was botched. 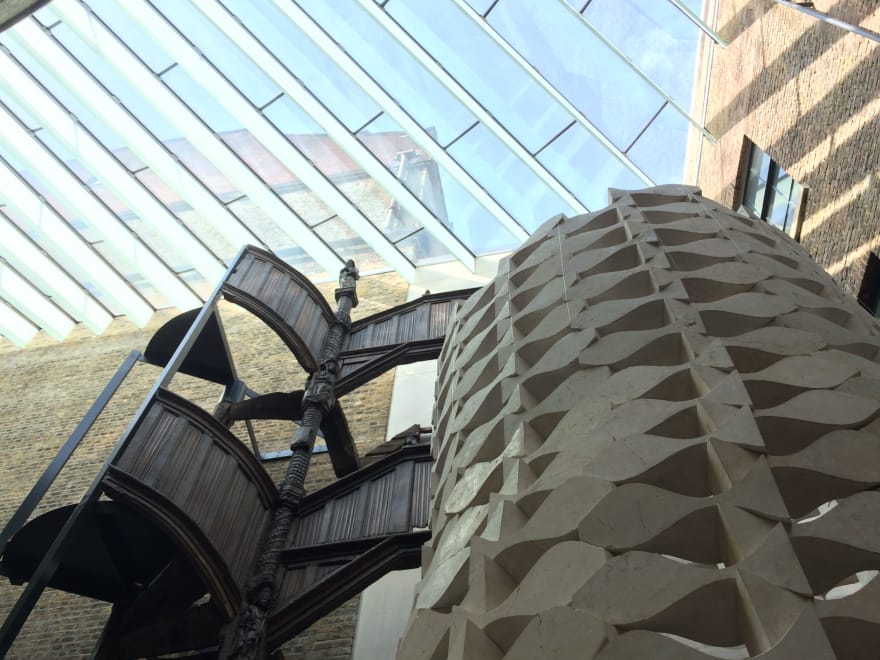 Today I had interesting discussion with my coworker over a new bit of UI that we're currently implementing in Riot, an app that I've been helping to build for almost a year.

The UI in question is built in React and backed by a Flux store so I'll be using React, Flux and Redux terminology throughout.

The discussion went along the lines of:

This got us thinking about the practicalities of what sort of state should be managed by Views and Stores.

To help us reason through our existential crisis, we went through a few examples.

One example was the humble checkbox:

There are two ways in which to implement this system:

Notice the emphasis on the word "displaying". In UX design, we aim to match the user's expectations as closely as possible. One could argue that the user's expectations should be considered to be derived from the current View and their Actions. This would suggest that Option 2. is the better option as the Actions themselves are derived from the View shown to the user.

With all of this in mind, we can construct a crude set of equations to describe a user's ideal interaction with the system that help us reason a bit further. For brevity, I will only mention the result of derivation. For a full "proof", see the end of the article.

The equation above is a crude formalisation of why the following should be adhered to in UI/Flux/Redux development:

So what on EARTH has this got to do with our two options for implementing the humble checkbox?

Well with both options the Actions being sent arguably represent the acts taken by the user to manipulate their own mental model. However, the second option takes into account the View that the user is currently looking at, giving control of the Store state to the View. What are the practical implications of this?

As simple as this system is, there are practical implications in choosing either option. Namely in the scenario in which two of the same Actions are fired in quick succession. We assume that in this situation the user expects the two clicks to effectively cancel each other out. In each scenario, the following could occur:

Option 2. clearly shows a situation where the user's expectations will not be met, despite the Actions seemingly representing the user's manipulation of their mental model. But is this strictly true?

Is the user's reasoning of how a checkbox behaves the same as the reduction of state computed in option 2.? Yes, it is. If someone tells you to turn a light on and then again after you've turned it on, you're probably not going to turn it off (but interestingly, you'd probably question that someone's mental... model).

So if the Store is fine is the View to blame? Yes. The View in option 2. controls the Store and inverts the data flow by setting the Store state. It does this by using it's own state that is potentially out-of-date, establishing itself as an (evil) source of truth.

Back to The UX Perspective

So did we miss something when we applied our fundamentals of UX design? Didn't we say that option 2. was better because it considers the current View that a user is seeing?

What we didn't take into consideration when designing option 2. was that the expectations of the user extend way beyond a single action. This is why it is so important to not derive Actions from the View because by doing so we assume that the View matches the user's mental model. We can only hope that our Derived Principles hold; we should not assume that we can short-circuit them.

With that, I leave you with some equations that might make sense.

We use Redux to derive the following:

And in an ideal world, we hope that the user's expected View matches the View that we are about to render:

One way to consider the user's View is a kind of mental "rendering", more commonly known as Reasoning:

, where UserState is the user's current belief as to what the current system State is.

and actually, the user has some idea as to how the State should change too:

What is connect()() function in redux or reactjs ?

What are "Thunk" and `createAsyncThunk` in Redux Toolkit?

Luke Barnard
Frontend dev obsessed with software and software development. Always looking for a challenge and something to blog about.
Why Redux Over Flux?
#react #redux #christmas

Once suspended, luke will not be able to comment or publish posts until their suspension is removed.

Once unsuspended, luke will be able to comment and publish posts again.

Once unpublished, all posts by luke will become hidden and only accessible to themselves.

If luke is not suspended, they can still re-publish their posts from their dashboard.

Once unpublished, this post will become invisible to the public and only accessible to Luke Barnard.

Thanks for keeping DEV Community safe. Here is what you can do to flag luke:

Unflagging luke will restore default visibility to their posts.