As a knowledge worker, chances are that you will be spending a great amount of time sitting in front of the computer. Being a software developer myself, I quickly noticed that whenever I worked for a few hours, I had to have the bad tendency to hunch over the keyboard. Having several more mature relatives and acquaintances that had vocalized back issues caused by working at a desk for a long period of time, I realized that the sooner I started doing something about my posture the better. I had heard of posture correctors but never considered getting till I realized how badly posture could impact my life - I decided to give it a try.

What is a Posture Corrector?

For those that do not know what it is: the premise is that you are wearing a strap around your shoulders, which is designed to make it uncomfortable to slouch. Note that it is NOT designed to keep your posture in shape via force, it simply acts as a reminder not to slouch and helps your subconscious adapt to keeping a better posture even when you are not wearing it. 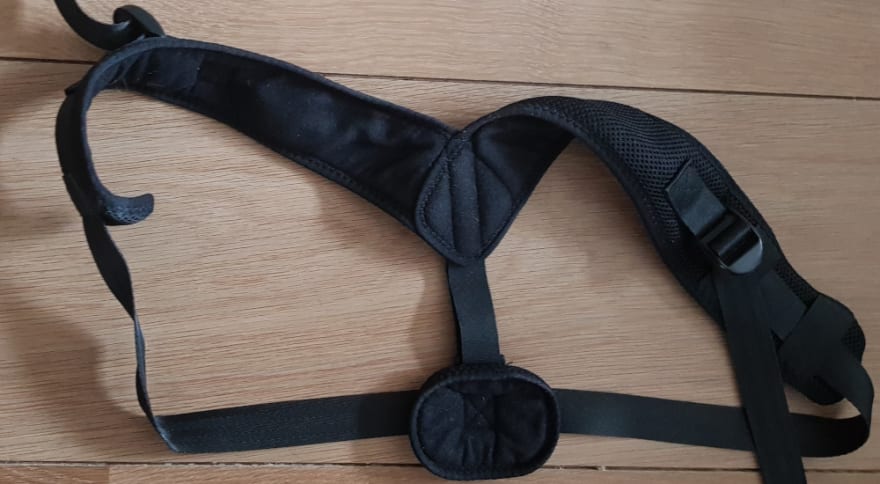 How should you wear the Posture Corrector?

You should make sure the straps are on fairly tightly, but loose enough that you can still type comfortably and aren't in pain (remember: it serves to remind you to keep a good posture, not enforce it). I wouldn't suggest wearing it the whole day, after work I immediately take it off to give my shoulders a rest.

Won't it look weird if I wear this?

One of the biggest positive surprises was that the posture corrector is barely visible underneath just a single layer of clothing. I would recommend two layers of clothing, however, if you want to make sure nobody notices that you are wearing it.

Now, lets get to the verdict. Given that it is designed to be, wearing a posture corrector for the first time is very uncomfortable, but this actually helped me realize just how bad my posture actually was. Over time, as you start sitting straight, you will start to notice it less and less when you are just working at your desk. So yes - it does work pretty well! As aforementioned, I was really positively surprised with the fact that it is also very hard for others to detect that you are wearing one.

One thing that does get annoying is that it remains harder to use your hands for reaching stuff and can lead to some awkward gestures (though this has not been a big issue for me). I should also note that if you stop wearing the device for a week or so, you will probably start slipping back to your old slouching habits fairly quickly. As the following article mentions, the back brace does not actually strengthen your back muscles as it is only designed to remind you to maintain your posture, so I encourage you to do proactive exercises to strengthen your back, regardless of whether you decide to purchase one or not.

Overall, I think it is a good product and given that its actually fairly cheap to buy, I don't see any problem with giving it a try.

Alternatives to the Posture Corrector

I just discussed my thoughts on the posture corrector, but also wanted to share some other alternatives that seem promising and you can consider as well.

Having a desk that is designed for standing can be very good for your posture, since standing is much healthier than sitting. Some more advanced desks can alternate between height levels for standing and sitting, but they are pretty expensive.

Some chairs are designed to be more flexible and allow you to lean back in them, which is a significant improvement over chairs that require you to sit upright and thus encourage slouching.

New advancements in AI have led to new software that can detect your posture through the webcam and send you notifications when you are slouching! This is still very much in the early stages though and most will have some warranted privacy concerns with this sort of technology.

What are your thoughts - do you use a posture corrector or a similar product? I'd love to hear your thoughts!

Frequent writer of code and articles.

GitHub vs GitLab vs BitBucket

SQL vs NoSQL vs both options for Web projects?

React vs Vue: Compare and Contrast