This blog post is the last of a series of 3, called "Enigma: Understand it, implement it, crack it":

If you find any typo please just make the edit yourself here: https://github.com/maxime1992/my-dev.to/blob/master/blog-posts/enigma-part-3/enigma-part-3.md and submit a pull request 👌

During World War II, one of the most valuable assets was communications intelligence. Being able to speak with only your allies and being able to listen your enemies without them noticing was priceless. Alan Turing and many other people managed to read encrypted messages from Enigma using a machine called "The Bombe": 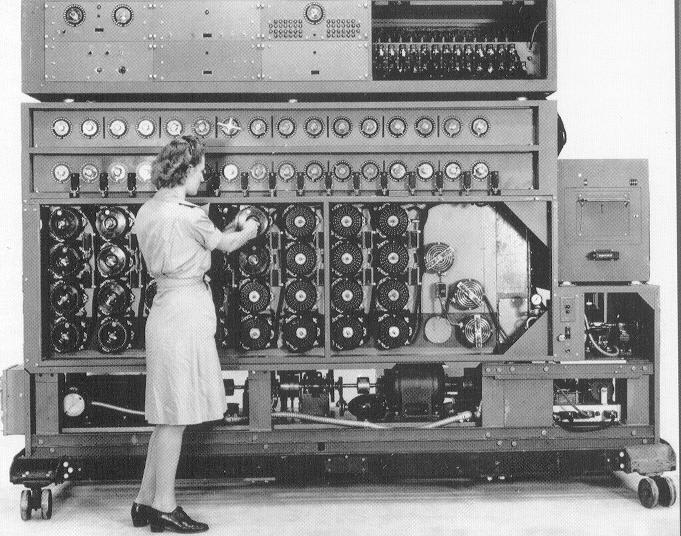 The Bombe - Image from https://www.cryptomuseum.com

That machine was built with 36 Enigma machines to try all the combinations for a given message until you found out from the encrypted message, the original one.

Today, we're going to build an equivalent of that machine using TypeScript and Angular 🙌.

The most complicated part of the series has probably been to build Enigma.

Trying to brute force an Enigma message is probably the funniest one, so let's get to it 😄!

I've written the URL of the demo in the conclusion but I'd recommend to give it a go after reading.

1 - How to detect if a message has been found for one rotor combination?

As you know by now, the main idea is to try all the different combinations of Enigma until we find the original version of an encrypted message. If you've read the first article of the series, you know that with 3 rotors we've got 17576 possible combinations. So we clearly don't want to have to read all of them to know which message is the original one 😱.

In order to tackle that first challenge, I've decided to use a dictionary 📕. Then, for every word of a potentially decrypted message check if the word is into the dictionary. When we reach a given threshold, we consider that the message has been found.

Note: WORDS is a Set of words that I've found on Github. It was originally an Array but I've transformed it to a Set so that checking if a word is into the dictionary is lightning fast ⚡.

Now that we're able to detect if a message is an English one, let see how to generate all the different combinations of Enigma before trying them on the encrypted message.

Have you ever heard of generators in Javascript? A generator lets you create an iterator from a function. It means that you will be able to either manually call next to get the next value or loop over the values, just like you would with an array.

Here's a very simple demo of a generator taken from https://developer.mozilla.org:

The * is here to declare that this function is a generator. Simple!

The yield is here to return a value. Simple too! 🙌

Then we can loop over it:

But why wouldn't we just use an Array for that?

That'd work too! But there's a big difference. Can you spot it?

The generator is lazy. It means that the values are produced only when needed in contrary to the Array that we have to create beforehand and hold into the memory. We had 100 items to display here which is fine, but what if it was 10.000? Or 1 billion elements? Or even... An infinite number 😮? Generators are here for that.

Let's look at the implementation:

We start from [25, 25, 25] which represents ['Z', 'Z', 'Z'] as when we type a letter the rotors are spinning first. So the first combination that'll be run is ['A', 'A', 'A']. Then we loop until we reach the initial combination and yield every possible combination in between.

We're now able to find out if a given message is an English one, generate all the possible combinations and (from Part II) create an Enigma machine. What we want to do next is to try on one encrypted message all the different combinations that we've generated. In order to do that as efficiently as possible, we'll discover a way of dealing with multiple threads in Javascript: web workers 🔥.

Web workers are using a message pattern where on both sides (current thread and the one in the web worker), you can either subscribe to a given message or send one. As Angular and RxJs lovers, how cool do you think it'd be to have an interface letting us dealing with web workers as if they were... Streams? :neckbeard: 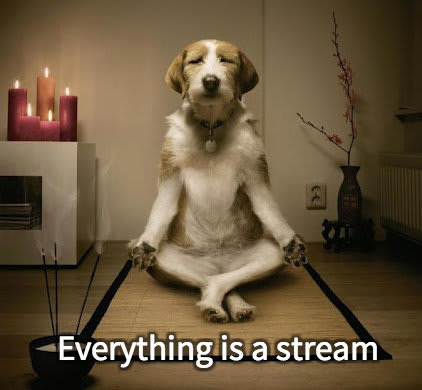 Picture taken from a talk by Rob Wormald that is very inspiring and I'd recommend to watch https://www.youtube.com/watch?v=UHI0AzD_WfY

Hopefully, one of my colleagues (Zak Henry) at CloudNC has made that task a breeze. Really. He created and open sourced a great library that not only manages all the reactive bindings for us between the main thread and the web workers but also allows us to automatically take as many resources as possible. All that, through streams 🙏.

Here's the main idea of what we're going to build: 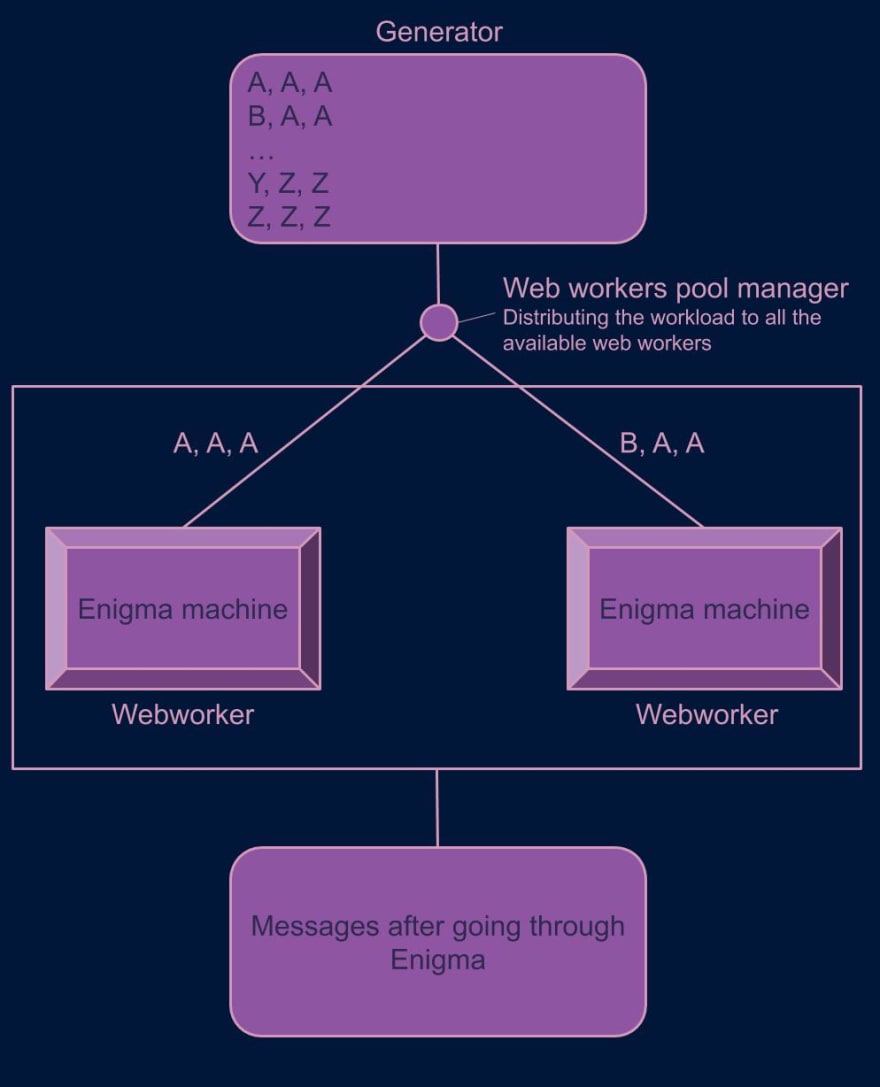 The library I mentioned above is called observable-webworker. Best part?

It's framework agnostic so you could also use it with React, Vue, etc.

Only 2 inputs are needed for the library to work: A workload, which can be either an Observable, an Array, or an Iterable (a generator for e.g.). Second one is the Worker itself. From that, we get a stream with all the values coming back from all the workers, in parallel 🔥.

Also, did I forget to mention that as soon as you unsubscribe from the output stream it'll kill all the web workers? 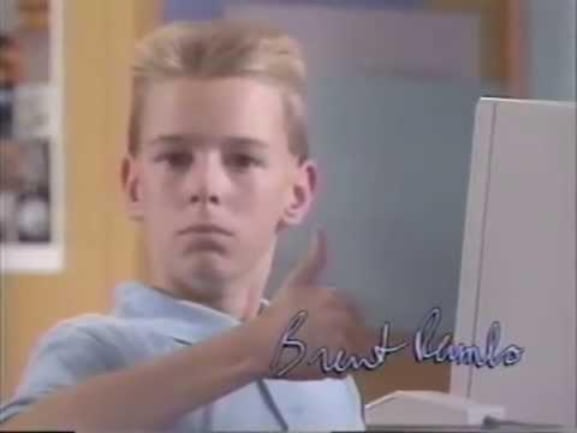 Enough talking, show me the code!

Here's what's happening in the above code:

Then from our component, whenever the input changes we get a new stream to decrypt the new message.

Now that we've got everything ready to brute force an encrypted message, we want to see in the previous component (DecryptComponent) what else is there. But first, let's look at the final output:

☝️ While decrypting a message

☝️ Once a message has been found

Before we get into the code, let's think about the workflow we're trying to achieve here:

Time to work on the code! Let's give it a go with a reactive version:

We will have a look at the whole code and then detail it piece by piece.

A lot is going down here! Let's look at it piece by piece:

☝️ As we're going to work in a reactive way and only display values in the view using the async pipe, it's safe to use ChangeDetectionStrategy.OnPush for better performances.

☝️ We create a FormControl and make sure it can only have characters that can be processed by Enigma (using a custom validator).

☝️ We create an Observable combining the previous FormControl value and status. If the status is invalid, the encrypted text should be considered empty. This will reset the right input instead of being blocked on an old value if the text to decrypt is invalid.

Note the use of shareReplay here. We will be subscribing multiple times to that Observable but we want to share the source. As soon as everyone has unsubscribed from this stream , we want to close it (refCount: true). You can learn more about shareReplay and its parameters here: https://blog.angularindepth.com/rxjs-whats-changed-with-sharereplay-65c098843e95

☝️ We now create an observable representing the decrypted bundle (message if any + index so that we can later compute the number of possibilities that have been tried). It's driven by encryptedText$. Every time encryptedText$ changes, if the message is not empty then we try to launch the Bombe on that message. This gives us back a stream of potentially decrypted messages. We use takeWhile to keep that stream alive while the message has not been found. As soon as the message is found, you'll be able to notice that all the web workers will be shut down.

While here, with the following condition:

If we're decrypting a message and the encryptedText$ observable emits an empty value, we'd return of(null) which is a different stream than the one switchMap did subscribe to earlier. Therefore, it'll close the previous one.

☝️ In order to display the number of combinations tried, we'll create a stream based on the decryptedBundle$ which has an index. The only thing to notice really is the fact that we use a skip(1) because the decryptedBundle$ returns the last value that's been emitted (which could be the one when it found a previous message!). So instead of that, we skip it and use startWith(0).

We've seen how to build the Bombe using TypeScript and Angular by taking advantage of a generator to avoid a high memory consumption and web workers to work on multiple possibilities in parallel. Thanks to the observable-webworker library, we're also able to manage our web workers result as a stream and automatically scale the number of workers used based on the device capabilities.

I hope this series was inspiring for you and that you may have learnt a few things along the way either on Enigma's mechanisms or on the tech side with web workers, generators, etc. Let me know in the comments! 😄

Last but not least, don't forget to checkout the live demo here:

Working With 3rd-Party Script and CSS In Angular

Maxime
Software engineer. Trying to share more on dev.to about my discoveries and side projects. Favourite stack: Typescript, Angular, NestJs.
Building an Enigma machine with only TypeScript and then use Angular DI system to properly instantiate it
#cryptography #enigma #angular
Angular: Easily extract a falsy value from an observable using the async pipe ?
#angular
Enigma machine, how does the famous encryption device work?
#cryptography #enigma

Once suspended, maxime1992 will not be able to comment or publish posts until their suspension is removed.

Once unsuspended, maxime1992 will be able to comment and publish posts again.

Once unpublished, all posts by maxime1992 will become hidden and only accessible to themselves.

If maxime1992 is not suspended, they can still re-publish their posts from their dashboard.

Once unpublished, this post will become invisible to the public and only accessible to Maxime.

Thanks for keeping DEV Community 👩‍💻👨‍💻 safe. Here is what you can do to flag maxime1992:

Unflagging maxime1992 will restore default visibility to their posts.