→ Which option will delight the users?

This is the frequent question I ask myself in my work basis. Hope I'm not the only one!

Designers and engineers waste more time on details and minor decisions in the early stage of designing and implementing new UI but they should realize that designing UI is an iterative process. In fact, it's better for you to not stick on minor details in the early stage of any task. You don't want to hear from me how many hours or maybe days I spent changing the font size by adding or reducing 1px. 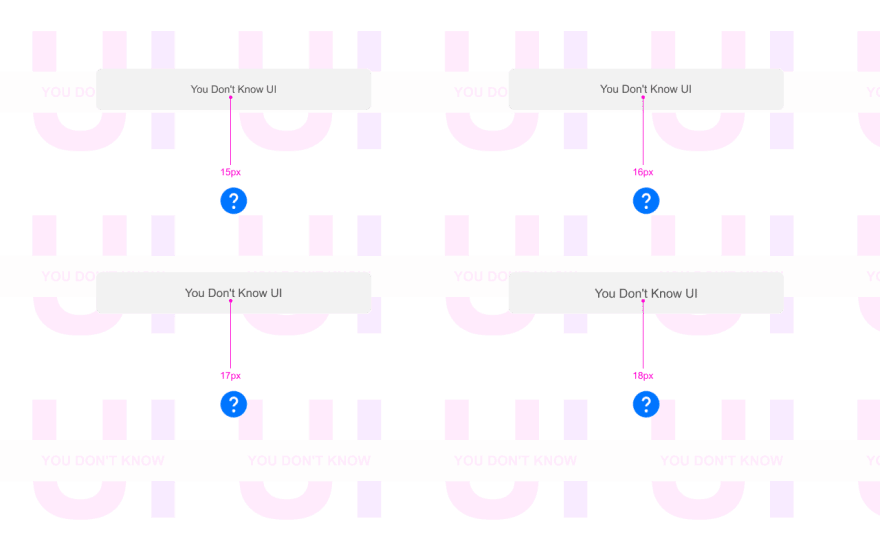 → Do you think that users will notice these changes?

→ Do you think that adding 1px will add more revenue to the company?

Please, don't waste your time on these changes in the early-stage.

From Speed Dating Decision Making – Why Less Is More:

Yet new research does point out a different dating problem: being confronted with a large number of choices can make it harder to make a good decision. In fact, it can even prevent you from making a decision in the first place.

When you're designing without constraints, your process will be very slow, and you will never end up with a choice. Let me clarify with this example: 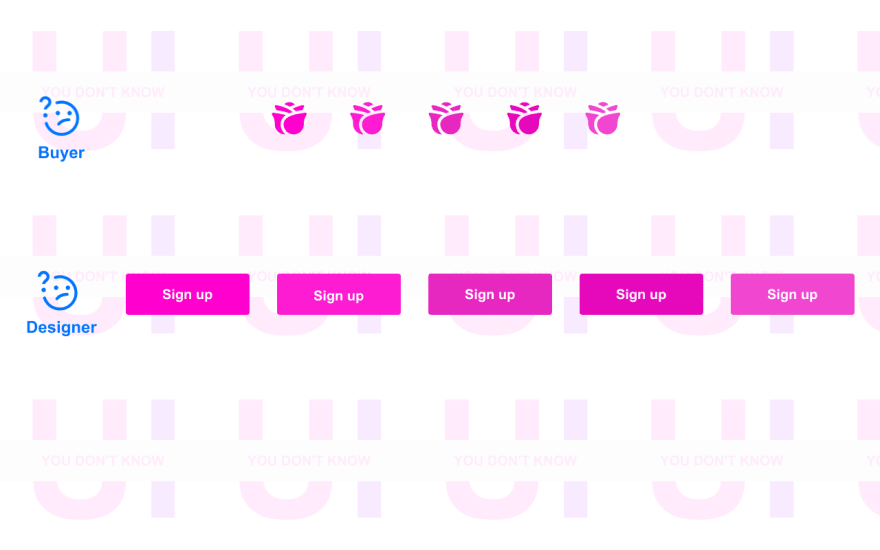 As you see in the above image, the first scenario is for a buyer who wants to choose a flower for his wife but he's seeing flowers with different colors and they are almost similar which makes the decision so hard for him. The second scenario is for a designer who gets confused between these buttons where it's almost to see the difference between their background colors.

So how can we limit our choices for our user interfaces?

When I was a student, I remember when we were working on the design of the website with my teammate, and because we had not a system for the colors, we were picking a color randomly each time from the color picker and we see how the color looks in the UI. But after I discovered and read Material Design, I figure out how companies choose their colors.

So, instead of hand-picking values randomly, create your palette from the beginning, there are dozens of online generators that can help you to make your decision. You can choose from 6-8 shades and expand when you need more colors. 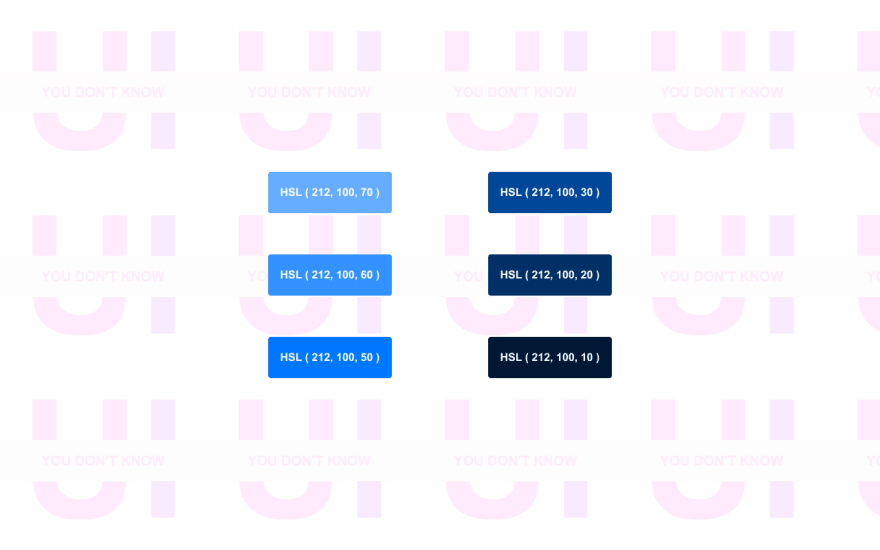 Choose one or two font families:

It's hard to achieve consistency in UI and most of the time over designing is the reason behind losing it.

Having more than two font families will make your brand less-memorable like the logo and the content becomes more inconsistent for the reader. Obviously, choosing the font family is very hard in the early stage and my recommendation is to choose the one that fits the personality of the product.

Similarly, don't do what I was doing by adding or reducing 1px until it looks perfect. You may waste 2 hours without taking a decision. Instead, create a stylesheet for your typescale in advance. 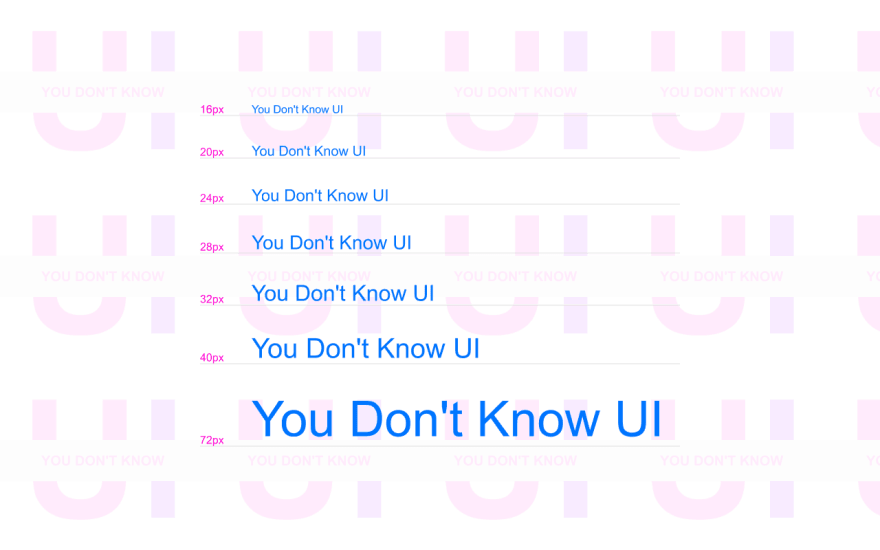 Defining a system for the sizes of the icons in advance will save you time later.

For example, you can constraint yourself by 4-based or 6-based scale. Your options will be : 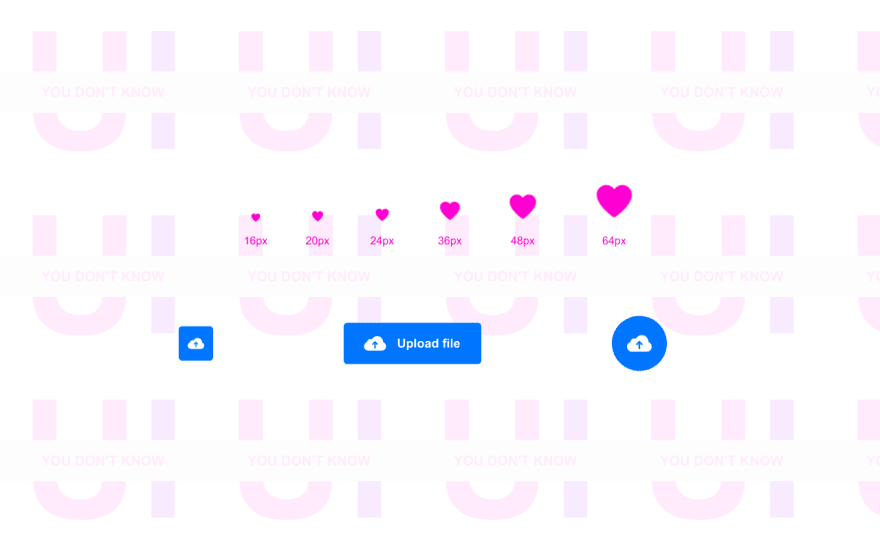 Opacity values confuse me a lot because it's so hard to see the difference between them.

Personally, I choose a 5-based opacity-scale and I limit myself by 4 values:

In CSS3, this is equivalent to: 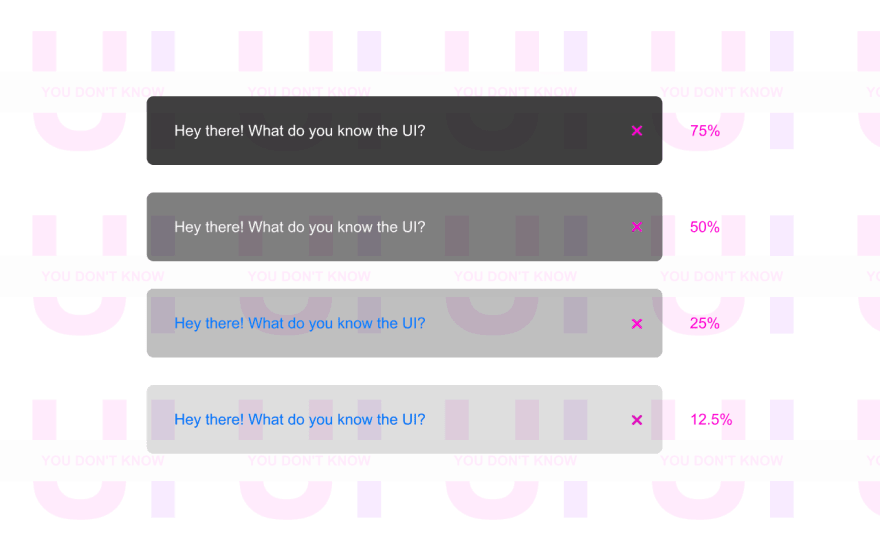 Having some choice is better than having no choice at all. But there is a limit. As it turns out, having more choices isn’t always a good thing.

An inspiration for web design: Where you can go and a career based on maisyleigh

10 Keys to WINNING with an Awesome API Developer Experience!

Top 5 free Figma UI kits to use in your projects

Menai Ala Eddine
Making UI more delightful. User Interface & React-focused Engineer with a vision to bridge the gap between traditional boundaries of development and design.
Visual Hierarchy : Definition
#design #ux
Ask yourself these questions before you design
#ui #ux #design
Why you should create design systems, not pages?
#ui #ux #design