Hey guys so I've been reading about design patterns and I had a lot of difficultly picking it up.
I later realized it might be because my primary language of choice is JavaScript which is a functional programming language.
Even though JavaScript did provide classes in ES6 update, I personally never got around using it and now that I have finally switched to TypeScript I had an inventive to learn about Object Oriented Programming.

So in a nutshell the first step to learning Design Patterns would be to understand Object Oriented Programming. So here's a short excerpt which made me realize what is Object in Object Oriented Programming and i think this would make a great start to my next series which is going to be about "Design Patterns in TypeScript". ( GitHub repo link at the bottom of the article )

How do people do things ?

Let’s say that you were an instructor at a conference. People in your class had another class to attend following yours, but didn’t know where it was located. One of your responsibilities is to make sure everyone knows how to get to their next class.

To do this would require the following procedures:

I doubt that you would actually follow this approach. Instead, you would probably post directions to go from this classroom to the other classrooms and then tell everyone in the class, “I have posted the locations of the classes following this in the back of the room, as well as the locations of the other classrooms. Please use them to goto your next classroom.” You would expect that everyone would know what their next class was, that they could find the classroom they were to go to from the list, and could then follow the directions for going to the classrooms themselves.

What is the difference between these approaches?

Shifting responsibility from yourself to individuals . . .

The biggest difference is this shift of responsibility. In the first case, you are responsible for everything; in the second case, students are responsible for their own behavior. In both cases, the same things must be implemented, but the organization is very different.

What is the impact of this?

To see the effect of this reorganization of responsibilities, let’s see what happens when some new requirements are specified.

However, in the second case—where people are responsible for themselves. I would just have to write an additional routine for graduate students to follow. The control program would still just say, “Go to your next class.” Each person would simply follow the instructions appropriate for himself or herself.

This is a significant difference for the control program. In one case,it would have to be modified every time there was a new category of students with special instructions that they might be expected to follow. In the other one, new categories of students have to be responsible for themselves.

There are three different things going on that make this happen.
They are:

The object-oriented paradigm is centered on the concept of the object. Everything is focused on objects. I write code organized around objects, not functions.
The advantage of using objects is that I can define things that are responsible for themselves.
Objects inherently know what type they are. The data in an object allow it to know what state it is in and the code in the object allows it to function properly (that is, do what it is supposed to do).

Working with objects in the example.

Writing the “Go to the next classroom” example using an object-oriented approach is much simpler. The program would look like this:

Here's the GitHub repo I've begun to maintain regarding my learning experience of Design Patterns. It would be awesome to have some contributions in terms of setting up issue templates and what not as I don't have experience doing so. 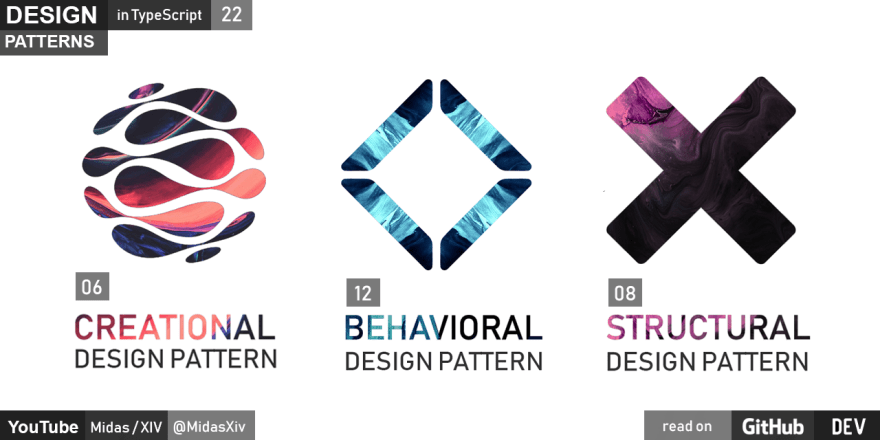 In software engineering, a software design pattern is a general reusable solution to a commonly occurring problem within a given context in software design. It is not a finished design that can be transformed directly into source or machine code. It is a description or template for how to solve a problem that can be used in many different situations.

This article assumes you are reasonably proficient in at least one object-oriented programming language, and you should have some experience in object-oriented design as well. You definitely shouldn't have to rush to the nearest dictionary the moment we mention "types" and "polymorphism," or "interface" as opposed to "implementation / inheritance”.

But I'll try to keep the literature as simple as possible.


Don't worry if you don’t understand

Note : the only intent of this article is to raise awareness about the book and maybe point to concepts self taught programmers maybe unaware of.

This is a short excerpt from the book Design Patterns Explained Book by Alan Shalloway and James R. Trott.