This past Summer, I was lucky enough to spend the better part of a week at a nice house on a small lake with some family (parents + 3 siblings and their family) and our kids (5 kids between 11 and 6) were obsessed with playing local co-op Minecraft with each other.

While I know that Microsoft sells access to Minecraft Realms of $8.00 a month or so, I wondered what it would take to host it on AWS. So I did a little bit of digging and discovered some guides to hosting a Bedrock Minecraft server on Amazon Lightsail.

AWS itself has posted a guide to deploying a Java based Minecraft server on Lightsail but that would not work with the assorted iOS and Android tablets running the Bedrock version. So I decided to modify the instructions and try to get the bedrock version running.

One of the nice things about Amazon Lightsail is that you can budget for them due to their pricing models. 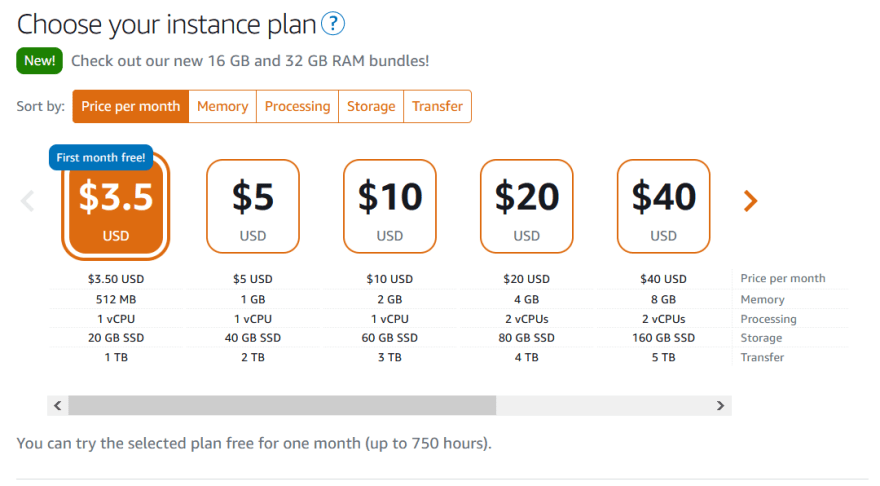 Start the server and install Minecraft

For my minecraft server I went with the smallest instance because it was free for a month and I could always take a snapshot of my instance and upgrade if I need to. I set everything up with OS only on Ubuntu 18.04 and created the instance with the Launch Script that will follow. 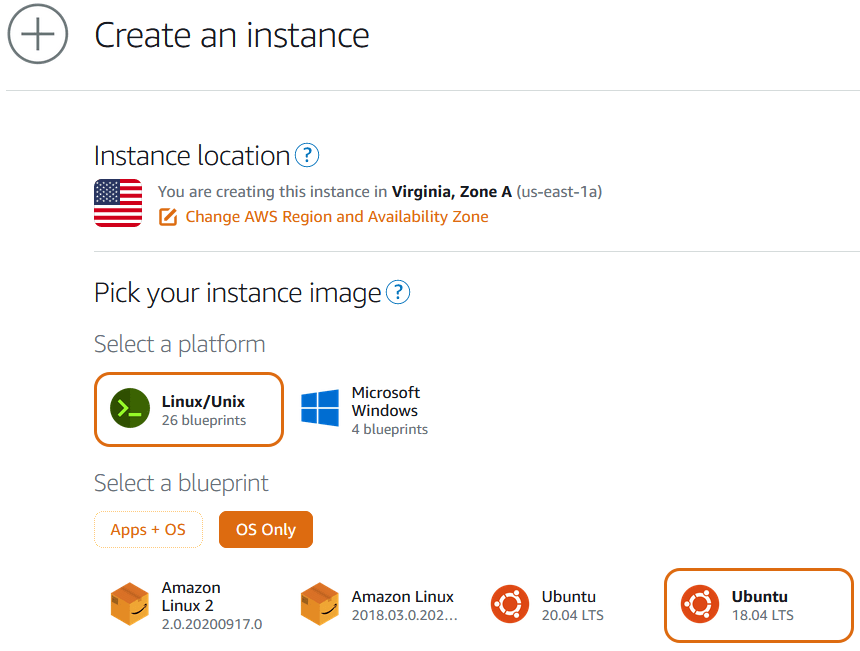 Note: you do not need #!/bin/bash or anything like that in the launch script box before your commands. Additionally, everything in here will be run as root so there is no need for sudo or elevation of privileges here.

Explanation of the script

This command will update the list of available packages for your ubuntu box. They are not installed until 'upgrade'

This will install the unzip utility we will need to unzip the Minecraft server download.

This will navigate to the home directory where you find yourself when you SSH in to the server.

This will use the utility you previously installed to unzip your download into your ubuntu folder.

This will generate a script that can start the server.

This will make that script executable.

This will begin to upgrade all of the packages that the 'update' command identified as upgradable. The reason that this is not right after the update command is that it will fail part of the way through because it will pop up a GUI input that can't be skipped over with the -y attribute. But the package that we need upgraded to get Minecraft to work happens so 🤷. I would recommend that you run sudo apt-get -y upgrade on your own, but maybe get that first game of Minecraft in first!

Note: it takes about 30 seconds for the instance to show as running, 60 seconds to be able to SSH into it, and about 120 seconds for the script above to (kinda) complete. So hold your horses and take care of the networking steps while you wait!

Once your instance enters the 'running' state and turns orange, click on the name or the hamburger menu and select 'manage.'

Click on the Networking tab and enter the rules to allow traffic to the ports the server is listening to. The Bedrock server listens to 19132 by default (and it is auto entered in clients) but you can change that if you choose later. Make a rule to allow UDP traffic to this port. 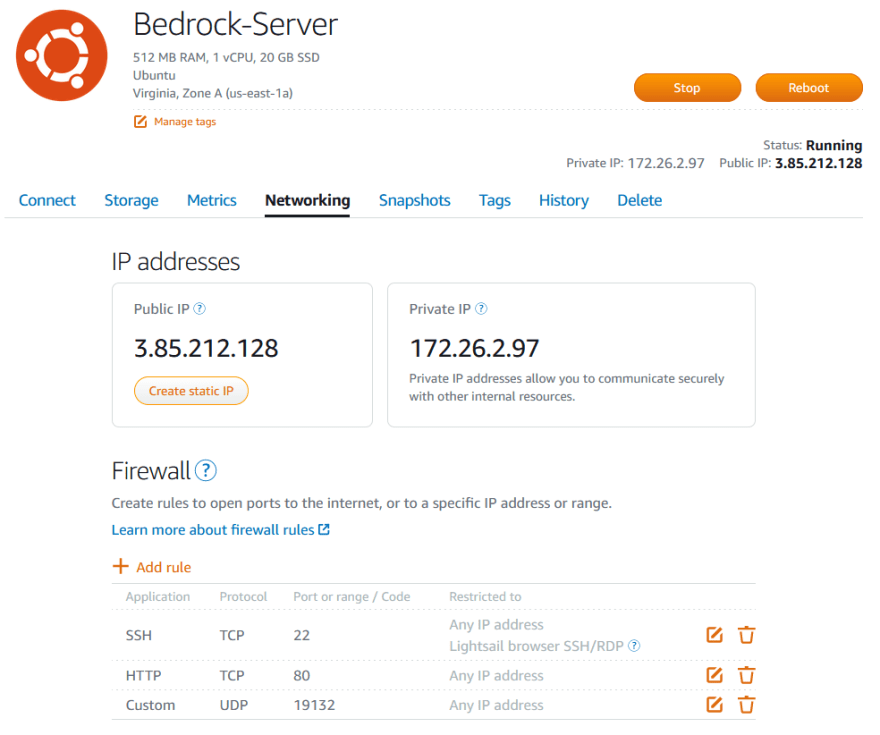 To start the server you will want to SSH into it. To do that click on Connect at the top and hit that big orange Connect using SSH button.

Once in, verify that the script ran by entering ls

If it has been 2 minutes from when you initialized the instance, everything should be in order, but you can check by starting up the Minecraft server and seeing if there are any errors.

If it gives you an error, wait a few more seconds and try again. If everything is working, you will get the following output:

Wahoo!! You can now join this world by entering the public IP address on the 'Connect' page into your Minecraft client.

Allow the server to run in the background forever

As it stands, the Minecraft server will shut down if you enter Ctrl+c or the SSH window times out or closes. This is not optimal. To run the server windowless and allow the SSH connection to close, run the shell script like this:

The default server is called 'Dedicated Server' and the game is a survival game blandly named 'Bedrock Level.' These properties, and many more, are stored in the server.properties file. Edit it using vim or your editor of choice. A guide can be found here.

A note about Amazon Lightsail

You start with some burst credit, but as you utilize the Minecraft server, you could run out and gameplay could suffer. I found that this wasn't too much of a problem for my use case because once the vacation ended, the ability for the kids to coordinate time to play together was reduced and allowed the credits to fill up to the point where there were plenty when they did get together. Of course, a larger instance IS also an option. See what is right for you!

Once suspended, misterjacko will not be able to comment or publish posts until their suspension is removed.

Once unsuspended, misterjacko will be able to comment and publish posts again.

Once unpublished, all posts by misterjacko will become hidden and only accessible to themselves.

If misterjacko is not suspended, they can still re-publish their posts from their dashboard.

Once unpublished, this post will become invisible to the public and only accessible to Jakob Ondrey.

Thanks for keeping DEV Community 👩‍💻👨‍💻 safe. Here is what you can do to flag misterjacko:

Unflagging misterjacko will restore default visibility to their posts.