Synpse is an end-to-end platform to manage your device fleet that can grow to hundreds of thousands of devices, perform OTA software updates, collect metrics, logs, deploy your containerized applications and facilitate tunnel-based SSH access to any of your device. You can find a Quick Start here. 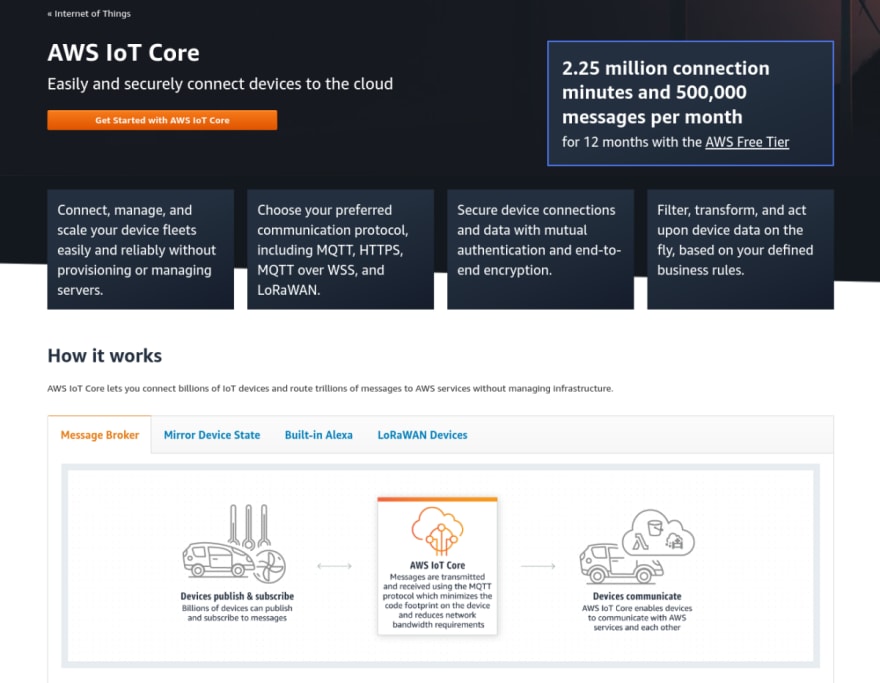 We often get questions about how Synpse is compared or competes with the AWS IoT Core service. The short answer is that they operate in slightly different domains. AWS IoT Core focuses on application connectivity of the devices while Synpse targets deployment of the applications that may or may not be using services such as IoT Core.

The best results are achieved when solutions are used together. For example, when you build an application locally that utilizes AWS IoT Core message broker or device state services and then use Synpse to distribute your application to thousands of devices.

Disclaimer: While the AWS landing page says "Easily and securely connect.." we found that it's not true. Setup is quite complicated so buckle up, backaroo!

In this tutorial, we will deploy a simple open-source application that collects metrics and send them to AWS IoT Core for further processing. All code for this blog post can be found at:

For this application to work we need to setup AWS IoT Core and its pre-requisites. AWS uses certificate authentication by default for all IoT devices.

Inside AWS IoT Core page navigate to Manage sub-page. Create a "Thing" with AWS generated certificates. Download certificates to your workstation. We will need them later.

Inside the AWS IoT S3 page, create an S3 bucket for metrics to be stored. We gonna use it later

Go back on the IoT Core page navigate to the ACT subpage. We will create a new Rule for our metrics. Rule creation involved multiple steps, like creating the rule itself, granting access with policy and finalizing the setup.

We will need to create a policy to publish events, and attach it to the certificate we generated

Attach the policy to a certificate, used by "Thing"

You will need an endpoint for your IoT Core. You can get it via CLI:

Or navigate via UI:

We have downloaded certificates in the first step. Let's create Synpse secret with those certificates

Once running, you should see the application running and data coming into the AWS S3 account 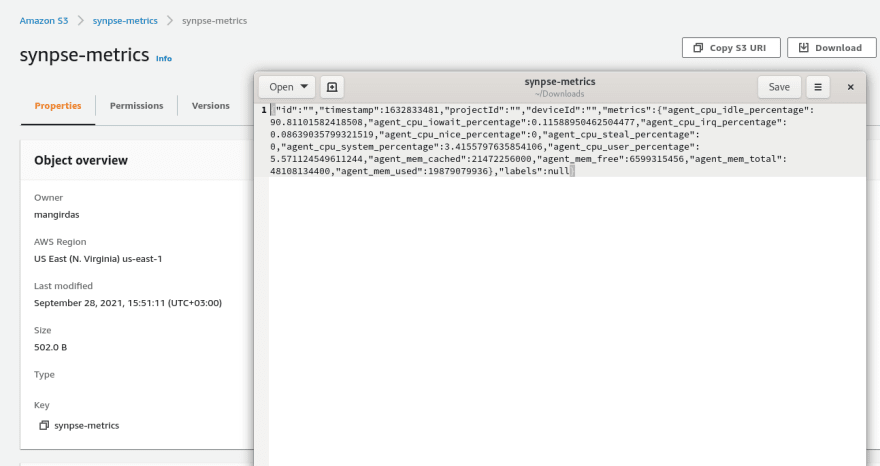 At this point, you might thing "This was not as hard as you told us". We did all the steps using AWS Console UI. Github repository contains more detail steps how to achieve same result via CLI. Good luck :)

Things to look for

AWS CLI was a disaster 5 years ago and it still is. Either API is consistent or CLI should be advanced enough to abstract inconsistencies. In AWS case API documentation is very poor, and if it is there, it just doesn't work. But if you are comfortable "clicking UI" - you are good. In my personal opinion
AWS still does a good job to keep their things proprietary.

This is a simple way to use AWS IoT Core with Synpse. When it comes to consuming and managing a lot of data, constructing complex applications and integrating seamlessly into your current infrastructure - nothing can beat public cloud. But where the cloud is lacking - IoT device and application management.

Public cloud providers are built on assumption that they will manage infrastructure for you. When it comes to devices itself - hardware is owned by you so there's little incentive for them to manage fleets of machines that they can't be properly billing for.

If you have any questions or suggestions, feel free to start a new discussion in our forum or drop us a line on Discord

Migrating Wordpress from GCP to AWS

Once suspended, mjudeikis will not be able to comment or publish posts until their suspension is removed.

Once unsuspended, mjudeikis will be able to comment and publish posts again.

Once unpublished, all posts by mjudeikis will become hidden and only accessible to themselves.

If mjudeikis is not suspended, they can still re-publish their posts from their dashboard.

Once unpublished, this post will become invisible to the public and only accessible to Mangirdas Judeikis.

Thanks for keeping DEV Community 👩‍💻👨‍💻 safe. Here is what you can do to flag mjudeikis:

Unflagging mjudeikis will restore default visibility to their posts.