The Telescope is the open source project that maintains by Seneca College. The Telescope is an open source web servce and client application gathers all blog posts from variety of platforms such as WordPress, Medium, Dev Community, and many others and presenting as timeline. 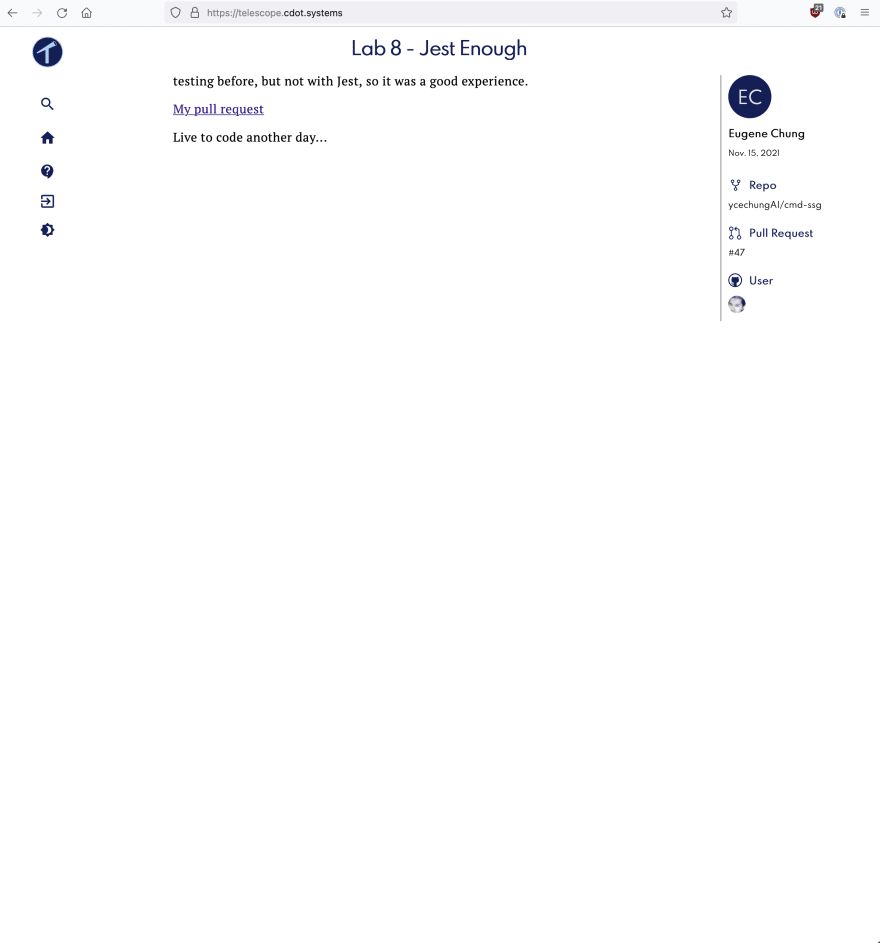 The issue is one of blog post contain many lines of <p><br><p> at the end of blog post. This numerous of line break tag that wrap with paragraph tag interrupt view other blog posts.

The issue is very simple to fix. In the

The logic already has been made for the &nbsp non-breaking space. Therefore simply add one more condition || paragraphInnerHTML.trim() === '<br>' that catch if the <p> contains only <br> tag for remove the

The issue supposed to be easily resolved. However there is two things that I have faced the challenge.

The reason that remove-empty-paragraph.js is not called is actually function never get called. I think the empty &nbsp treats as edge case so I think the code was missing. Therefore I have create the code for invoking the function
The second challenge has been resolved with the advice from David who is instructor of this course. His advice is create unit test case for testing my logic is whether pass or fail. Therefore I have created

The output is pass! My logic is correct but I do not see the any change on the Telescope running in local. I have no idea why my change does not reflect to the Telescope. So I have asked this issue to our Telescope Slack channel. Thankfully Josue and Duc Bui Manh helped to resolve this issue. They suggested me to delete old redis-data and re-run the application that also update database to fetch the blog posts. It takes while the elasticSearch crawls the all the blog posts but finally I have the expected result. 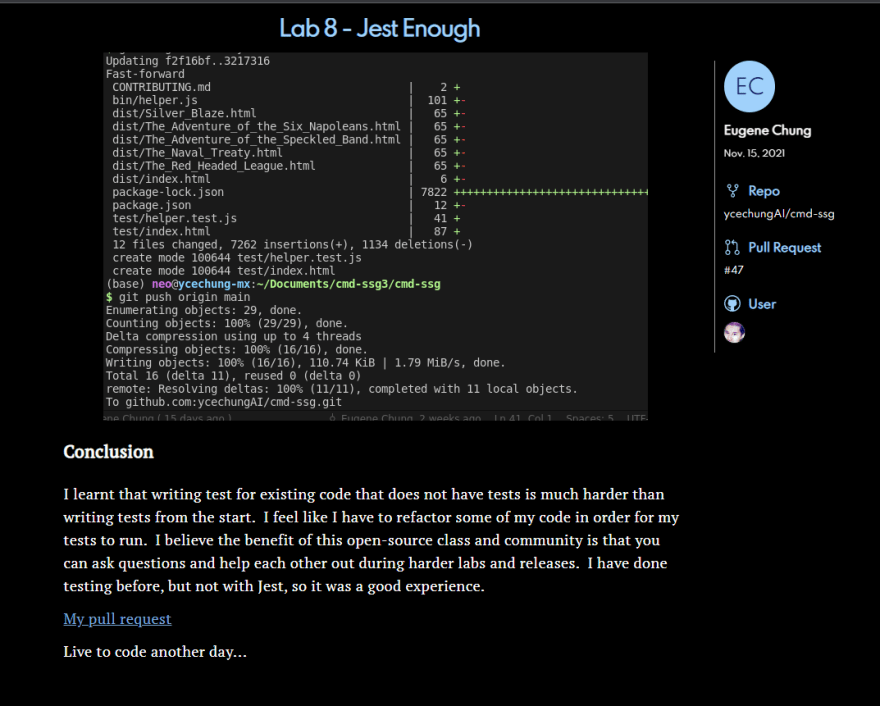 During the time in Hacktoberfest, I have contributed 4 small projects. It is such a good experience to contribute to large open source project Telescope.

How I built Nike’s Ecommerce Features with Medusa

How I Built a Food Ecommerce Restaurant with Next.js, Paystack and Medusa

Framr - Give Your Demo Video a Fancy Gaussian Blur Frame

Once suspended, mkim219 will not be able to comment or publish posts until their suspension is removed.

Once unsuspended, mkim219 will be able to comment and publish posts again.

Once unpublished, all posts by mkim219 will become hidden and only accessible to themselves.

If mkim219 is not suspended, they can still re-publish their posts from their dashboard.

Once unpublished, this post will become invisible to the public and only accessible to Minsu Kim.

Thanks for keeping DEV Community 👩‍💻👨‍💻 safe. Here is what you can do to flag mkim219:

Unflagging mkim219 will restore default visibility to their posts.