Imagine you have this awesome web app that will make you very rich someday. This app has some end-user tests. You used Selenium to automate all the manual stuff requiring a browser interaction.
As your app gets bigger, end-user tests are taking more and more time that could be spent on something else.
You recruit more QA engineers, and they all have to configure selenium, chrome driver, and a proper browser binary. This gets cumbersome and error-prone.

We can do it with serverless chrome!
It's just a chrome binary designed to be used on AWS Lambda (at the moment of writing this article GCP and Microsoft Azure is not yet supported).
Let's build a very simple web scraping app with it. We are going to write it in Ruby - If you prefer writing in Python, here's an article for you.

Note: Your lambda function, s3 bucket, role, and the user should be created in the same region.

Create an IAM role and attach to it existing AWSLambdaFullAccess policy. Here is a tutorial for creating roles.

Create an AWS user and attach to it the same policy as above.
Here is a tutorial for adding new users.
Write the access id and secret that you have obtained. Set them as the environment variables (link) and configure them in your AWS profiles.

Create an AWS S3 bucket. Here is how to do it.

Now let's go to the AWS console again and create our lambda function.

When asked to enter the basic information for your function, add a name you want and choose Ruby 2.5.

Once it's created, go to the "Basic settings" in the function view and set the memory to 512MB and the timeout to 1 min. 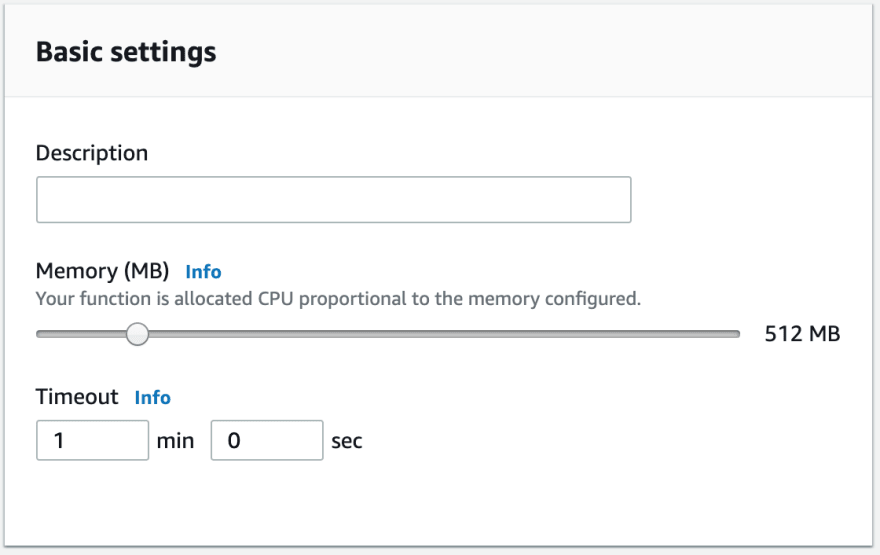 Have a look at the template for our function:


Also, assign the role that we have created earlier as the execution role. 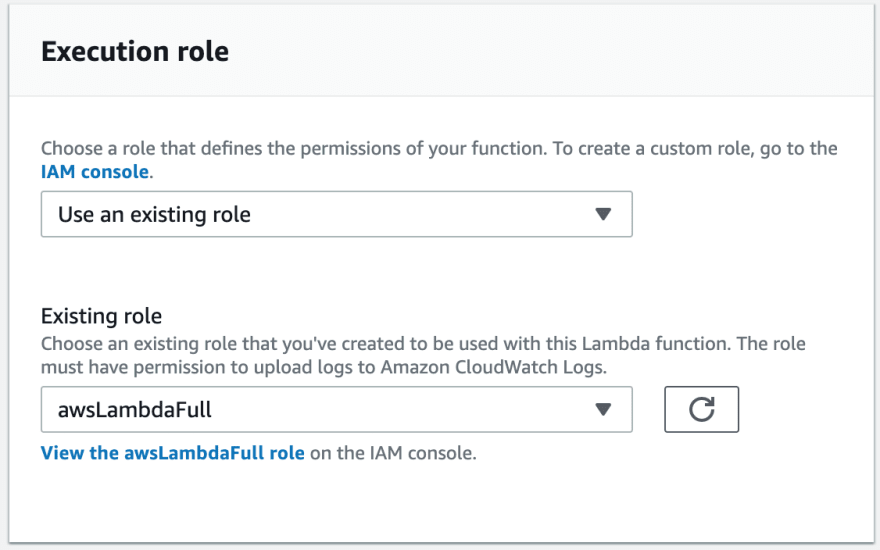 First, we need to create a Gemfile for our project with the following content:

Once we have the Gemfile, we can install the required gem and its dependencies:


Note the location we are installing it to. We will need to include this folder in the package deployed to AWS S3.

The first thing we will need is to set up a selenium driver.
Note how we are passing paths to the binaries we have just installed.

Next, let's implement the lambda function itself.

Here I am just using selenium webdriver API to send some input into google.com and show me the browser title. If you would like to know the details or experiment a little with it, check out the selenium API docs. Do not forget to tell the driver to quit in the end!

I am just going to add some additional driver options to make it more efficient:

If you're using macOS or Windows, you will need to test your code with Docker. The good news is that there is an image provided by AWS that mirrors the lambda environment and we can use it directly. We use --mount flag here to set /dev/shm permissions to read-only.

Run those commands in order to zip our code and its dependencies, upload it to S3, and update our function from there.

We are ready to invoke our function! Do it with aws lambda invoke --function-name your_function_name output_file in your terminal, or use the "Test" button in the function view in the AWS console.

Installing AppMap in Mastodon with VS Code

Once suspended, mknycha will not be able to comment or publish posts until their suspension is removed.

Once unsuspended, mknycha will be able to comment and publish posts again.

Once unpublished, all posts by mknycha will become hidden and only accessible to themselves.

If mknycha is not suspended, they can still re-publish their posts from their dashboard.

Once unpublished, this post will become invisible to the public and only accessible to Marcin K..

Thanks for keeping DEV Community 👩‍💻👨‍💻 safe. Here is what you can do to flag mknycha:

Unflagging mknycha will restore default visibility to their posts.