The source code for the topics discussed in the post can be found at https://github.com/ML-Scratch/ML_Code_From_Scratch

Linear regression is a very basic supervised learning model. It is used when there is a linear relationship between the feature vector and the target , or in simple terms between the input and output we are trying to predict. Linear regression serves as the starting point for many machine learning enthusiasts and understanding this model can greatly help in mastering the more complex models in ML.

When should you use Linear Regression?

As the name suggests, Linear Regression involves fitting the best fit straight line through the data. Consider a dataset consisting information of used cars and the prices they were sold for. For example, it consists of the number of kilometers the car traveled and the price it was sold. As one might realize, there could be a linear relationship between the number of kilometers traveled and the selling price. 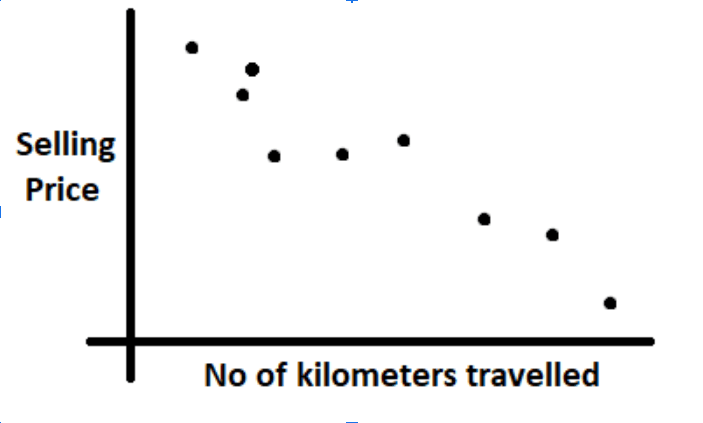 A visualisation of the data like in the above image makes it clear that a straight line can be fit for this kind of data. One should also note that in most of the cases it is impossible to fit at line that passes through all the points in the dataset. The best we could do is to fit a straight line that looks like passing through most of the points and we will see in the coming sections how we could do so. Once we fit a line through this data i.e generate a line equation, we can start predicting prices by plugging in the number of kilometers the car has traveled into the line equation.

The math behind the working of Linear regression is not at all complicated. For simplicity let’s assume we have only one feature i.e the no kilometers traveled (let's call this X) in the dataset and one column with the selling prices of these cars (let's call this Y).

So our job is now to find out the right m and c values so that we can make an ideal straight line that passes through most of the points in the dataset.

How to decide if a line is good enough?

Now that we understand the line equation, how should we decide if the line equation we are using the best fit line or not. An obvious way to do this is to plot the line against the dataset and visually decide.

However this is not practically possible for huge datasets with large no of features, which is often the case with most of the real world datasets. Hence we use a simple mathematical formula called the cost function to decide if a given line is a good fit or a bad fit to the data.

The cost function calculates the square of the error for each example in the dataset, sums it up and divides this value by the number of examples in the dataset (denoted by m).

This cost function helps in determining the best fit line.

Note: The division with 2 is to simplify calculations involving the first order differentials

Arriving at the best fit line 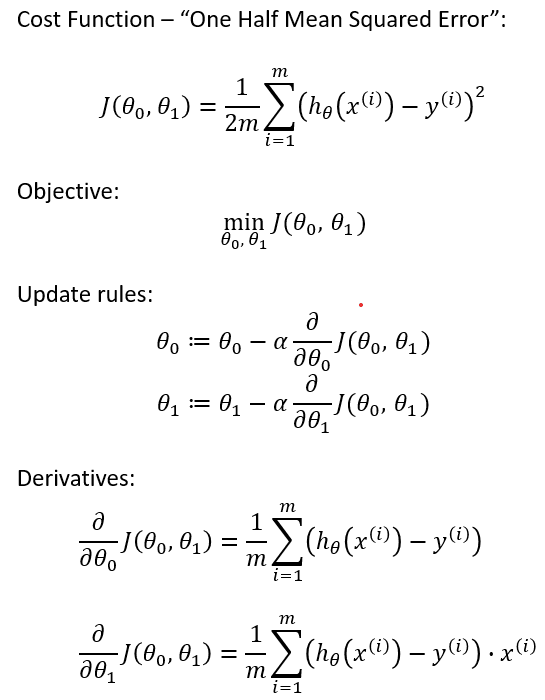 Gradient descent makes small changes to existing θ0 and θ1 values such that they result in more and more smaller cost function values. The changes to θ0 and θ1 are performed as follows.

Let's try to understand, what this updating to θ0 and θ1 mean? 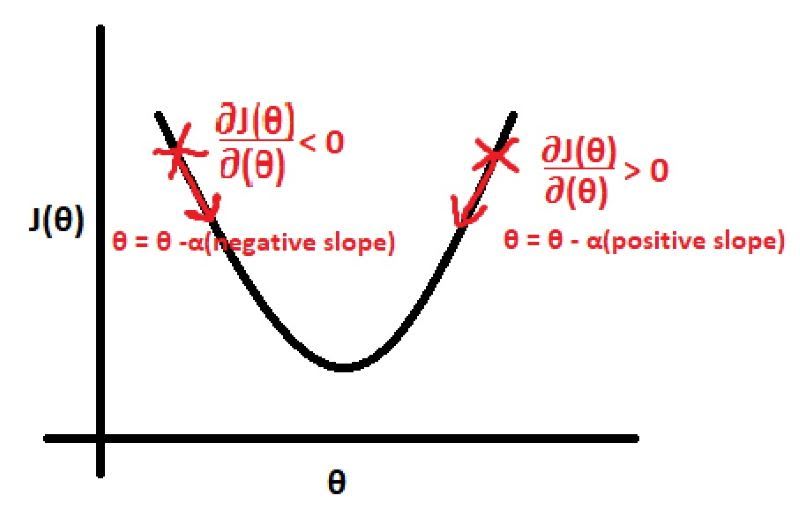 Now that we know if we have to increment or decrement θj, next we have to determine by how much θj should be changed. This is what α or the learning rate indicates. Larger the α value, the larger is the updation for θj and vice versa. The value of α should not be too small as it will result in very slow convergence to the best fit line and it should not be too large as we might miss the values of θj which result in the best fit line.

One set of updations of θj is called an iteration of Gradient Descent.

This process of updation is repeated till the point where the cost function value remains largely unchanged. 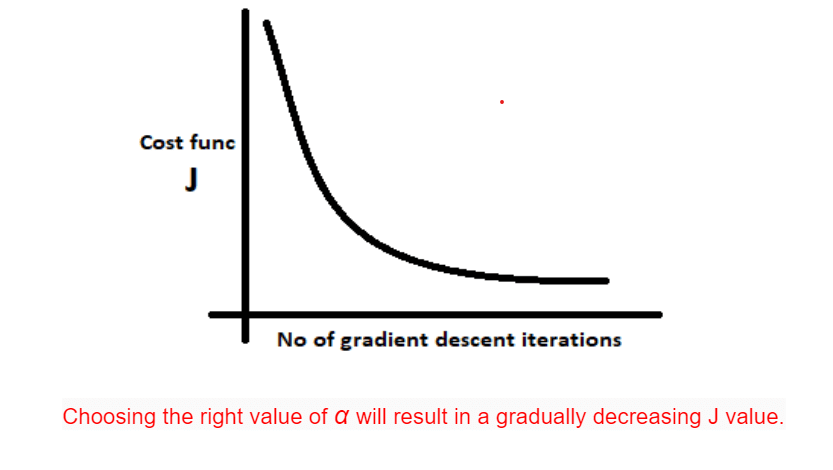 After a sufficient number of iterations of gradient descent, we can visually check the performance the line by plotting it against the values in the dataset. If everything goes right, you should have a pretty decent line. You can now use this line equation to make predictions for any given X value (or the number of kilometers traveled).

This series is made possible by help from:

Once suspended, ml_scratch will not be able to comment or publish posts until their suspension is removed.

Once unsuspended, ml_scratch will be able to comment and publish posts again.

Once unpublished, all posts by ml_scratch will become hidden and only accessible to themselves.

If ml_scratch is not suspended, they can still re-publish their posts from their dashboard.

Once unpublished, this post will become invisible to the public and only accessible to Suraj J.

Thanks for keeping DEV Community safe. Here is what you can do to flag ml_scratch:

Unflagging ml_scratch will restore default visibility to their posts.