Recently I started working on a Rails project without having a good name picked out, so I gave the application a temporary one for the time being. I ended up with a Github repository and a Heroku app that used that temporary name, but after finally thinking of the perfect name, I naturally wanted to update it everywhere. This is how I did it!

For reference, this is the setup of my app:

Github will take care of forwarding to the new URL whenever the old URL is accessed, for example when you push or pull, but I think it would be better to make sure the remote URLs on your local machine also match up.

To update the remote on your computer, first, grab the new url from the repository page on Github, which you can get from the "Clone with SSH" button. 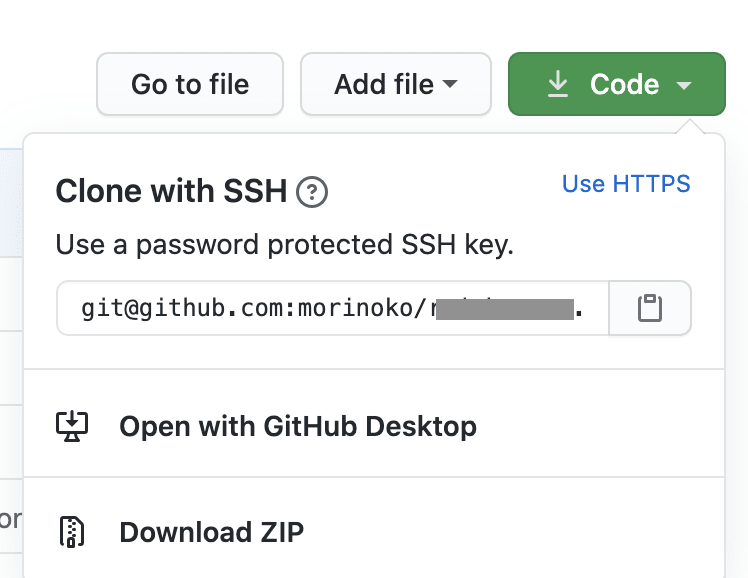 Next, navigate to the directory where your Rails app lives on your local machine.

You can check the currently registered remote URL that connects the git repository to Github with the following command (assuming remote is named "origin", which it should be unless you changed it):

At this point, it should still display the old remote URL, something like git@github.com:your-username/old-repo-name.git.

To update it, enter the following command using the URL you copied from Github:

You can double check that it got updated by running the git config --get remote.origin.url command again.

Okay! That should take care of the Github side! Next, let's update things on the Heroku side.

Rename the app on Heroku

This is done easiest from the command line because it will also automatically update the remote URL for Heroku as well. Type the following command in the command line from within the app's directory, replacing new-name with new name of your app:

Simple as that! You can check to make sure the remote URL for Heroku has been updated with the following command:

If you navigate to your Heroku dashboard online, you will see that everything has been updated!

Well, almost everything... If you had the Github repository connected to Heroku under the "Deploy" settings, it will still have the old Github URL. Though Github will automatically redirect any access to this URL, you might want to update it here too. Just use the "disconnect" button to disconnect and then reconnect to the newly renamed repository.

Although you don't technically have to rename the databases, you may want to anyways just to be consistent.

Depending on how you set up your data for the development environment (if at all), you can run into a few different situations:

Situation 1: You have a db/seeds.rb file for all your data

First, drop (= destroy) the database with this rails command:

Rename the development and test databases in the config/database.yml file, replacing new_name with the actual name you want to use:

Run rails db:setup to recreate the databases and fill it with your seed data.

Situation 2: You don't have seed data, but don't care if everything is erased

First, drop (= destroy) the database with this rails command:

Rename the test and development databases in the config/database.yml file as described above.

Then run rails db:create and rails db:migrate to set up a sparkling new database with a new name.

Situation 3: You don't have seed data, but you want to make sure no data gets erased.

I am using a PostgreSQL database in my development environment and have PostgreSQL installed locally, so this explanation will be specific to this setup. If you're using a different database locally like Sqlite, you'll have to look up the specific methods for that database.

If you do need to backup data you had for development, you can use the pg_dump tool provided by your PostgreSQL database.

I used this tutorial, Backing Up and Restoring A Database, as a reference, so check it out for more in-depth explanation.

Create the backup file with the following command on the command line from within the Rails app directory, replacing app_name_development with the actual name of your database listed in the config/database.yml file:

-F t formats the file into a tar file. development_backup.tar is the name for the backup file, which you can name it anything you want.

Learn more about the pg_dump command in the PostgreSQL documentation

After the running the above command, a database backup file should have been created in the root directory of your Rails app.

Drop (= destroy) the database with the Rails command (this will erase everything, so make sure your backup was created):

If you run the Rails server and try to access the app, you'll also see a ActiveRecord::NoDatabaseError.

Rename and recreate the database

Rename the development and test databases in the config/database.yml file, which still contains the old database names.

Rename all the things with the old_app_name to the new app name.

After that, run rails db:create in the command line to create the newly named database. You will see output like this:

Restore the database from the backup file

To restore from the database backup, you can use pg_restore command, replacing new_name_development with actual name in your database.yml:

And there you go! Your development and test database are now renamed and the previous data has been restored for development.

In my case, I just have a basic Heroku setup and don't have any custom database configurations. If that is the case, then you don't actually need this configuration because Heroku uses it's own configuration through an environment variable set as ENV["DATABASE_URL"], which will override the above configuration in the yaml file.

In other words, renaming the production database here doesn't do anything. Instead, I would recommend changing the configuration to explicitly say that you are using the environment variable (also recommended in the Rails Guides).

In fact, you may have a comment in your database.yml just above the production settings that tells you how to do this depending on how the Rails app was initially set up:

So, as a last step, change the production database configuration inside database.yml so that it looks like this:

And we are finished! Everything should now be renamed to the correct app name :D

How to deploy Vue Storefront 2 to Heroku 🚀

Using Nokogiri and RegEx to Scan a Webpage in Ruby