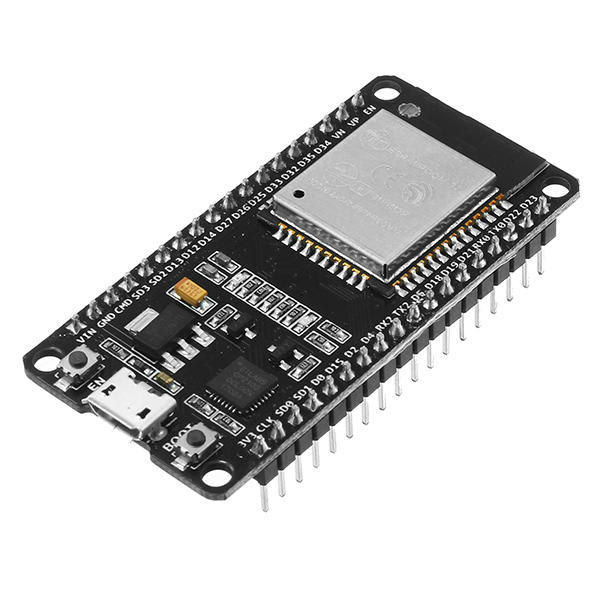 I've previously worked with the ESP32's predecessor, the ESP8266, both devices have a RISC CPU that runs an ISA called Xtensa.

This was a few years back and I was programming most of my embedded projects in C, Since then I fell in love with Rust and have been using it for a few projects, especially ones which are relatively close to hardware, such as programming an ESP32, so last week when I started looking programming the device I checked to see if I could target it with rust.

Compiling Rust for the Xtensa ISA

For this to work, LLVM would need to support an Xtensa backend, in LLVM a Frontend takes some higher level language such as C,Fortran, Ada or Rust and emits LLVM-IR AST, LLVM then has optimisers that work on LLVM-IR, and finally a Backend accepts LLVM-IR and emits architecture specific (x86_64/ARM/PowerPC/etc) instructions.

Unfortunately, LLVM upstream does not currently support an Xtensa ISA backend, so the rust compiler does not support Xtensa out of the box, fortunately there is a LLVM fork by Espressif implementing support for Xtensa, and thanks to the awesome work of Scott Mabin (MabezDev) there is a fork of the Rust compiler toolchain supporting Xtensa. With these two components already prepared all you need to do is build LLVM and the compiler and do a bit of environment setup and you're ready to go!

There is a great blog post by Yoshinari Nomura explaining exactly what you need to do, while the process is relatively straightforward there are quite a few dependencies and a few pitfalls that made me spend a few hours getting it to work properly for me.

I work from a few different computers, and considering the time it takes to build LLVM and the compiler I decided to create a Docker image with the build environment.

Building for the ESP32 with Docker

I've built a Dockerfile that builds the environment (LLVM and the compiler) for out-of-the-box compilation.

You can now build your Rust ESP32 project with a single command if you have Docker installed, If you're looking for a baseline for your project you can use xtensa-rust-quickstart also by MabezDev, note that you do not need to use setenv inside the project as everything is already set up properly in the machine.

all you need to is docker run -v $PWD:/code mtnmts/rust-esp32

The image expects the project to be mounted at /code (your Cargo.toml should be at /code/Cargo.toml) inside the container.

The image is quite heavy, if you would like to create a slimmed down version you can fork it and remove some of the intermediate build artifacts (such as LLVM).

And that's it, Dockerfile is here if you're interested.

My main desktop is running Windows, but i do most of my programming work in Linux under WSL2, I wanted to be able to program the ESP32 from within WSL2, to do this I forwarded the serial port to the WSL2 VM.

First, you will need socat for Windows, there is an unofficial build of the sources over at SourceForge if you don't want to build it yourself.

If you don't already know it, Find the serial port assigned to your device COM[1-9]

Looking in "Device Manager" should be indicative

Next, run socat and set it to tunnel the COM port to TCP, do note that /dev/ttyS3 is not a mistake, even though there is no such device (or file system hierarchy) on Windows, this is the syntax that socat expects on Windows, the number (3 in my case) is the COM port number.

From there you can forward the port in many different ways to your WSL2/Linux instance, I use Tunnelier's S2C port forwarding for this, Putty can probably do this too.

esptool supports flashing over TCP, the syntax is --port socket://<host>:<port>

more information on remote serial ports programming for esptool can be found here.

Why Rust will replace C++ in the future

Once suspended, mtnmts will not be able to comment or publish posts until their suspension is removed.

Once unsuspended, mtnmts will be able to comment and publish posts again.

Once unpublished, all posts by mtnmts will become hidden and only accessible to themselves.

If mtnmts is not suspended, they can still re-publish their posts from their dashboard.

Once unpublished, this post will become invisible to the public and only accessible to Matan Mates.

Thanks for keeping DEV Community 👩‍💻👨‍💻 safe. Here is what you can do to flag mtnmts:

Unflagging mtnmts will restore default visibility to their posts.