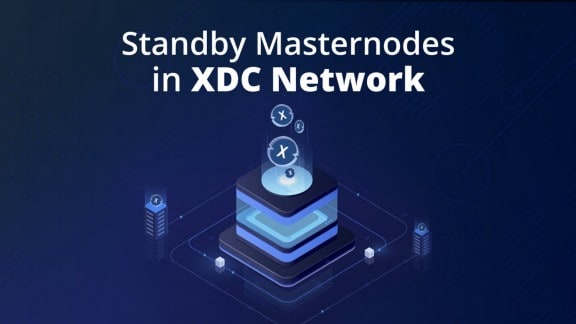 What is a stand-by Node or backup Node?
A standby node is a type of node, which exists mainly to replace a permanent node when it fails. That is why; it is also termed as a back-up Node. It does not contain any data or performs any computations. However, when it takes the place of a failed node, it contains all its projects and performs all computations of the replaced node.

What is the Purpose of the Stand-by Node or Backup?
Stand-by Node keeps a check on traffic inflow so that it can automatically take over when the active node fails. Thus, it makes the Blockchain Network more robust and stable. If any Master node / Validators nodes resign or go out of the network, then Standby Node becomes a master node and starts participating to write the Network Transaction.

Setting up a Stand-by Node with XinFin MainNet in 8 Simple Steps.
XinFin Nework’s architecture is based on a system of 108 Masternodes with XinFin Delegated Proof of stake (XDPoS) protocol wherein smart contracts can run effectively in 2 second transaction confirmation time. Any number beyond and above 108 is considered a Standby Node or Backup node.

A step-by-step guide to Setup a Stand-by Node with XinFin MainNet in 8 Simple Steps.

Step 1: Download the Stand-by Node installer by downloading from the One-Click Installer tab of https://xinfin.org/setup-masternode.php. Select the option as per your system’s operating system.
Alternatively, you can also download it using a Docker Compose file.

Step 2: Once the same is downloaded, run the same on the server. Continue to complete the installation process.
On the successful installation of the same, you will get the Coinbase address as shown below.

Step 3: View the active node by clicking on the network stats tab

Step 4: Create a new account address from the XinFin wallet. The new address would contain the balance required to propose the Stand-by Node.

Step 5: Log in to the Stand-by Node app using the private key.

Step 7: Once the KYC is uploaded, enter the Coinbase address and lock 10 million XDC tokens before running the Stand-by Node.

Step 8: The proposed node will be added to the Stand-by Node randomly through the Round-Robin method. On successful addition to the Standby Node, the reward will be sent to the assigned XinFin Wallet.

How to create the Metaverse?

Crypto Arbitrage: This can make you millions

Once suspended, nadarsuresh will not be able to comment or publish posts until their suspension is removed.

Once unsuspended, nadarsuresh will be able to comment and publish posts again.

Once unpublished, all posts by nadarsuresh will become hidden and only accessible to themselves.

If nadarsuresh is not suspended, they can still re-publish their posts from their dashboard.