File operations in Linux can be done by using many commands that already provided.

Create a new file and directory

To create a new file, use touch command. This is the example of command usage.

To create multiple files, can be done with the help of &&.

To create a new directory, use mkdir command.

There are many ways to read a file, the first way is using installed text editor like vim, nano and so on. This is the example of read a file using nano text editor. 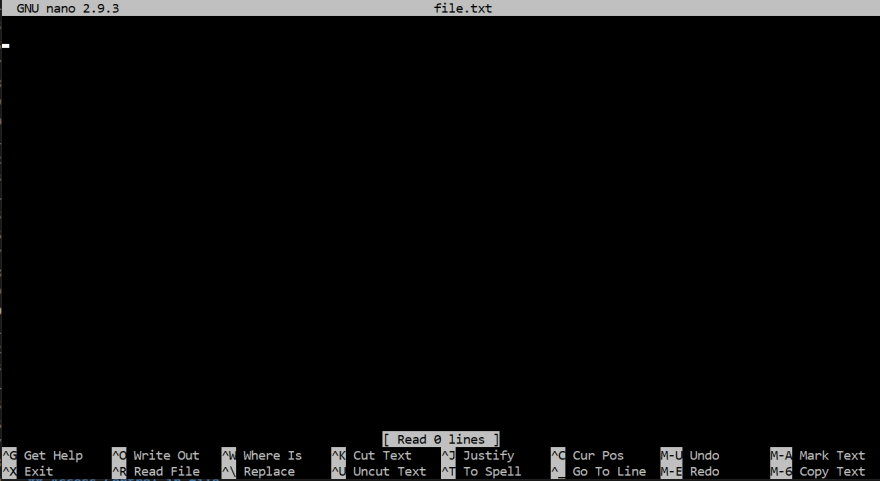 The second way of reading a file is using cat or more command.

The file's content is printed in the terminal when using cat command.

To edit a file can be done using text editor or related application with the file's type. In this example, the file with .txt extension is edited with text editor using nano.

To view a list of files can be done by using ls command. 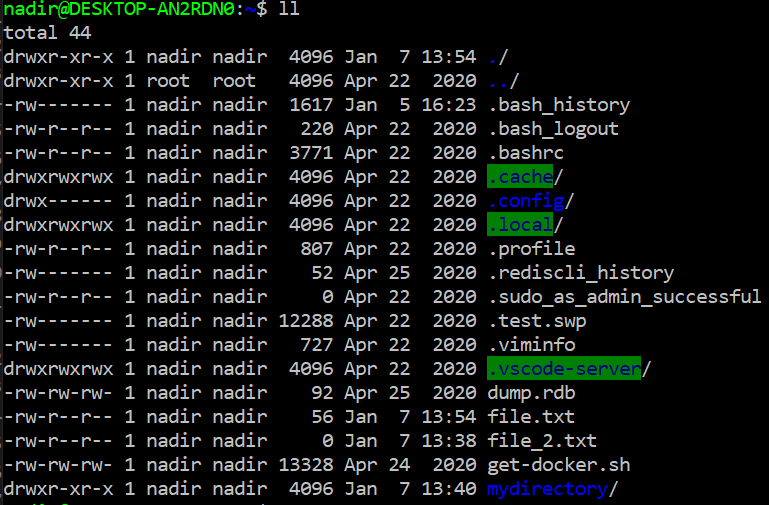 Here it is the information detail from ll command output.

To move a certain file, use mv command followed with target file and target directory. In this example, the file called file.txt moved to the mydirectory directory.

To copy a certain file, use cp command followed with target file and target directory. In this example, the file called file_2.txt copied to the mydirectory directory.

To remove certain file, use rm command followed with file name. In this example, the file called file_2.txt will be removed.

To remove a directory, use rmdir command followed with directory name.

To remove a directory and its content. Use rm -rf.

There are three types of user in file's access control:

There are three types of file control:

In this example, the file's access control defined using characters.

Based on the command above, the cool.txt file can be written, read and executed by user. The group and other user cannot write or edit the file, but available for read operation.

The complete formula of this command can be seen below:

a means the all user type.

Example, user only available for reading the file.

Another example, user only capable to read file, group available to write and other can read and write except execute the file:

The number that used in file's access control is using binary number to define the access type of certain file. This is the sample usage.

Based on the command above, the user is available for all file's operation (read, write and execute), the group and the other user is only available to read the file.

To change the file or directory ownership, use chown command followed with user's name.

To change the file or directory ownership for group, use chgrp followed with group's name.

I hope this article is helpful for learning about linux command especially for file operations. If you have any thoughts or feedbacks, you can write in the discussion section below.