Here's my story about the first project I made with GitHub. It was several months ago. I was learning Python and really want to do a practical things with it.

And then an idea came to my mind. I'm Russian so the main social network here is VKontakte. Few years ago its developers boarded the hype train and added stories like Instagram and Snapchat ones.

Also I really love Astronomy Picture of the Day (APoD). It's a website made by NASA that publishes an image and a short caption of it every day. The idea I mentioned before was to post that picture automatically to VKontakte stories.

Happily I found out that APoD has its own API. So with about fifty lines in Python the script was ready.

A free access to Digital Ocean for 10 months by GitHub Student Pack helped me here a lot. I've just used a promo code and uploaded the script to the server. And that's all!

That script is still working and publish APoD every day! And I've actually lost count how many people have written to me that these stories are the only interesting ones in their feed :)

P.S. An example published in stories is below. 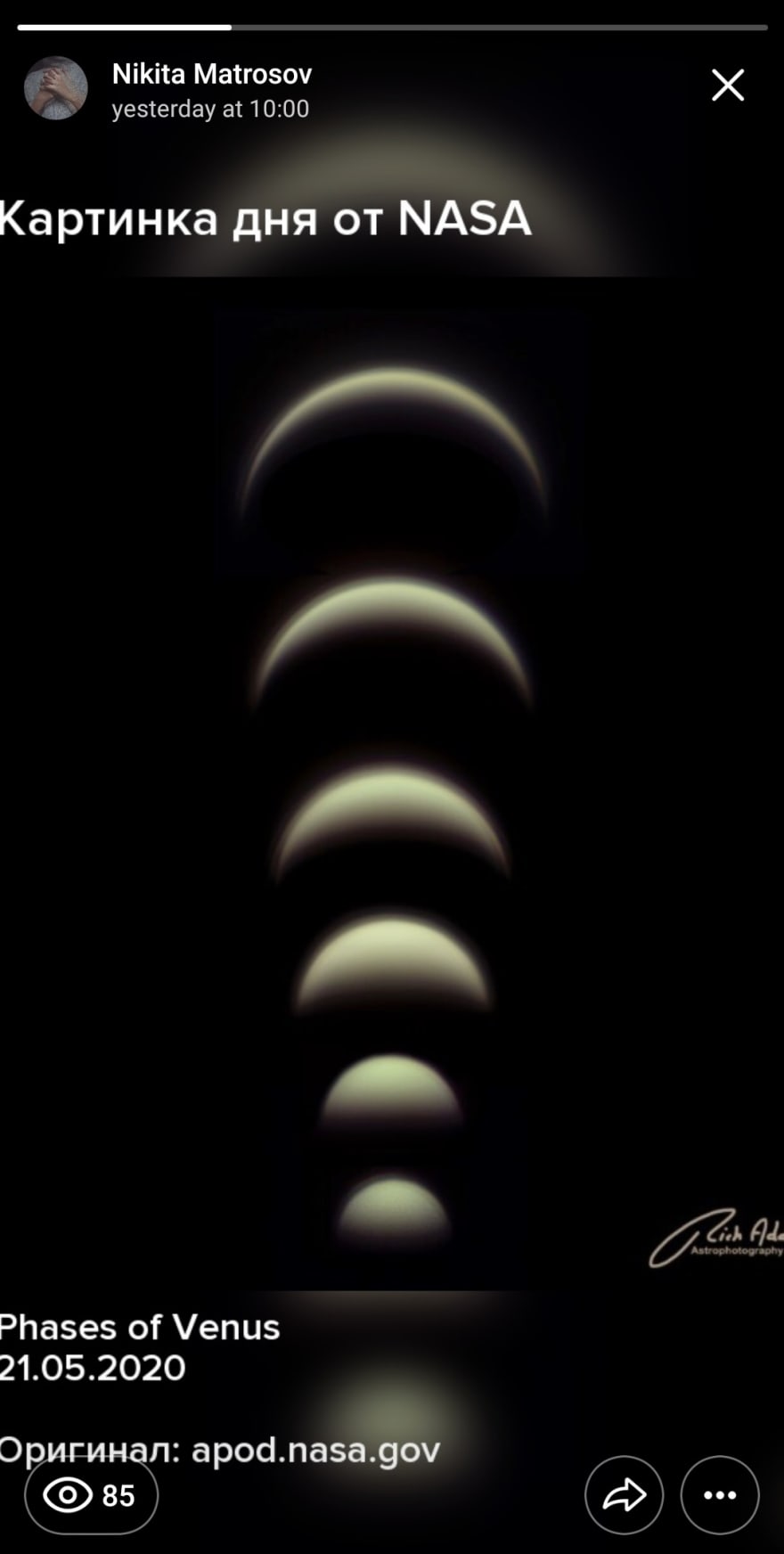 As a motive to improve my GPA, I built a GPA calculator

The joy of exploring cybersecurity, and how to get started

Nikita Matrosoff
How long is too long to stay at a company?
#anonymous #discuss #career
4 Reasons Why Every Developer Should Blog
#beginners #discuss #programming #productivity
Chrome Extensions of the Month - June
#beginners #productivity #webdev #javascript

Once suspended, nikitamatrosoff will not be able to comment or publish posts until their suspension is removed.

Once unsuspended, nikitamatrosoff will be able to comment and publish posts again.

Once unpublished, all posts by nikitamatrosoff will become hidden and only accessible to themselves.

If nikitamatrosoff is not suspended, they can still re-publish their posts from their dashboard.