It all started when I had to configure another simple thing in webpack (4.x). It's a SPA monorepo app written with React, TypeScript, and styled-components. It takes ~2 minutes to start the dev server for the UI. Which is kind of frustrating. The fast-refresh is also not that fast, and you can see a notable delay between updates.

Understanding that migration to managed SSR solutions like Next.js takes more time, effort, and a stiff learning curve for my team, I had an opportunity to integrate one of the new shiny bundle tools that use esbuild + ES modules (ESM) with almost not config. esbuild is "An extremely fast JavaScript bundler and minifier". EXTREMELY FAST:

Why it's so fast? because it's written in go and does a lot of optimizations.
ES modules is a new browser feature that enables to natively load modules - meaning no need to bundle everything in one giant bundle. We can split the code into smaller modules and load them as needed. This helps avoid unnecessary work and stay fast no matter how big the project grows. 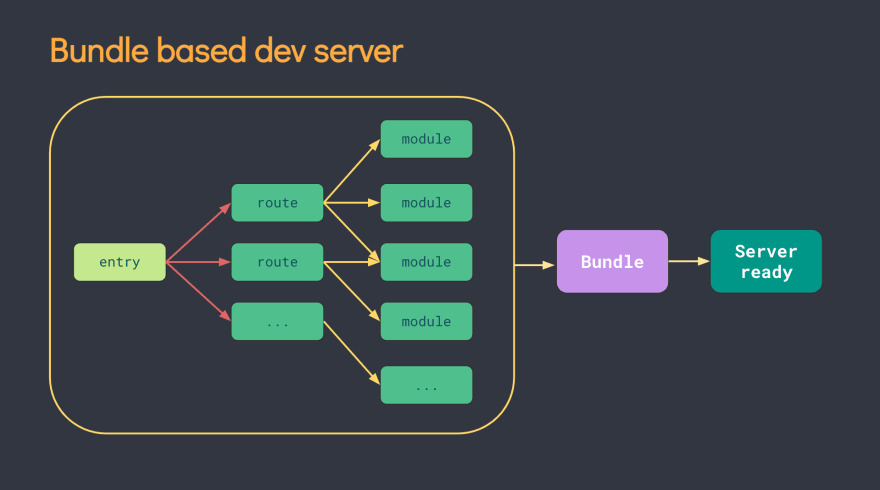 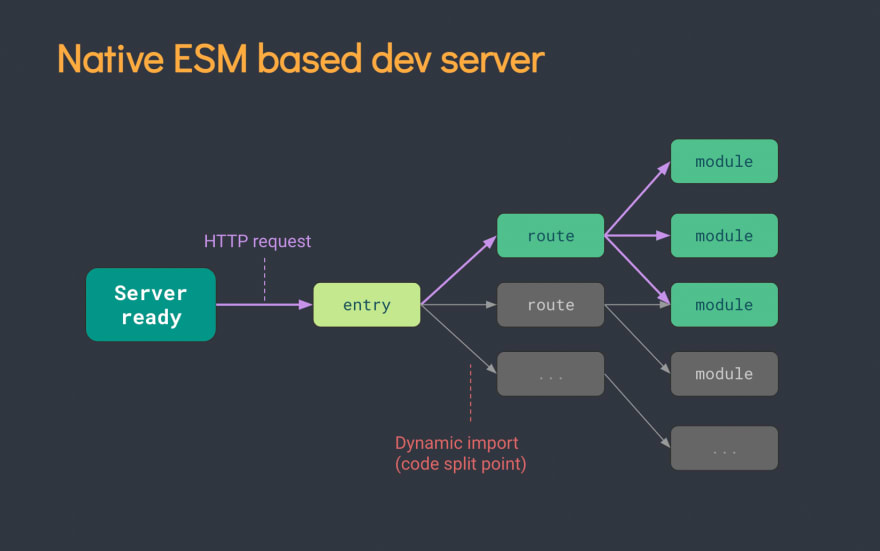 I already played with those tools with some little demos at home for my learning. But now I had to find a way to use them in the production app in my company.

Snowpack vs Vite vs WMR

It did not take a lot of time to choose the tool. Currently, there are 3 major bundlers powered by ESM - vite, snowpack, and wmr. From the first glance - all of them look promising and I did not care about their internals as long as I don't need to touch them.

I chose Vite for 2 main reasons:

I think that soon - those issues will be resolved, but for now, I bet on vite.

For deeper comparison, you can look at this article from vite's documentation, but also notice that some of the latest snowpack progression does not mention there.

One of the benefits I like about those tools is that they require less configuration to write - they all support all the major workarounds out of the box. So you don't tie into complex configs like in webpack. You don't need to config anything to support TypeScript, React, Babel, manage public or static assets, fast-refresh, dynamic imports, etc... This makes migration easy if we will want.

The journey to configure vite

Looking at the example at vite-create-app ts-react template I was able to configure 80% of the work.

But I already know that it's one of those cases that those last 20% take more time to configure than the first 80%. Those tiny bugs / unmatched stuff you have to fix. Some of them are:

Now for the harder problems:

The next thing I had to handle is the env variables. vite put the env variables inside import.meta.env (did you know import.meta is in the spec + node.js compatible?). Like next.js - if you want to expose them to the client-side you can use the VITE_APP_YOUR_VARIABLE_NAME - which is nice. For TypeScript users - vite docs encourage to add to tsconfig.json's compilerOptions with types:["vite/client"] . But explicit writing types entry - you lose your jest, testing-library and node typings library supports. So you have to manually specify them too. You can now get vite typings - but they are still missing your env variables types. You can declare them like here.

I wonder it's better to just use dotenv + env variables that like I did with define?

I had a problem with our tests with the ts-jest preset that did not understand what import.meta is. So I kept using process.env in our code instead of import.meta. This may not be a concern for you because it looks like vite is planning to create its own jest preset to solve this problem.

In our "old" build system - I configured webpack-bundle-analyze to inspect bundle chunks and understand what it made of. I added rollup-bundle-visualyzer instead (although there is an issue that the reported size is not correct).

All the struggle to configure vite since the moment I decided until my PR merged took one day. Now we have a fast development environment for improved productivity. I'm sure that not all 3rd party libraries are compatible with vite. But things are getting better. The tech world evolves and I hope that library authors will eventually supply maintain ESM compatible build.

How To Implement Data Tables In Cucumber Using Selenium Ruby

How the Increase of Hedge Funds Influences Economics

How Configure a MongoDB Atlas Database for your Parse Server

nirtamir2
How to configure oh-my-zsh on Windows

Once suspended, nirtamir2 will not be able to comment or publish posts until their suspension is removed.

Once unsuspended, nirtamir2 will be able to comment and publish posts again.

Once unpublished, all posts by nirtamir2 will become hidden and only accessible to themselves.

If nirtamir2 is not suspended, they can still re-publish their posts from their dashboard.

Once unpublished, this post will become invisible to the public and only accessible to nirtamir2.

Thanks for keeping DEV Community 👩‍💻👨‍💻 safe. Here is what you can do to flag nirtamir2:

Unflagging nirtamir2 will restore default visibility to their posts.