What you need to know?

What functional programming is?

A programming paradigm that helps you to write a clean and concise code by making sure that your code is divided into smaller pure functions. Some aspects that we should of functional programming are:-

Enough talking let us get on to the coding part. So below we have a small problem statement. We have a string "Innovation distinguishes between a leader and a follower.!!" and we have to write a function that will return the below result

So usually we go about writing a function the hardcore way, and write the implementation as below:

which we don't want to happen. So the question is

Let's solve the above problem in a functional way.

So in the above code you can see that we have divided our single function into multiple functions which makes code much more readable and easy to test. So If you do

You should get the desirable result. Now the problem in the above code is that it still seems to be quite not readable. Let's try to implement some kind of piping mechanism which can execute the functions in an order to get us the desired result

Now if you try to do

you get the below output

Functional programming is gaining a lot of popularity lately, and it is a good time to learn this programming paradigm. Though it has to remember that you won't be able to use the FP paradigm for all the scenarios.

I hope you guys liked the article.

Let me know what you think about Functional Programming in general. The above is just one example, I will come up with a few more in the upcoming posts. 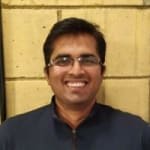 Storybook As A Game Development Tool (With Demo)

Once suspended, nitinreddy3 will not be able to comment or publish posts until their suspension is removed.

Once unsuspended, nitinreddy3 will be able to comment and publish posts again.

Once unpublished, all posts by nitinreddy3 will become hidden and only accessible to themselves.

If nitinreddy3 is not suspended, they can still re-publish their posts from their dashboard.

Once unpublished, this post will become invisible to the public and only accessible to Nitin Reddy.

Thanks for keeping DEV Community safe. Here is what you can do to flag nitinreddy3:

Unflagging nitinreddy3 will restore default visibility to their posts.