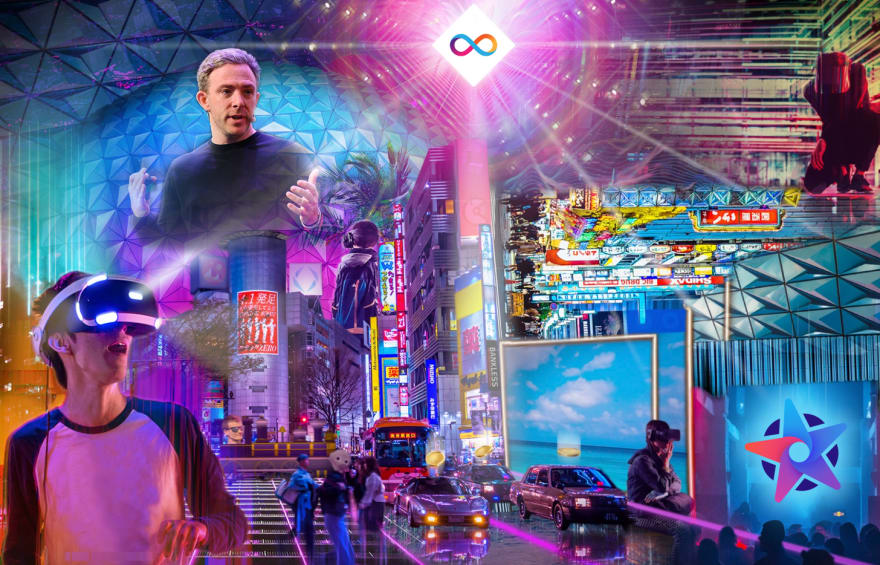 We have an interesting idea to procedural generate NFT(non-fungible token), and we will use these NFTs created to build an NFT metaverse in NnsDAO.

What is Wave Collapse Function
Before we talk about Wave Collapse Function(WFC), let’s discuss the concept of quantum mechanics first. In this field, there is a very famous experiment called the double-slit experiment. The result of the experiment is that when there is no observation, the photon exhibits the nature of a wave. When observing, photons take on the properties of particles. This is a well-known experiment in which human beings formally encountered a supernatural encounter in a scientific experiment. 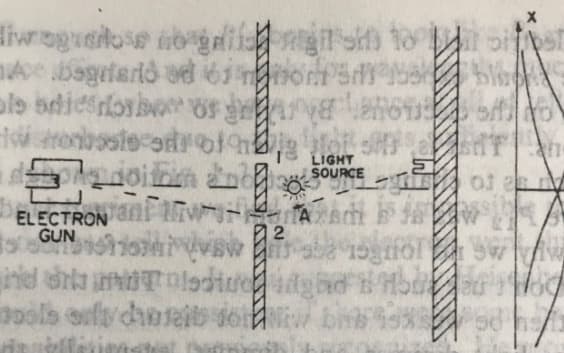 The above two experiments both show that a substance may exist in multiple states in quantum mechanics.

Introducing this concept into quantum mechanics can mean that when a substance collapses from a superposition state to a certain state, the entropy decreases, and vice versa.

Taking Schrödinger’s cat experiment as an example, it can be understood that when the cat is not observed, the cat is in the immortal inactive superposition state. At this time, the probability of death of the cat is 50%, the probability of being alive is also 50%, and the entropy value is the largest. When the box is opened to observe the cat, the cat's state is never dead or alive collapsed to a dead or alive state, and the entropy value is the smallest after the collapse.

Wave Collapse Function is mostly used in randomly generating map algorithms in the field of games and artificial intelligence. We can generate random maps according to our own customized rules. This will greatly reduce the workload of the art and generate as many scene assets as possible. 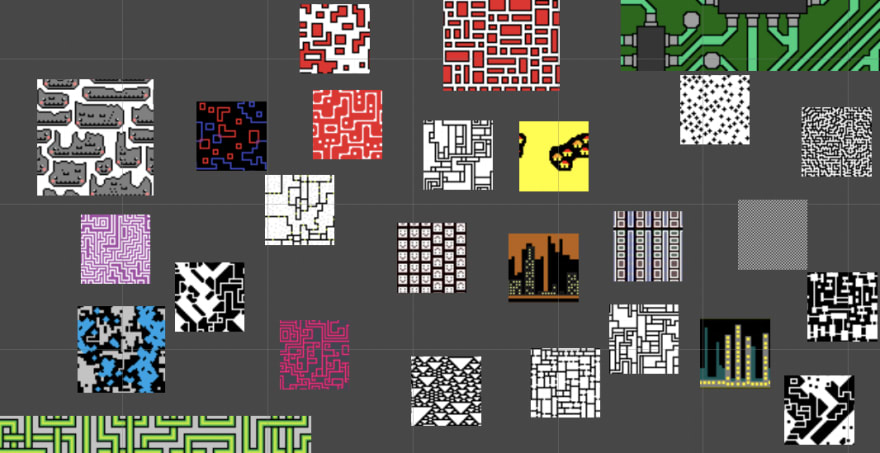 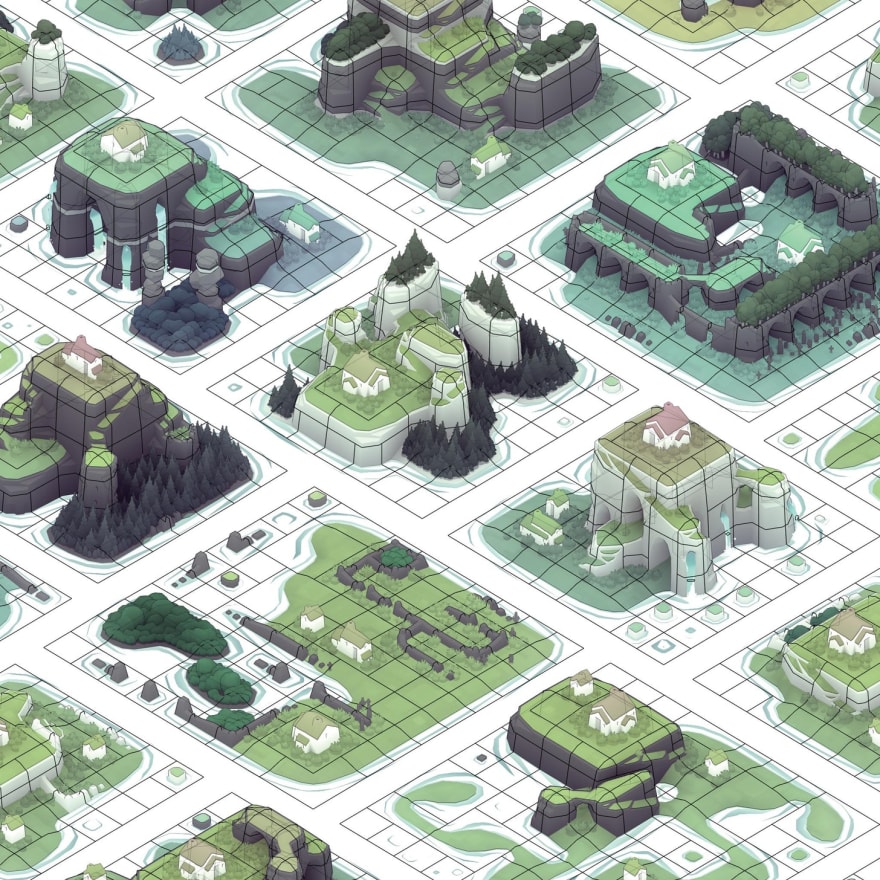 The Game Bad North uses this algorithm to make many beautiful scenes.

Compared with the map stitching algorithm like the Warcraft3 terrain stitching algorithm, the effect achieved by this algorithm is more flexible and richer, and it is more adaptable to various needs. However, this algorithm is more complex and difficult to quantify. It requires the computer to try and make mistakes and then backtrack... (can be calculated by multi-threading). And there is no mature production specification for the time being, and it is difficult to consider all possible situations in the production of module prototypes. The production progress is not well controlled.

From Wave Collapse Function To NFT

According to the rules, when we determine the specific value of an attribute, the probability of another attribute being determined greatly increases. This phenomenon from chaos to determinism is called wave function collapse in one term.

Take the Sudoku game generated by WFC as an example. The number arrangement in Sudoku is ever-changing, but the number combination of the final game generated by WFC is 6,670,903,752,021,072,936,960 (approximately 6.67×10 to the 21st power) combinations. Bertram Felgenhauer and Frazer Jarvis calculated this number in 2005 and published the calculation method on their website. Lines swapping, number swapping, and other deformations) do not count, there are 5,472,730,538 combinations. The number of combinations in the Sudoku final game is so amazing, so the number of Sudoku questions is even more countless because each Sudoku final game can produce countless qualified Sudoku problems. This shows that the number of NFTs will change when the rules change, so the formulation of the rules needs to be very rigorous.

1.Cut out the pattern from the picture

2.Establish the constraint relationship between Pattern and Pattern 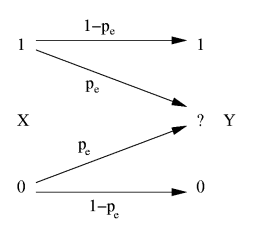 Of course, We can extend to the three-dimensional situation. In general, the initial state of each level is a voxel composed of all possible modules. As the algorithm continues to advance according to the constraints, the possibilities in the grid become less and less, the grid becomes more and more sparse, the modules in each slot are gradually determined, and finally, a usable level is generated.

The advancement of this restriction is the key to NFT production. Here we use probability to simulate and enumerate. Using this parameter, we can also calculate the rarity attribute of NFT.

In this way, 2D and 3D NFT assets can be easily produced, which can be rendered more conveniently in the game. Allow players to stand personally on this meta-universe land composed of NFTs.

Part of the picture above comes from these links.

Imposter Syndrome as a Developer (a podcast)

Once suspended, nnsdao will not be able to comment or publish posts until their suspension is removed.

Once unsuspended, nnsdao will be able to comment and publish posts again.

Once unpublished, all posts by nnsdao will become hidden and only accessible to themselves.

If nnsdao is not suspended, they can still re-publish their posts from their dashboard.

Once unpublished, this post will become invisible to the public and only accessible to NnsDAO.

Thanks for keeping DEV Community 👩‍💻👨‍💻 safe. Here is what you can do to flag nnsdao:

Unflagging nnsdao will restore default visibility to their posts.