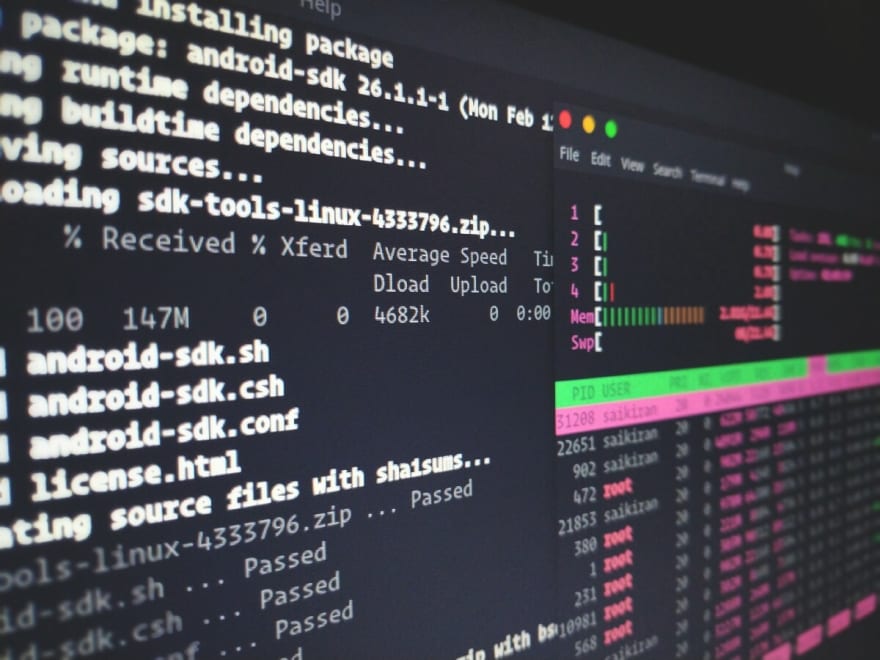 I will be using Ubuntu as the operating system for the development. Since we have to directly access the memory while developing, its better to try all these things in a virtual box environment for safety purposes. I will be using C and assembly languages in this article series.

So, let’s get started!

Once you have done installing Ubuntu in a virtual box, the next step is installing some necessary packages ( build-essential , nasm , genisoimage , bochs and bochs-sdl ). You can simply install them by executing this command in your terminal.

This package contains GNU debugger, g++/GNU compiler collection, and some tools and libraries which are required to compile a C program.

Since we are using assembly, we have to use nasm(Netwide Assembler) to compile assembly programs.

We need this package to generate an ISO image file for the file system.

This will be the emulator that we will be using to debug our operating system.

Booting is the process of starting a computer. After you press the power button, computer will run several programs before handover the control of the computer to the operating system.

BIOS program(stands for Basic Input Output System) is usually stored on a read only memory chip on the motherboard of the PC. The original role of the BIOS program was to export some library functions for printing to the screen, reading keyboard input etc. After all, it will transfer the control of the computer to the bootloader.

We will be using an existing bootloader called “GNU GRand Unified Bootloader (GRUB)”. Because we don’t need to write a lot of low-level codes. GRUB will load our operating system to the correct memory location.

In here we use little bit of assembly code. This program will write a very specific number 0xCAFEBABE to the eax register. Save the following code in a file called loader.s

The file loader.s can be compiled into a 32 bits ELF [18] object file with the following command:

Next, GRUB needs to load the Kernel into the memory. It should be loaded into a memory address larger than or equal to 0x00100000 (1 megabyte (MB)), because addresses lower than 1 MB are used by GRUB itself, BIOS and memory-mapped I/O. In order to do that, we will be using the following code.

Save the linker script into a file called link.ld. And then, the executable can now be linked with the following command:

The final executable file will be generated, called kernel.elf.

Then, copy the downloaded file (stage2_eltorito) in to the same project location as loader.s and link.ld.

ISO image is the type that can be loaded by a virtual or physical machine. So, we will create the kernel ISO image with the genisoimage package. Before generating an ISO, we need to create a specific folder structure and copy the bootloader and the kernel into different locations. Which can be done by executing following commands.

Finally, a configuration file menu.lst for GRUB must be created. This file tells GRUB where the kernel is located and configures some options:

Place the file menu.lst in the folder iso/boot/grub/. Then, the contents of the iso folder should now look like the following figure:

If your folder structure is correct, you can generate your ISO image with the following command.

Now you have successfully created the os.iso file.

Running your OS in Bochs

Save this file as bochsrc.txt in the root directory of your project(same location as loader.s). And run the following command to boot your os in Bochs emulator.

If you see some text on the bochs emulator, containing “Booting os”, quit the emulator. If emulator has no text on the screen, type continue in the terminal and hit enter. It will boot the OS.

After quitting the Bochs, you can check the log generated by the Bochs. You can open it in a text editor or else execute the following command:

You should now see the contents of the registers of the CPU simulated by Bochs somewhere in the output. If you find RAX=00000000CAFEBABE or EAX=CAFEBABE (depending on if you are running Bochs with or without 64 bit support) in the output;

Congratulations!!! Your OS has successfully booted!

You can download a completed code that I have created for booting my OS from: https://github.com/nsadisha/lemonOS/tree/setup_booting_os

Hope you have successfully booted your OS and hope to catch you in the next article.

How to Install Graph CLI On Ubuntu

Once suspended, nsadisha will not be able to comment or publish posts until their suspension is removed.

Once unsuspended, nsadisha will be able to comment and publish posts again.

Once unpublished, all posts by nsadisha will become hidden and only accessible to themselves.

If nsadisha is not suspended, they can still re-publish their posts from their dashboard.

Once unpublished, this post will become invisible to the public and only accessible to Sadisha Nimsara.

Thanks for keeping DEV Community 👩‍💻👨‍💻 safe. Here is what you can do to flag nsadisha:

Unflagging nsadisha will restore default visibility to their posts.