Nx is a smart, extensible build framework to help you architect, test, and build at any scale - integrating seamlessly with modern technologies and libraries while providing a robust CLI, computation caching, dependency management, and more.

Project configurations can be independent files, referenced by workspace.json. For instance, a workspace.json may contain projects configured as below.

This tells Nx that all configuration for that project is found in the libs/mylib/project.json file. This file contains a combination of the project's configuration from both workspace.json and nx.json, making projects in the root nx.json optional.

To convert your existing workspace to a per-project configuration, use the convert-to-nx-project generator.

Alternatively, you can convert individual projects with the --project flag.

Storybook is an open source tool for building UI components and pages in isolation. It streamlines UI development, testing, and documentation. Nx has first-class support for Storybook with Angular. With the latest release of Nx, we support Angular version 12 with Storybook, and some updated support for moving from knobs to controls.

From knobs to controls

Storybook v6 moves from "knobs" to args and controls when it comes to defining and manipulating your storybook component properties. More can be found on the official Storybook docs.

Keeping our documentation up-to-date is something we put a lot of work and effort into maintaining. We have revamped our Nx website, which is now built with Next.js! 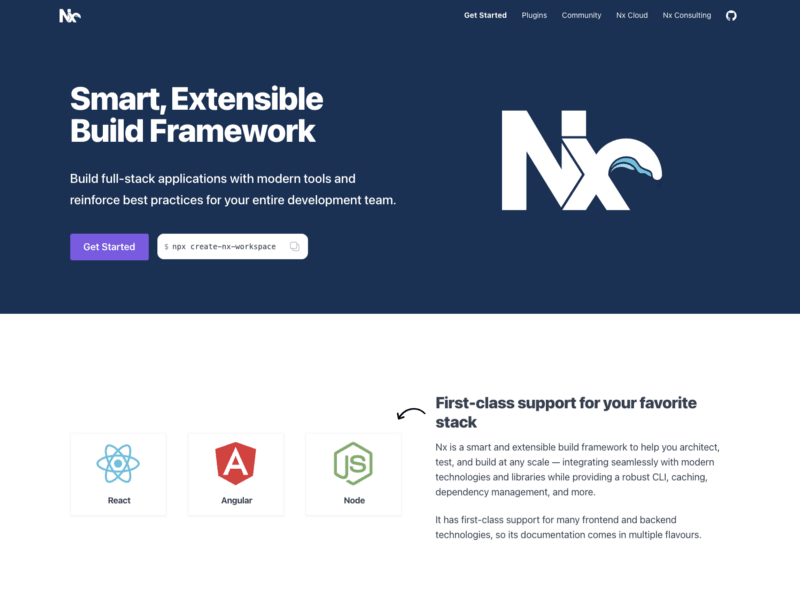 This has also given us the ability to see new documentation change previews in pull requests, making the contribution process easier for our community of contributors.

As always, if you are looking for enterprise consulting, training and support, you can find out more about how we work with our clients here.

Once unpublished, this post will become invisible to the public and only accessible to Brandon Roberts.

Thanks for keeping DEV Community 👩‍💻👨‍💻 safe. Here is what you can do to flag nx:

Unflagging nx will restore default visibility to their posts.