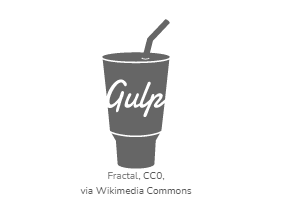 I got to know about gulp while building a bootstrap blog template. While navigating the themes on Bootstrap, I got informed about a very important tool that web developers were using - That tool was gulp.
I started using gulp this year, and I've found a very superb tool in it.
Gulp is so helpful especially with cool things like minifying and autoprefixing - Gulp does even more.

While setting up gulp, I encountered some challenges. One of which was with the gulp-sass plugin.
Gulp-sass is a gulp plugin that enables developers to use sass through gulp.

I believe that the same issues that I encountered with gulp-sass drove a lot of developers away from using gulp to other options like grunt.

Setting up gulp was kind of tedious for me since it was my first time using it. Anyway, things finally worked out. But then, not everything worked out fine as "sass modules will not be processed" - Somehow, gulp failed to process my sass modules.
Sass partials were not working. Both the @use and the @import rules failed to pull in a sass module.

After so many searches online - thanks to google, I found a stack overflow page that "saved my gulp". 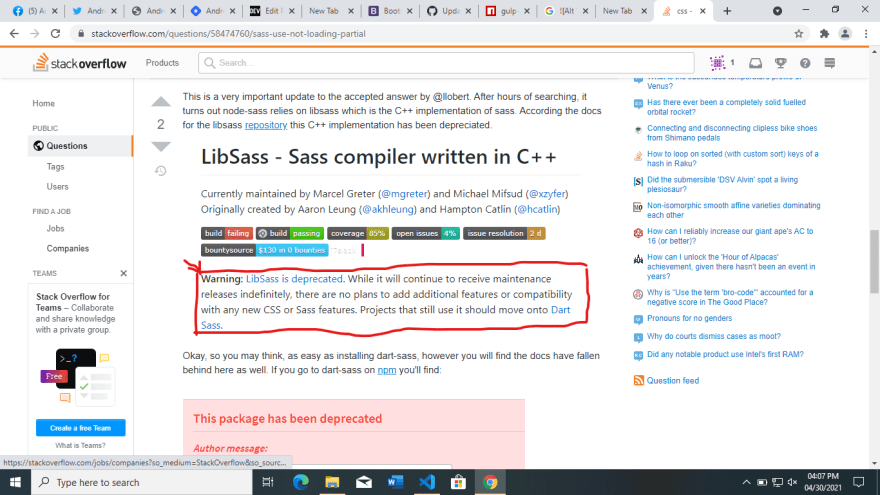 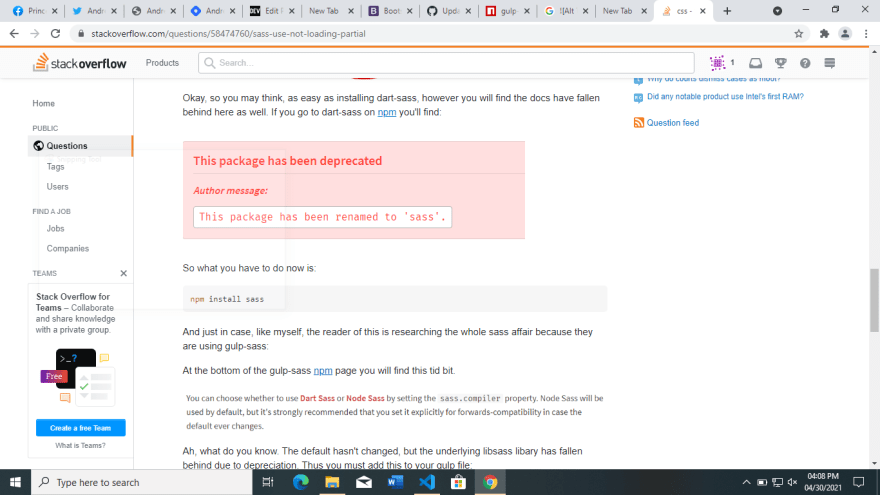 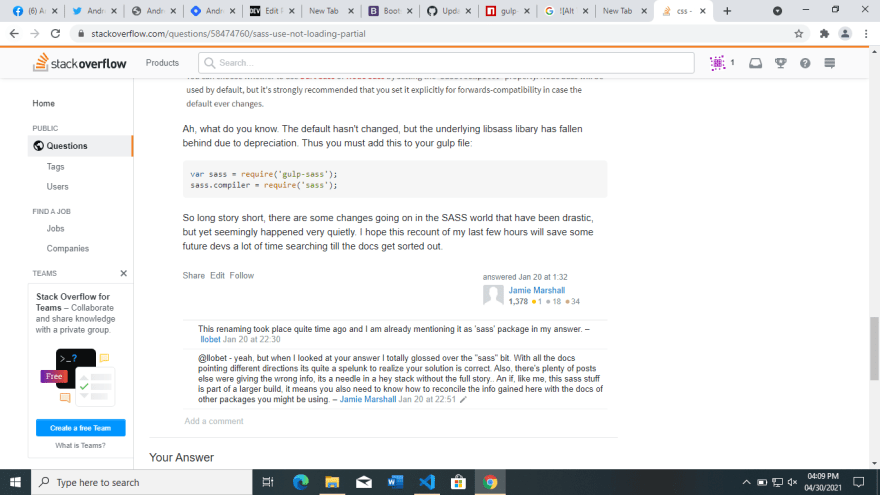 Gulp seems not to have a good community base where releases and latest updates are published and discussed - maybe there is one I don't know of. But it took me days to finally figure out what was wrong with my gulp-sass plugin.

I made the following discoveries about gulp-sass. And with some more homework, I finally got my gulp working perfectly - at least as much as I know now. 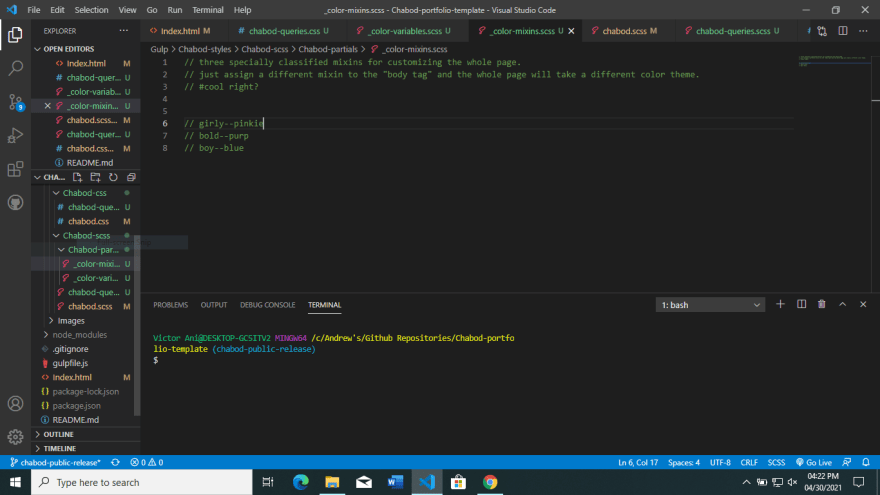 With the above discoveries, I got my gulp well set up after making some changes.

Here are some steps to getting your gulp-sass plugin well set in case you got stuck with it as I did.

Here is my own gulp tasks script. 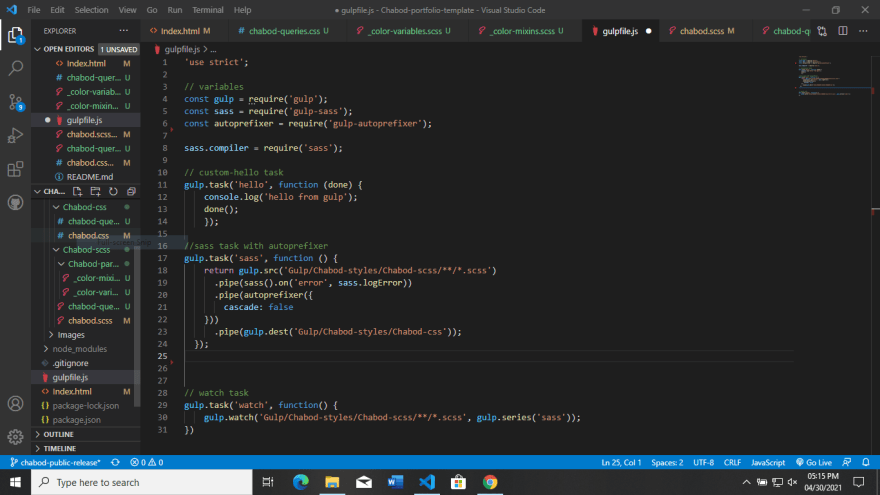 If properly executed, these few steps should help get your sass(gulp-sass) running well in gulp.

This article may not be as detailed enough for a total gulp beginner, But with some more hard work, even beginners should be able to get over their gulp-sass issues with the tips in this article.

I hope this article helps to get someone in the gulp-sass mess out as quickly as possible.

Once suspended, okpainmo will not be able to comment or publish posts until their suspension is removed.

Once unsuspended, okpainmo will be able to comment and publish posts again.

Once unpublished, all posts by okpainmo will become hidden and only accessible to themselves.

If okpainmo is not suspended, they can still re-publish their posts from their dashboard.