Like we said earlier Git is the tool that tracks the changes in your code over time while Github is the website where you host all your Git repositories.

The first thing you have to do is install Git. To install git follow the instructions here to install git (if it's not already installed).

This is actually in two phases.

I would be making use of the terminal in VScode, you can make use of any command-line interface. 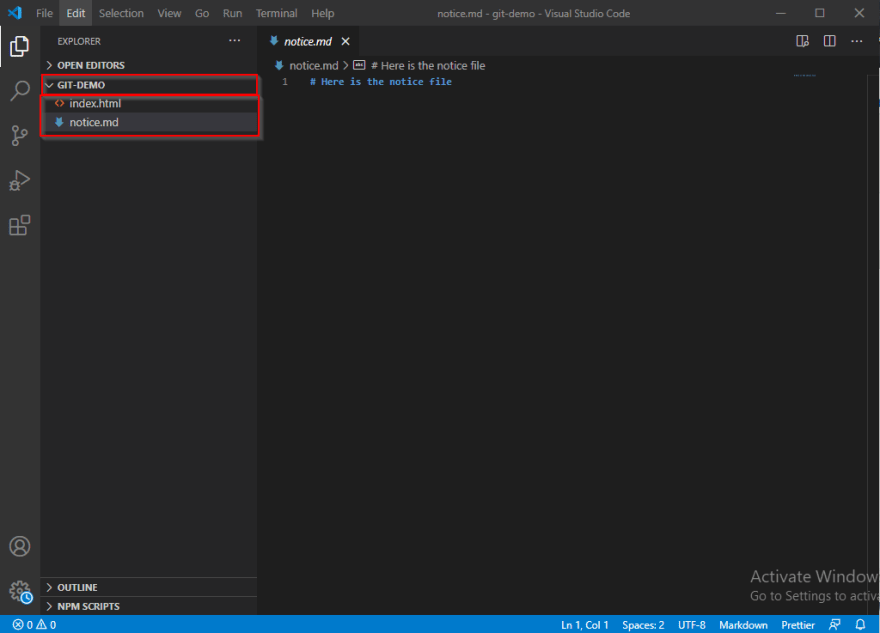 Note: You can make use of any CLI as long as you are in the folder directory.

The first command we would be using is

If you check your folder you would see a .git folder 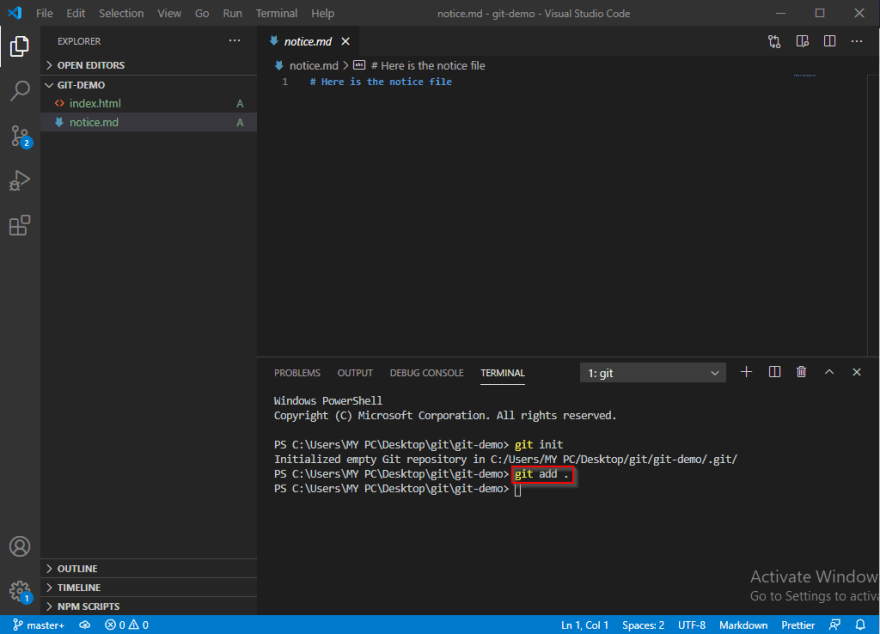 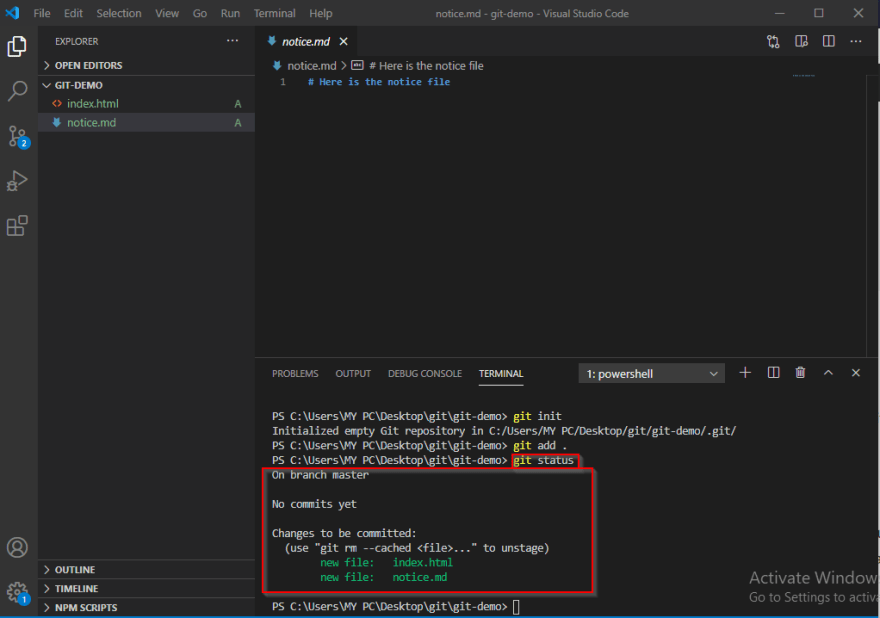 The image above tells us that we are on branch master. Not commits made yet and also lists files that should be committed. 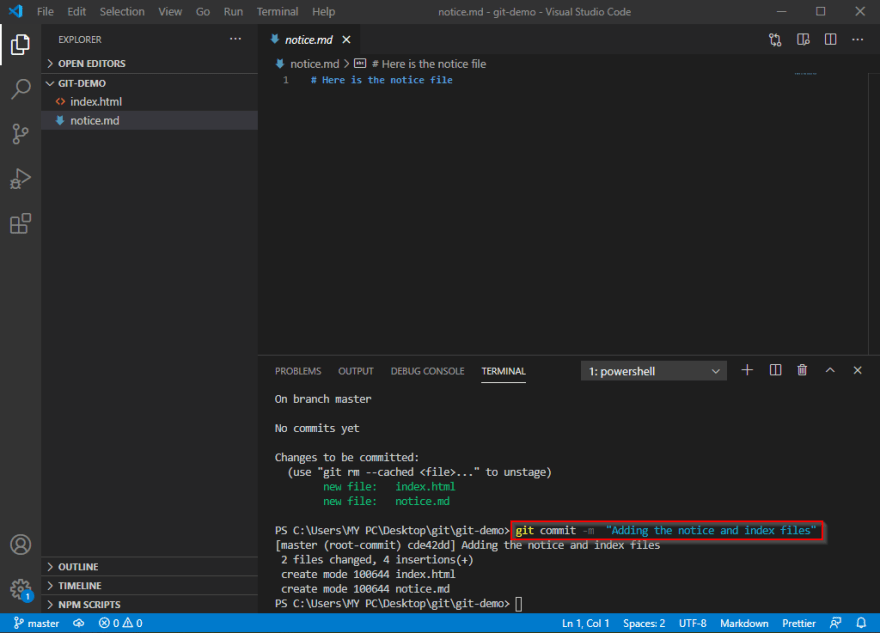 You can still make use of git status to check the current state of the repository.

At this point, the next thing might be to push all changes made and files to Github.

The first thing you have to do is go to Github and create a new repository if you haven't created any before. This would give us rights to a particular repo. 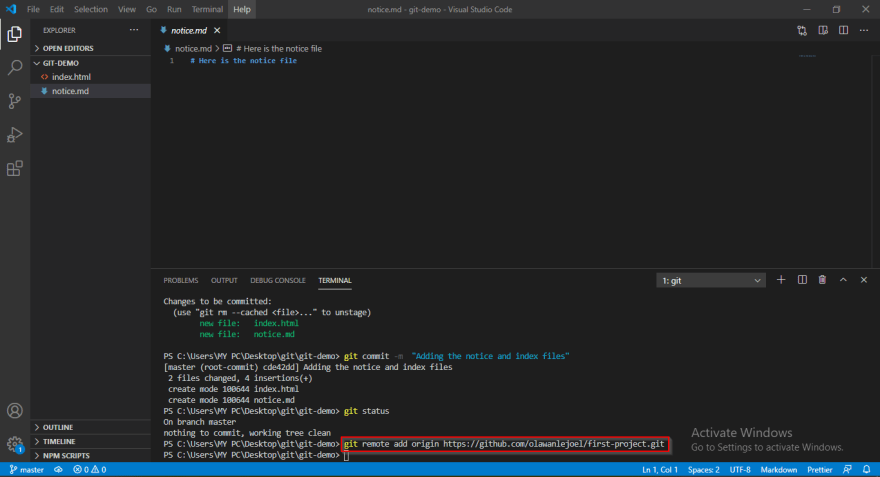 The final thing is to push to your repository. 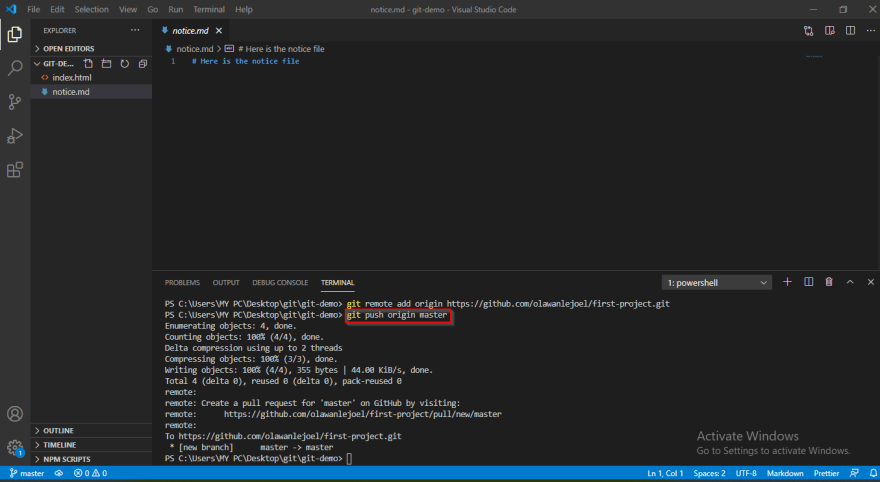 To create a local working copy of an existing remote repository, use git clone to copy and download the repository to a computer. Git will create a directory locally with all files.

To get the remote URL of whatever repo you want to clone, just go to Github and copy the URL. 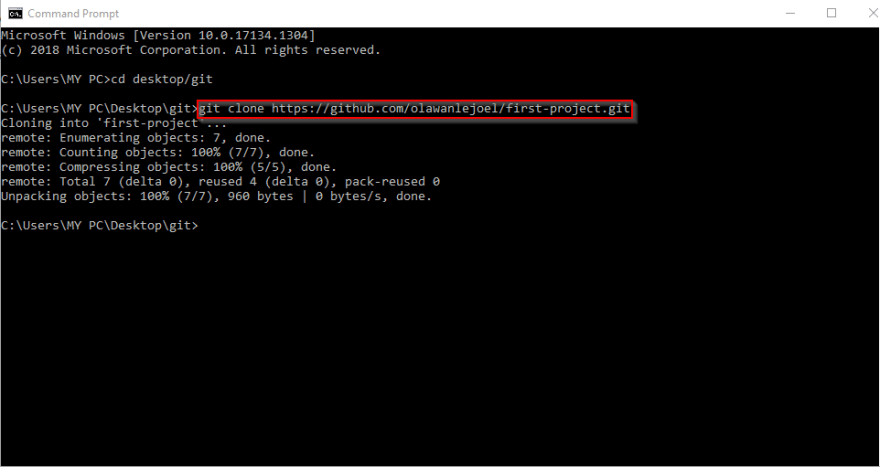 Once that is done, you can now open the cloned folder, make your changes, and update the repository. Once you are done making local changes on your computer, use the following commands to push changes to your Github repository.

You can read about git branching here if you want to learn how to push to a new branch so as to avoid conflicts when pushing your codes back to the repository. 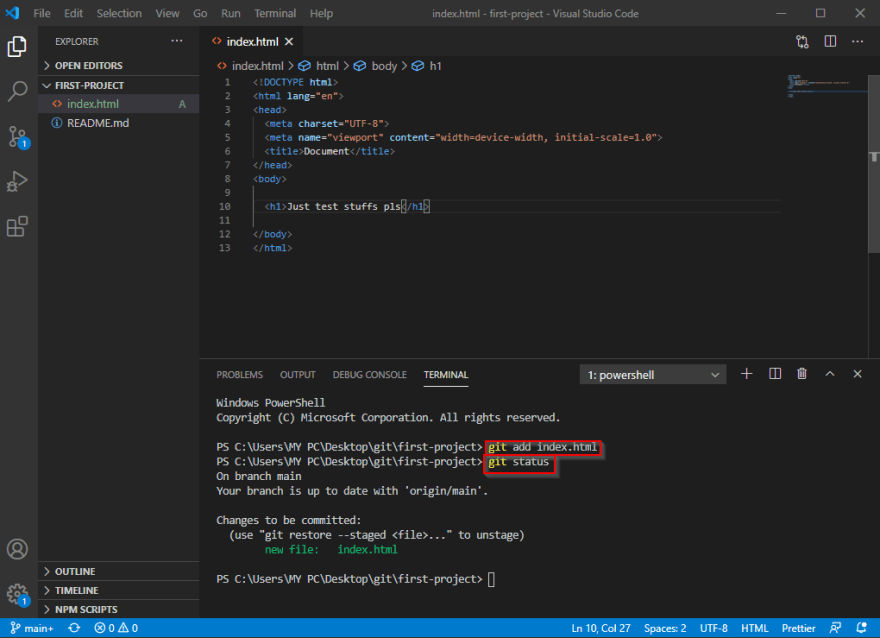 Once that is done the next thing would be to push your changes/files to Github.

Then Finally, push your code. 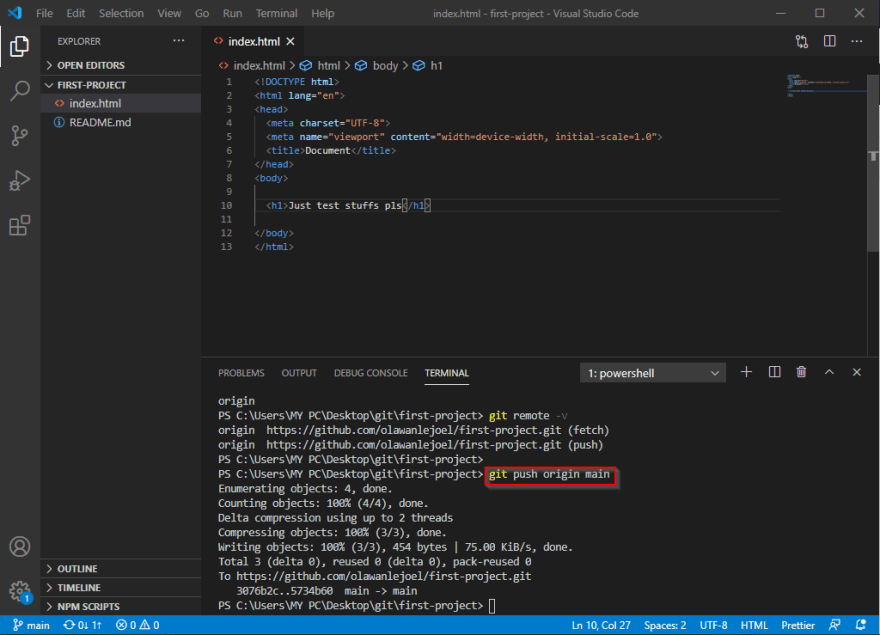 I strongly recommend you check the article on Git branching so you see the importance of pushing your codes to a new branch to avoid conflicts.

As always, any questions or suggestions, please feel free to leave a response or tweet me 🤭! Be sure to connect with me on socials! 😎

Once suspended, olawanle_joel will not be able to comment or publish posts until their suspension is removed.

Once unsuspended, olawanle_joel will be able to comment and publish posts again.

Once unpublished, all posts by olawanle_joel will become hidden and only accessible to themselves.

If olawanle_joel is not suspended, they can still re-publish their posts from their dashboard.

Once unpublished, this post will become invisible to the public and only accessible to Joel Olawanle.

Thanks for keeping DEV Community 👩‍💻👨‍💻 safe. Here is what you can do to flag olawanle_joel:

Unflagging olawanle_joel will restore default visibility to their posts.