👋🏽 Hello everyone! It’s been a week since my last post... time goes by quickly 😅 But enough of reflections. As you can see in the title, I would like to share with you my setup I created for developing within my M1 Mac 💻.

It’s been no secret that many technologies did not work well enough or needed to run via emulation during the first months of the Apple Silicon. And, although the transition for developers to adapt their software to the ARM architecture is happening as fast as expected, even in 2022 it is tricky for new developers to adapt their workflow in these machines. Thus, I will present to you the steps and programs I installed within my Mac in order to fulfill a mobile/MERN web app developer; as well as a CS Student during its lasts semesters profile 🚀.

Starting with the basics, I was expecting to use the pre-installed Terminal app for all those hacker-like movements we, as developers, must do to eat. However, after reading reviews I decided to install iTerm2 instead. It is fast and lightweight (as you might expect from a terminal app) but its main advantage over the Apple version is its capacity of customization. 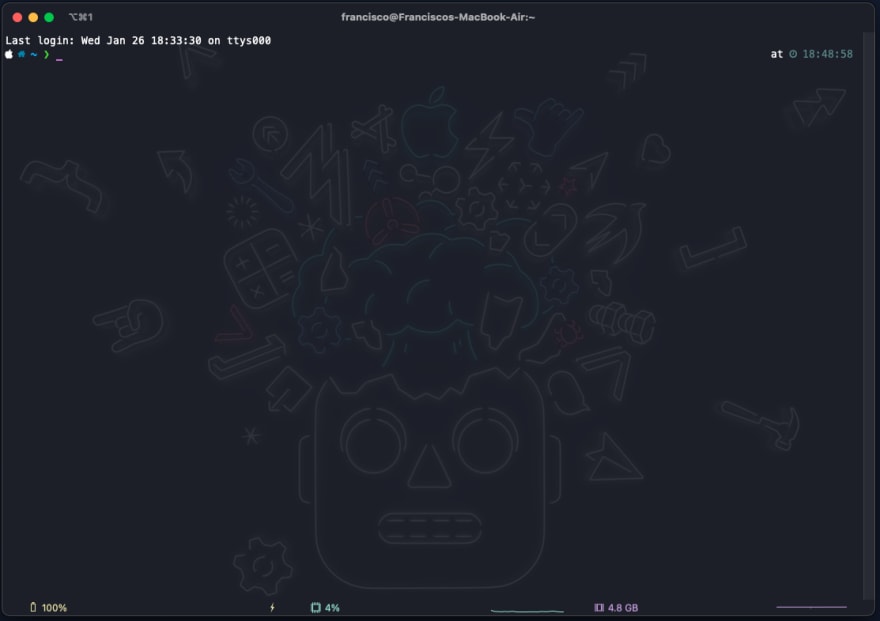 To have a similar setup like mine, use: ohMyZsh to make easier the customization process, alongside powerlever10k to theme things up. Furthermore, in order to have a clearer and more descriptive step-by-step guide for this tools, I encourage you to follow these two videos: video 1 and video 2.

In addition, I would like to mention that these computers have git installed. Thus, you could check you git version in your terminal using git --version

〉PM. Why should you have one in Mac?

A packet manager (PM) is a must-have tool for developers since it makes things easier (software installation or even languages integration). The most popular one in macOS is Homebrew and its installation process is as simple as following all the steps it describes once you copy the next line in your terminal: /bin/bash -c "$(curl -fsSL https://raw.githubusercontent.com/Homebrew/install/HEAD/install.sh)"

〉Apps. The most obvious yet the most needed feature

I must say that this section took me a month to be finished in my Mac due to the lack of optimization with a few apps. But, as the time I’m writing this I can say that the following apps run perfectly and without Rosetta2:

〉Web tools. I couldn’t think of a catchy subtitle

Finally, one of the tools I use the most is Node JS. To install it we will use Homebrew and NVM (why nvm? ‘cause it makes version management easier and less messier), thus, is important to do so once you have installed that packet manager. In your terminal type brew install nvm. The first time you type this command it will not let you use nvm since there is not a proper usable PATH within your mac. Fortunately, Alex Ziskind did a wonderful video that tells us the right directions to follow in order to properly add NVM to our system. As a summary of his amazing job, we must do:

You did it to the end. Thank you so much ❤️! This guide was simple yet I hope you find it useful. I am concerned that I did not mentioned how to add important technologies (such as python 3.x) but expect those iterations to this guide soon 😉.