On a Friday morning, slacking, you are thinking about the new Netflix shows to catch. Your boss comes over, asks you to write a parser for a Systemd unit file. She needs it by Monday. 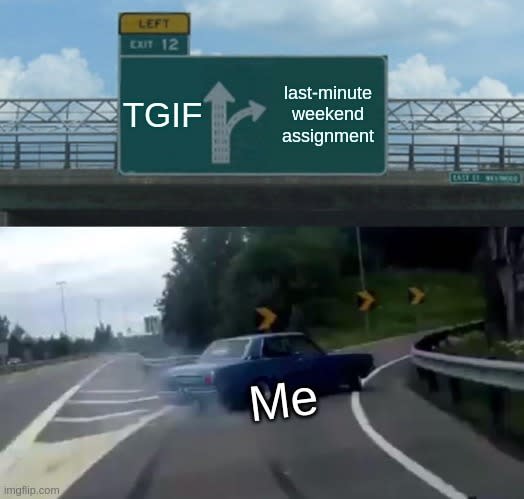 You're nervous. Last time you were asked to write a parser, you went down the rabbit hole of the web, Copying and Pasting Regex Formulas Until It Worked™. 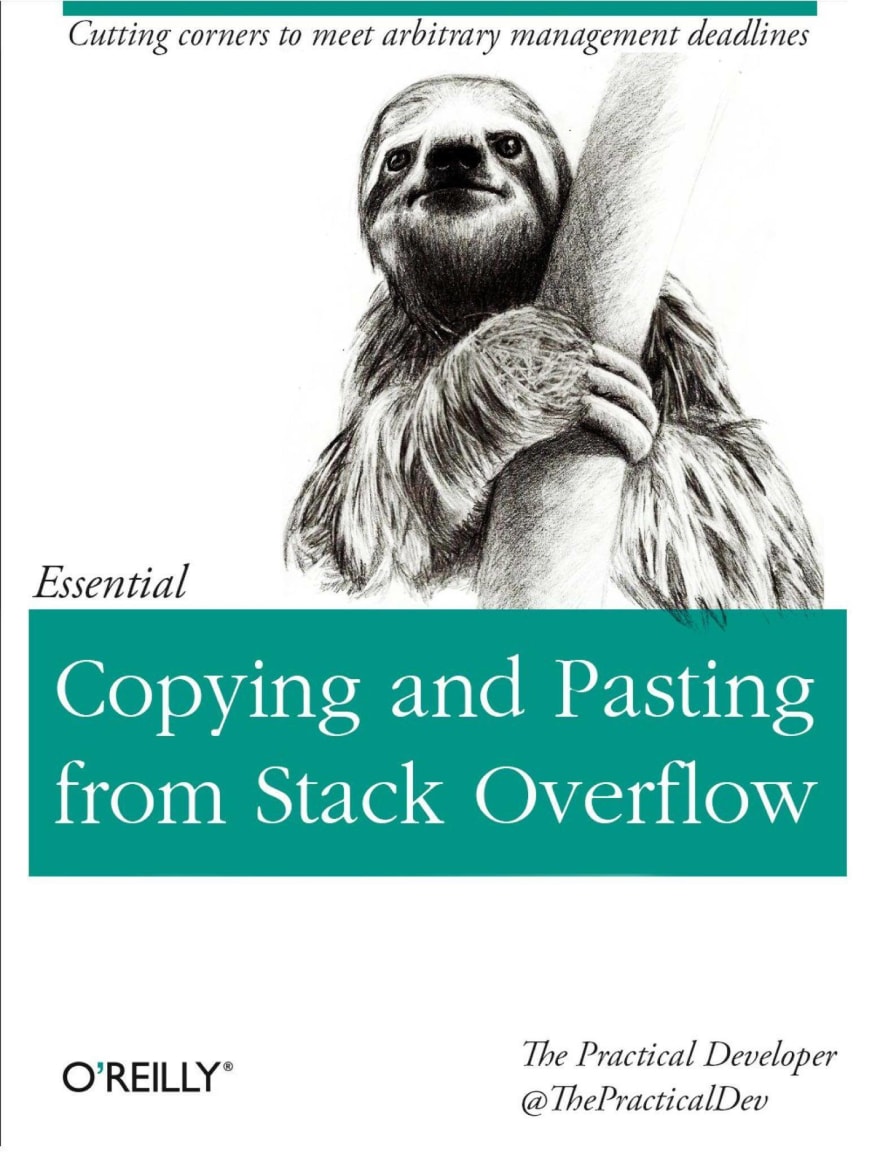 You take a sip of your boba tea to calm yourself down. You google up Systemd and like... no, it's not as simple as you thought. 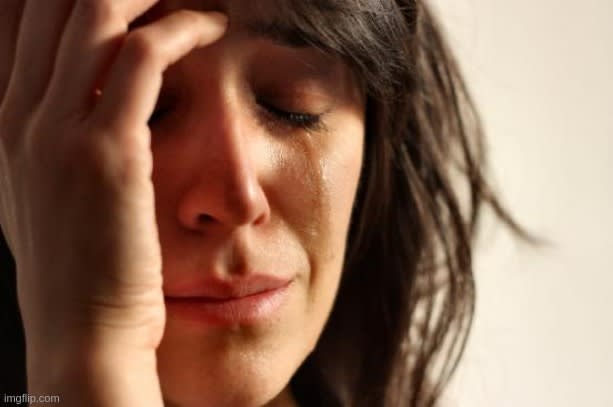 Your good 'ol regex copy-paste trick flies out the window. Chances of spending non-disruptive weekend to binge on shows are quickly going toward null.

PEG To the Rescue

Don't lose hope just yet. Let me introduce you to Parse Expression Grammer (PEG), an easy way to wrap your head around parsers and save your valuable weekend.

PEG is a readable way to write syntax rules and is quite similar to regular expressions, which is different from a Context-free Grammar counterpart such as Backus-Naur Form (BNF) in which expressions must be reduced to smaller symbols. Sorry, Noam Chomsky, maybe some other work days.

I will be using a Rust PEG parsing library called Pest, which is pretty awesome. If you haven't yet, I'll wait up while you go install Rust.

Let's kick off with a simple grammar for parsing a JavaScript-like variable declaration statement. We will start by thinking about a set of rules for valid inputs.

A group of identifiers:

An identifier is a term, meaning it is an unbreakable piece of token. So are the var keywords and the semicolons.

Circle back a bit to BNF side, using Extended Backus-Naur Grammar (EBNF), you could formally define the above grammar like this:

For brevity sake, we leave out implicit white spaces from the rules. Basically, one or more white spaces can exist between every symbols you see.

Let's dig into it! The <alpha> and <digit> rules are self-explanatory, so we'll leave that to your guess.

<Decl> is the most complex rule for a declaration statement, featuring a var keyword, <Idents> symbol, optional new line, and ending with a semicolon. Basically, this rule says, "Any string input beginning with var, followed by one or more spaces, then a sub-rule <Idents>, followed by one or more spaces and finally ending with a single semicolon is valid and I'll happily chomp on them."

<Idents> can either be a single <Ident> symbol, followed by zero or more pairs of comma and <Ident>.

Hold on, young Anakin! Hot-headed, you are. Lo and behold, with the grammar defined, we will be able to parse these statements:

No, I didn't forget to format my code. It's valid JS, and it is for our parser too! Here is something our rules won't stand:

Anyone care to guess what's wrong here? ✋ Leave your answer in the comment. (psss, if your answer is right, I'll follow you + 3 likes on your post 👍)

Ok, I hope you already have Rust installed (In your terminal, trying typing which cargo and see if it comes up). Start by creating a new Rust binary project with

Within the project folder, open up Cargo.toml file and add the following under dependencies, and run cargo update to install them.

Once that's done, cd into src and create a file called grammar.pest, and paste the following in it:

Now if I have had your attention for the last few minutes, it shouldn't be to hard to take a guess on what's happening here. (Oh, I haven't? Anyways... here we go)

The first five are all terms. They are sets of valid values. The | is called the Choice Operator, which is like "or-else".

When matching a choice expression, first is attempted. If first matches successfully, the entire expression succeeds immediately. However, if first fails, or_else is attempted next.

The newline rule has a quirky _ before the bracket, which in Pest speaks means "silent" -- we simply don't want it as a part of our parsed tokens, but it is nonetheless part of a valid syntax.

The declaration rule is very similar to the EBNF counterpart we learned before. The tildes ("~") simply mean "and then". The rule starts with a "var" keyword, followed by anything that isn't a newline (the "!" does what you intuitively would have guessed - negating a rule), followed by a sub-rule idents, an optional newline, and ends with a semicolon.

The idents rule is again similar to the EBNF example. It is either an single ident, followed by zero or more comma-separated idents.

The ident rule is a little special. The "@", known as Atomic, in front of the bracket is there to say, "I don't want implicit white spaces to apply to this rule." We sure don't want to include any space in our variable name. Moreover, marking a rule as atomic this way treats the rule as a term, silencing the internal matching rules. Any inner rules are discarded.

Note that ASCII_ALPHANUMERIC is a convenient built-in rule in Pest for any ASCII characters and digits.

If we parsed a string "hello" with this rule, this will yield first a string_lit node, which in turn has an inner node containing the string "hello", without quotation marks. 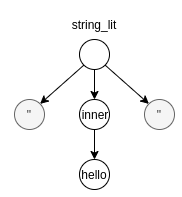 Adding a "@" sigil in front of string_lit bracket:

We will end up with a flat string_lit node containing "\"hello\"".

A similar sigil "$" known as the Compound Atomic, protect implicit white spaces inside the rule. The difference is it allows internal matching rules to parse as normal.

The !digit part protects the rule from going forward if it starts with a number. If it doesn't, any one or more combinations of characters, numbers, and underscores are fine.

But wait, where's the code?

Dang, my clever explorer! You seem to corner me at every move. Yes, that wasn't code at all but a Pest grammar definition. Now we have to write some Rust code to parse some text. Fire up src/main.rs and add the following:

It's ok if you don't understand most of the thing here. Let's run it with cargo run in your project directory and look at the printed output.

The most important concept here is a Pair. It represents a matching pair of tokens, or equivalently, the spanned text that a named rule successfully matched.

We often use Pairs to:

a Pair can have zero, one, or more inner rules. For maximum flexibility, Pair::into_inner() returns Pairs, which is an iterator type over each pair.

💡 Pair::into_inner() is very common idiom when working with Pest. Make sure you understand what a Pair is. 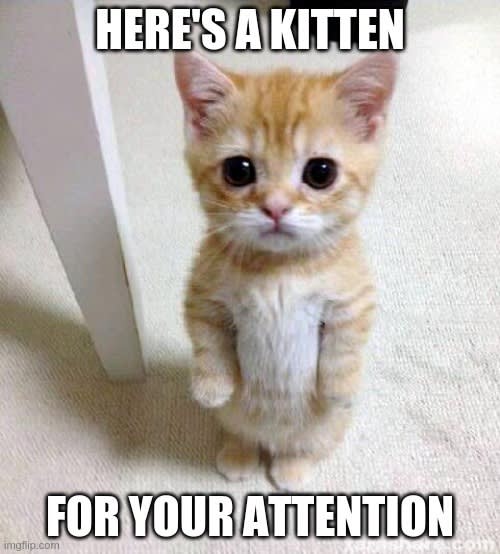 Now it's time to put the work in. Here is an example of a Systemd unit file:

The file is grouped into sections, each with a name enclosed by a pair of square brackets. Each section contains zero or more pair of property name and value, seperated by an equal sign "=".

Let's try to flesh out a set of rules. Create a new rust project with cargo new --bin systemd-parser, then create a file named src/grammar.pest with the following rules:

In the main.rs file, start with the following:

Here is the main function:

This is all good, but we didn't use SystemdValue::Str anywhere in the code. To keep code clean, we decided to treat every property as HashMap<String, SystemdValue::List(Vec<String>), where the key of the map is the property key, and the String vector stores the list of property values. If there is no value, the vector is empty. If there is one value, this vector contains that single value, and so on.

To make the API a little bit easier to use, we will write a small helper function to process all the single-valued Systemd::List(Vec<String>)s and convert them into Systemd::Str(String).

Now we are ready to print it out for the world to see!

Boom! Congratulations! You have just written a Systemd file parser, plus a mini JS one. 🤯 Now you will have some spare time to party away on your Friday night. With another afternoon, you might even figure out how to serialize your Systemd unit file into JSON to impress your boss on Monday.

You can check out the parser code implemented as a library in this repo:

If you like how I helped save your weekend, don't be shy and upvote this post. Please follow me to get more meme-joy hackery like this one. All Q&As are welcome! Just leave your comment and I'll try my best to answer. 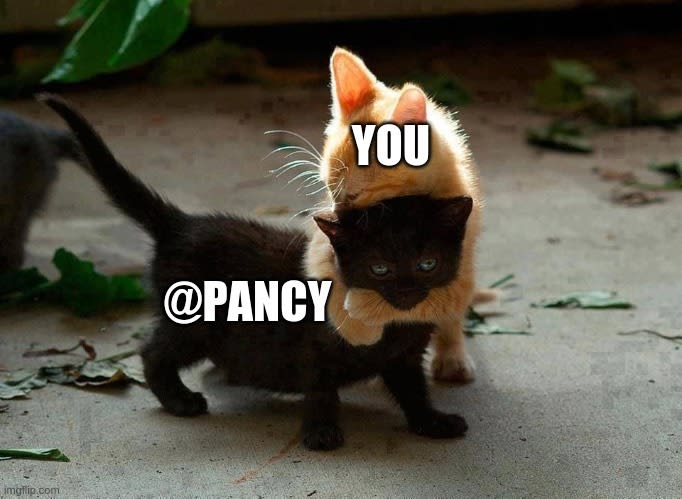 Code Smell 154 - Too Many Variables

How to actually use ESLint + Prettier

Thanks for keeping DEV Community safe. Here is what you can do to flag pancy: