In this post, I'll be describing about the Undergraduate Capstone Project that I created along with my teammates Viraj Shetty @virajvshetty and Ajinkya Tungare @ajinkyatungare24 .

Infrastructures are subjected to constant corrosion making them vulnerable to degradation. Of all different types of structures, bridges are the most vulnerable as they are exposed to various natural factors and if the corrosion is not checked, it can lead to loss of Human Life and property. An IoT based Structural Health Monitoring System can allow us to collect real-time information about different parameters from the bridge and prevent a disaster from happening.

The basic idea of this implementation was to capture images at different sites on a bridge and compare them using Python Imaging Library. If the difference in the image goes beyond a critical limit then there needs to be an in-person inspection done to check the reason behind the obtained result.

Description of the Application:

We have created a python application which takes two images as input and computes the difference in those images using the PIL Library. The idea is to take images from the same site on the Bridges and compute the difference in them in order to see how the site has changed over a period of time. The tests that we conducted on data have resulted in the application detecting changes on the surface caused due to Cracks, Deformities and Corrosion.

We have made a GUI in Python which captures images or takes them from the system storage and then computes the difference image and difference percentage and sends it to the cloud storage. We have developed a PWA where we display the computed percentage difference. A threshold can be set in the system by the governing authority and if the threshold is surpassed, the authority will be notified. We have also implemented an EMail System which sends the input images, result image, timestamps, site & bridge data and the computed percentage difference to the authority. 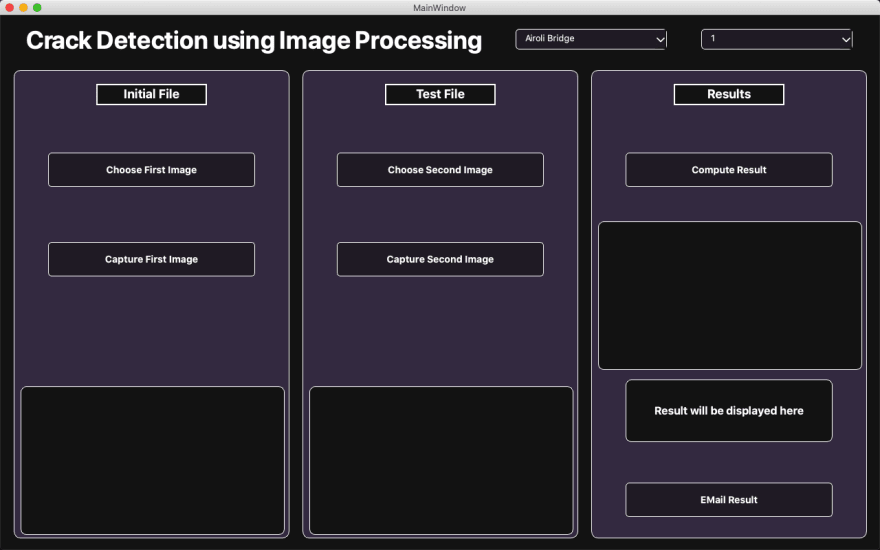 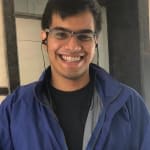 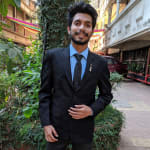 Computer Engineering Student with a Passion for Programming, a Knack for Problem-solving and an Aptitude for Learning

Parth Doshi
@parthketandoshi
Computer Engineering Student with a Passion for Programming, a Knack for Problem-solving and an Aptitude for Learning
work
Student at Mumbai University
location
Mumbai, IN
education
Bachelors of Engineering, Computer Science
joined
May 20, 2020