Generics are very powerful and commonly used in both Java and C# programming - especially in frameworks and libraries.

If you have been using C# generics and then use generics in Java - or vice versa, you will notice that both Java and C# generics look very similar. But they are very different in terms of how they are implemented and as a result what capabilities they have. We'll see that in the rest of this post.

Generics support in a language is required at both compile time and run time. Let's use an example to understand this better.

Let's understand with an example. The following is a simple generic class.

When this class is compiled, the generic type parameters are removed and replaced with non-generic equivalents. Following is the generated byte code - shown by Bytecode Viewer: 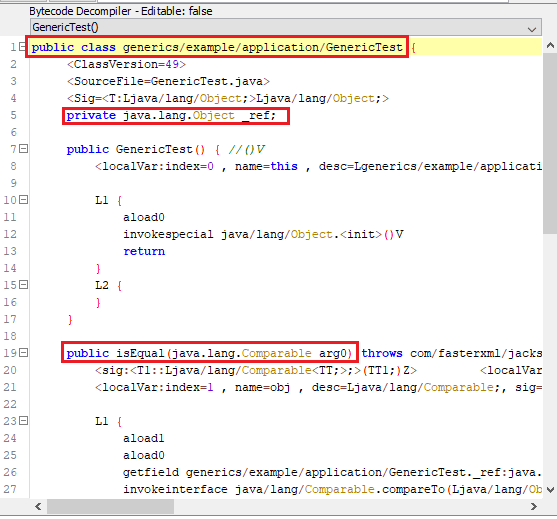 See the difference between source code and the compiled version:

Compiled Java code does not have any trace of generic types. Everything is mapped to a raw Java type.

One of the side effects of Type Erasure is that GenericTest<T> and GenericTest are same after Type Erasure by the compiler, so it is not possible to have both in same package.

At JVM level, there are no generic types. As explained in the earlier section, Java compiler removes all traces of generic types so the JVM doesn't have to do anything different to handle generic types.

Following is the equivalent C# code of the above example in Java:

When the above code is compiled, the C# compiler retains the generic type information, which is used by the .Net Runtime to support generics.

A peek in to compiled library using IL Disassembler: 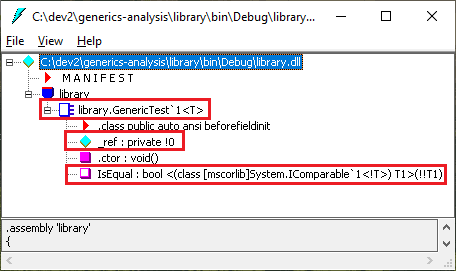 .Net Runtime (CLR) uses the generic type information in the compiled code to create concrete types at runtime. Let's understand with an example.

When this code is run, the .Net Runtime would create three concrete types dynamically based on the original GenericTest<T> generic type definition:

.Net Runtime creates a new type for each primitive \ value type, which gives both type safety and performance benefit by avoiding boxing operations.

For reference type, there is only type and the .Net Runtime type safety mechanism ensures type safety.

Due to the nature of implementation, there are few areas of differences between Java and C#:

Following is the C# code for the same that would work:

But same thing can't work in Java as T.class would not compile.

To make the above code work, getObject method has to receive the Type.

Integrate Cucumber in Playwright With Java

Once suspended, pathiknd will not be able to comment or publish posts until their suspension is removed.

Once unsuspended, pathiknd will be able to comment and publish posts again.

Once unpublished, all posts by pathiknd will become hidden and only accessible to themselves.

If pathiknd is not suspended, they can still re-publish their posts from their dashboard.

Once unpublished, this post will become invisible to the public and only accessible to Pathik Desai.

Thanks for keeping DEV Community 👩‍💻👨‍💻 safe. Here is what you can do to flag pathiknd:

Unflagging pathiknd will restore default visibility to their posts.