In 2020, there is a variety of technology stack that can be utilized to create a website, and sometimes a developer may require to migrate an already existing project from one tech stack to another. In this article we are going to migrate an AWS Serverless (Appsync)

The application we are Migrating 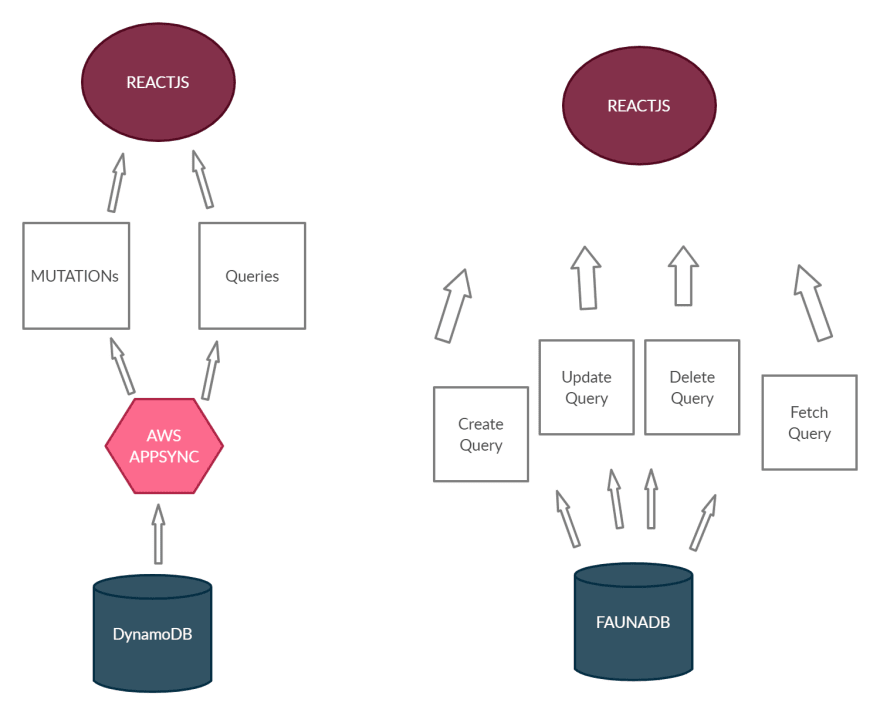 The application is a “todo application” that uses AWS DynamoDB as its Database and AWS Appsync service currently. We are going to convert the current application to a Fauna application.

Fauna is a serverless database that provides you with CRUD capabilities and abstract a lot of “Under the hood” processes You might want to use Fauna because:

Prerequisite for the Article

To Get Started and follow along do the following :

Install all dependencies required to make the application work

Overview of the Current application

The Current Application makes use of the “Aws-amplify” package as the GraphQL client, we are going to be making mutations and queries using the Aws Appsync package

Setting up Fauna is very easy and I am going to walk you through from scratch :

Give the Database a name. 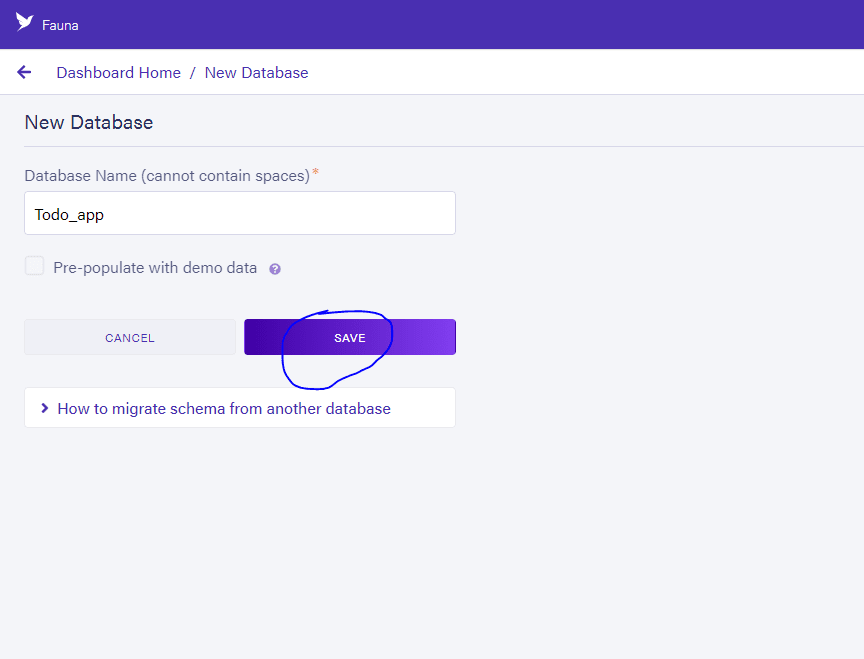 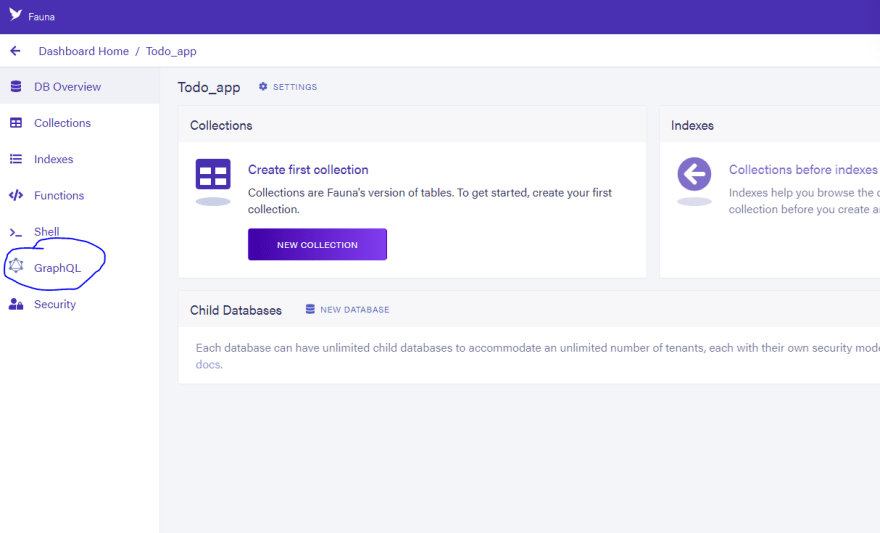 In this Step, I will compare an AWS Appsync Graphql Schema with a Fauna Schema

On the right-hand side we have the AWS Appsync schema, the “@model” directive will create a CRUD resolver for the “Todo” Graphql Type,

Similarly on the Left Fauna will automatically Create Resolvers based on the schema, you need not provide “directives”

Import the GraphQL schema that you created

After you create and configure your database you need a way for client applications to access it.

The key generated will be used to specify and authenticate our Fauna database. It will also help us access the database to perform, create, read, update, and delete activities from the Client (React) application. Note that authentication and authorization are topics on their own .

The application key generated has a set of permissions that are grouped together in a “role”.

Click on the “Security” tab and then the “New key” button

By default, there are two roles, “admin” and “server”. We could use these roles for our key, but it is not a good idea because they provide authorization for “Database level operations” such as creating a new collection or even deleting the database itself.
In that case, create a “Custom role”. 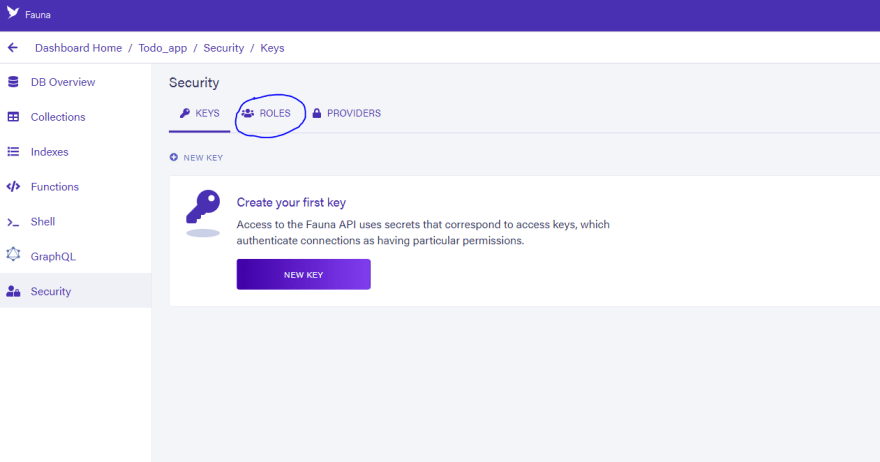 Then you click on the “New Custom role” button

Select permissions and then save 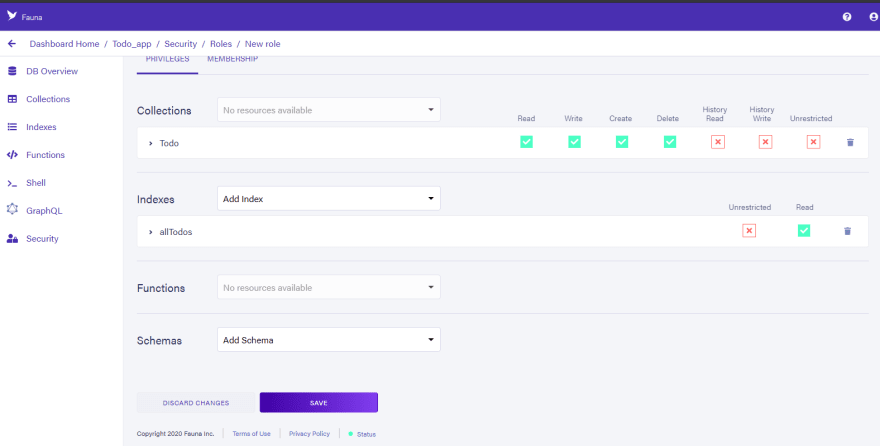 After you save the new Role. You will be able to access it when you want to create a new Key 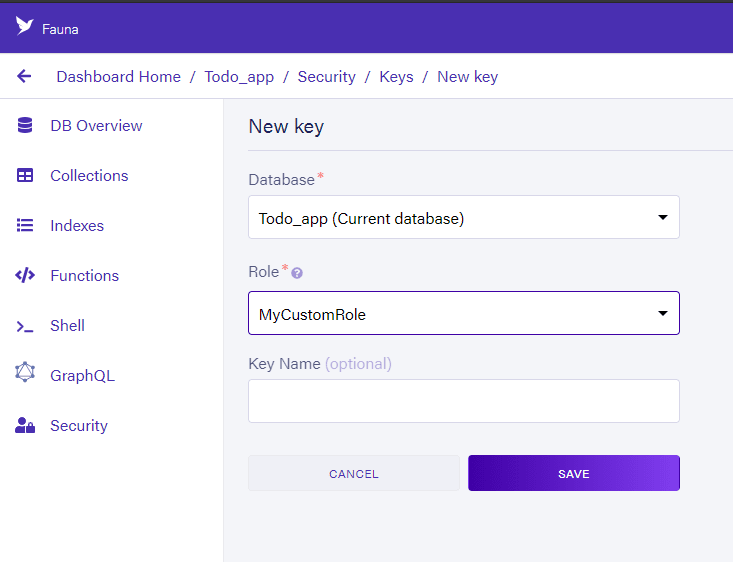 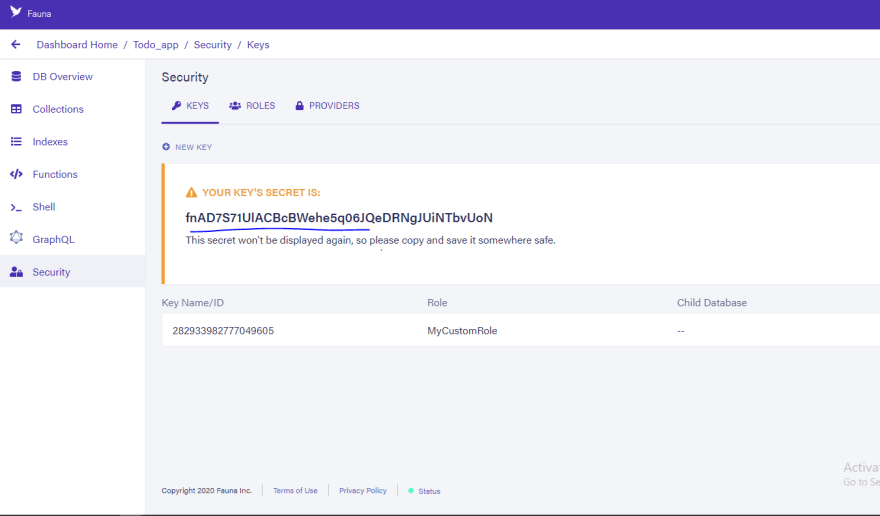 This is the access key that will be used to authenticate your connection with the Fauna database you created.

For security reasons, we are going to load the Key from a “.env.local" file which is in the root level of your react application.

In this file, add an entry for the generated key:

With AWS Appsync we simply made use of the “aws-amplify” package to interact with the graphql api. But with Fauna we are going to be making use of Apollo client.

Now in your src directory of your application, add a new file named client.js with the following content:

What the code is doing here is simply configuring Apollo to make requests to our Fauna database. Specifically, the uri makes the request to Fauna itself, then the authorization header indicates that we’re connecting to the specific database instance for the provided key that we generated earlier.

Note: The authorization header contains the key with the “CustomRole” role (the role we created earlier), and is currently hardcoded to use the same header regardless of which user is looking at our application. The tasks created by a user will not be specific to that user.

After that, We will replace the code in the index.js with

Congratulations You are a rock star

The next thing you have to do is to Migrate the CRUD operations. Since it is a Todo application, we are going to be creating tasks, marking them as completed, getting already created tasks and finally deleting them Using Fauna and React-Apollo client. We will Compare Appsync and Fauna Mutations and queries

Adding tasks to the Todo App

On the Left hand (Appsync) , Notice the structure of the mutation. The API and graphqlOperation functions are imported from aws-amplify package.

On the Right-hand (Apollo),

The useQuery hook is similar to the useMutation hook. useQuery gook is used to make graphql query request. It returns an Object. “data” property contains the response data of the query, while the “loading” property is the status of the request’s completion

The onComplete callback function is called when a mutation is resolved. deleteTask is a function used to perform a delete mutation. The arguments passed are the variables in the graphql mutation.

updateTask function is similar to the previous mutations, but the first property of the variable object is the “id” property. The data property will contain all Fields in the database that you wish to update.

If you made it this far congratulation In this article we migrated an AWS Appsync application to a Fauna application by creating a new database, connecting the fauna database to our react application and then we compared the structure of queries and mutations in Appsync and Fauna. Fauna is a really cool innovation and it is something I will advise every developer to start using. You should also check out their official documentation for more information.

Once suspended, philzace1 will not be able to comment or publish posts until their suspension is removed.

Once unsuspended, philzace1 will be able to comment and publish posts again.

Once unpublished, all posts by philzace1 will become hidden and only accessible to themselves.

If philzace1 is not suspended, they can still re-publish their posts from their dashboard.

Once unpublished, this post will become invisible to the public and only accessible to Akuagwu Philemon.

Thanks for keeping DEV Community 👩‍💻👨‍💻 safe. Here is what you can do to flag philzace1:

Unflagging philzace1 will restore default visibility to their posts.