Your continuous integration (CI) pipeline is one of the most important pieces of software you can have in your business: it runs every time a change in your code is made.

At the backend team of Playtomic, we are quite proud of our CI pipeline. It not only manages the integration of dozens of branches every day, but the deployments to our development and productions environment. It is currently handling around 35 projects and it is totally unsupervised. Every change to develop branch goes directly to development environment. Every change to master goes directly to production.

Ruben told us how Playtomic's stack looks like. In this post, we want to give some hints about what we were thinking when building our pipeline. It is not very exhaustive, but I think it is a good approximation. It would be awesome in you share with us how your CI works!

What did we expect?

When building a pipeline there are several points you have to care about. It has to be:

Pushes to develop and master are always performed after code review (we use github's pull-requests).
More: 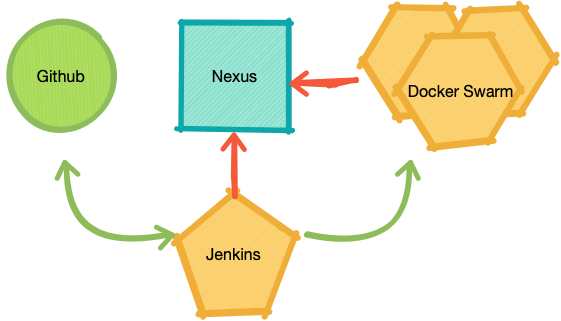 These are the components that form our pipeline:

Some snippets. I am skipping the content of the config class, but I think it is still clear.

Make your commands explicits, that is, specify all environment variables with the command. This way you can replay them in your machine if something goes wrong by looking for the command in the log.

Some stuff that we want to incorporate or improve:

Containerization your Go application with Docker

Every Day Docker Commands You Need To Learn

Once suspended, playtomic will not be able to comment or publish posts until their suspension is removed.

Once unsuspended, playtomic will be able to comment and publish posts again.

Once unpublished, all posts by playtomic will become hidden and only accessible to themselves.

If playtomic is not suspended, they can still re-publish their posts from their dashboard.

Once unpublished, this post will become invisible to the public and only accessible to Sergio Garcia Moratilla.

Thanks for keeping DEV Community 👩‍💻👨‍💻 safe. Here is what you can do to flag playtomic:

Unflagging playtomic will restore default visibility to their posts.