If you are a computer scientist I am sure you agree with me when I say that trees are everywhere. And I mean everywhere! It is extremely common to use trees as a basic data structure to improve and define new algorithms in all sorts of domains. Machine learning is no different; decision trees are one of the most used nonparametric methods, it can be used for both classification and regression.

Decision trees are hierarchical models that work by splitting the input space into smaller regions. A tree is composed of internal decision nodes and terminal leaves. Internal decision nodes implement a test function, this function works by given a set of variables (the most used approach is to use univariate trees, that is trees that test only 1 variable at a given node) we get a discrete output corresponding to which child node we should go next. Terminal nodes correspond to predictions; a classification output might be the corresponding class, and a regression a specific numerical value. A great advantage of decision trees is that they can work using categorical values directly.

For example, in the following tree, we might want to classify patients that required treatment versus patients that do not require it. Each node makes a decision based on a simple rule, and in each terminal nodes, we have the final prediction. The gini index is a measure of how impure the node is. If the impurity is equal to 0.0, that means we cannot split any further because we have reached a maximum purity. 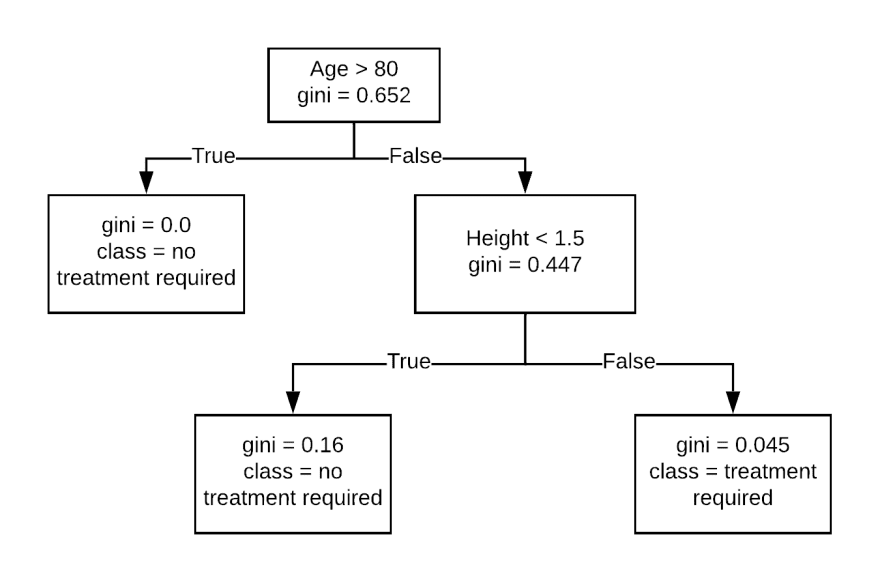 One of the perks of decision trees, compared to other machine learning algorithms, is that they are extremely easy to understand and have a high degree of interpretability. Just by reading the tree, you can make decisions yourself. On the other hand, decision trees are very sensitive to small variations in the training data, so it usually recommended to apply a boosting method.

Note: In fact, a decision tree can be transformed into a series of rules that can then be used in a rule-based language such as Prolog.

The job of classification and regression trees (CART) is to predict an output based on the possible variables that the input might have; higher leaves tend to divide more important features and lower leaves tend to correspond to less important ones. That is why decision trees are commonly used as a dimensionality reduction technique. By running the CART algorithm you get the importance of each feature for free! 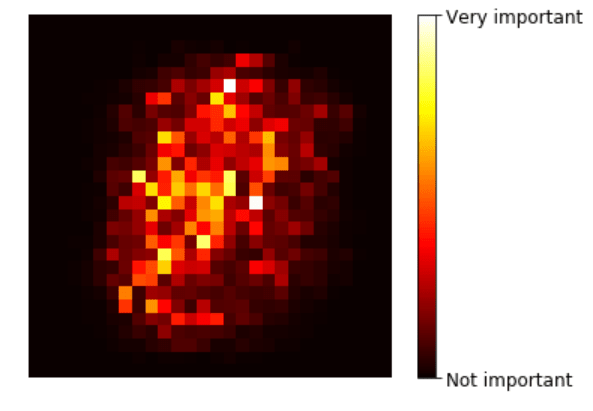 As any machine learning model, we must ensure to have a correct error function. It has been shown that any of the following error functions tend to perform well:

Decision trees are very good estimators, but sometimes they can perform poorly. Fortunately, there are many ensemble methods to boost their performance. 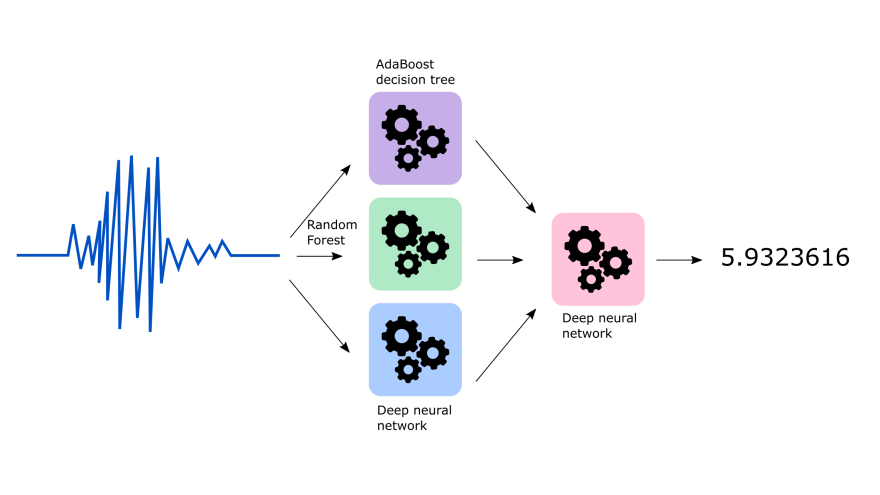 Improving your JavaScript with Enums