Is this factually right??🤔

If this is not the answer, then what is variable hoisting?

The main agenda of this post is to make you understand how hoisting works in Javascript. I highly recommend you to read the post on execution context before continuing further. 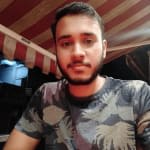 How Does JS code run - Execution context and Call stack

In Javascript, both variables and functions are hoisted which basically means, no error is thrown when you reference a variable or a function before declaration.

Take a moment to think what will be printed in the console.

If your answer is undefined then that's right, but why it is printing undefined rather than throwing some error?. If you try to reference a variable before declaration in some other language(like C,C++,...) you will get an error sayinga is not defined. So lets find out why??. 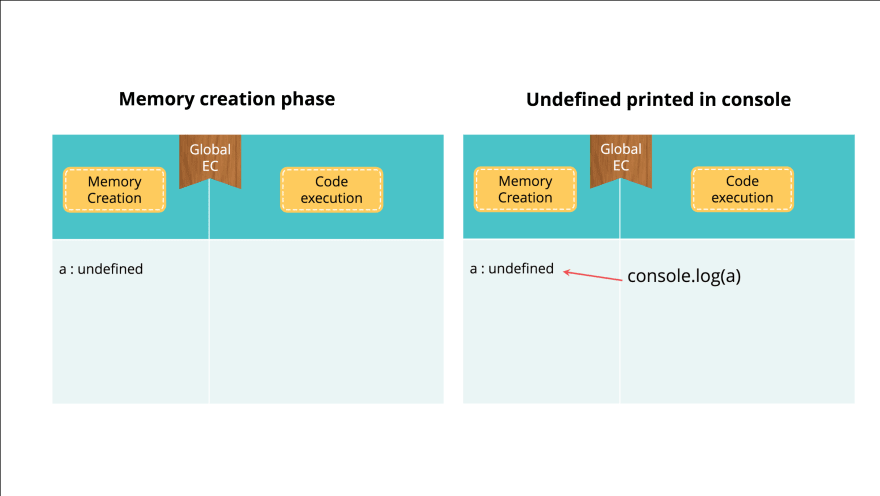 During code execution phase when the control goes to the first line , the js engine looks for the value of a in the current execution context's memory which has the value undefined.This is the reason why undefined is printed in the console.After which 5 is assigned to the variable a in the memory.If you remove the declaration statement (let a = 5;), then you get a reference error (a is not defined) as it is not available in its memory space. 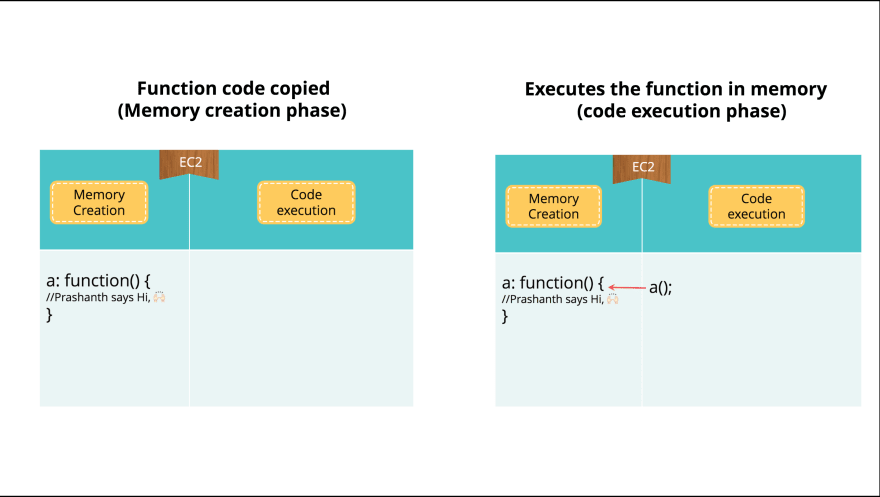 Just like variables, functions are also hoisted. This is because, during memory allocation phase function code is copied as it is instead of initialising with undefined as we saw in variables. So in the code execution phase when the control hits the first line - function invocation, js engine will look in the memory, gets the function code and executes it gracefully.

We know that whenever js code runs, a global execution context(global scope) is created. Trust me, this is also true even if you didn't write a single line of code. 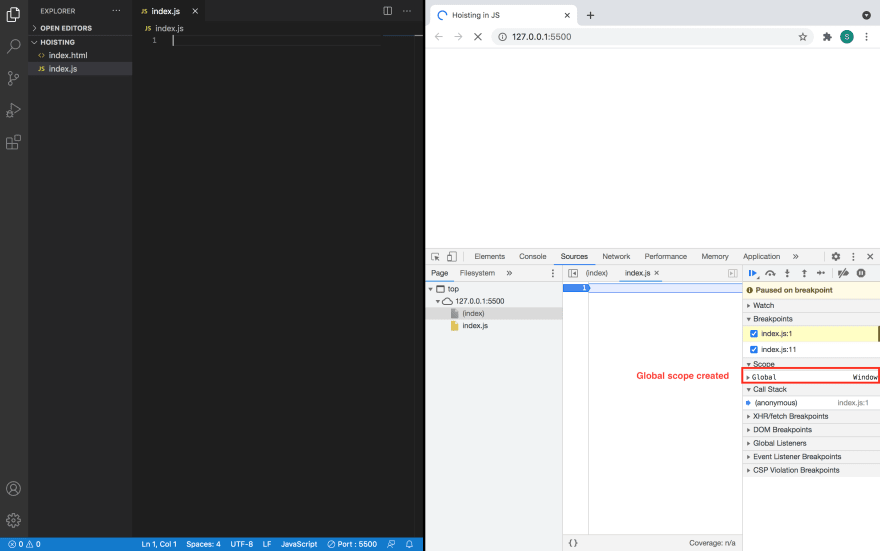 With all the basics that you learned above, try to figure out what will be printed in the console and write your answers with explanation in the comment section.

Voilà!!!. You have completed the part1 of hoisting.

Once suspended, prashan81992916 will not be able to comment or publish posts until their suspension is removed.

Once unsuspended, prashan81992916 will be able to comment and publish posts again.

Once unpublished, all posts by prashan81992916 will become hidden and only accessible to themselves.

If prashan81992916 is not suspended, they can still re-publish their posts from their dashboard.

Once unpublished, this post will become invisible to the public and only accessible to prashanth.

Thanks for keeping DEV Community safe. Here is what you can do to flag prashan81992916:

Unflagging prashan81992916 will restore default visibility to their posts.