If not, then I hope this post will be useful for understanding execution context and how the order of execution context is maintained by call stack.This fundamental concept also pays way to have the foundation to comprehend hoisting, scopes, scope chains, and closures

Before diving deep into the concept, we must have the basic understanding that Javascript is synchronous and single threaded,

(ie) During memory creation phase and code execution phase in the Execution context, js code is executed line by line.

From here onwards I will be addressing execution context as EC

Whenever we run a javascript code, a global EC is created, which comprises mainly of two phases,

Let me explain this with a simple example,

As I mentioned before when we run this code, a global EC is created and the memory creation phase starts. 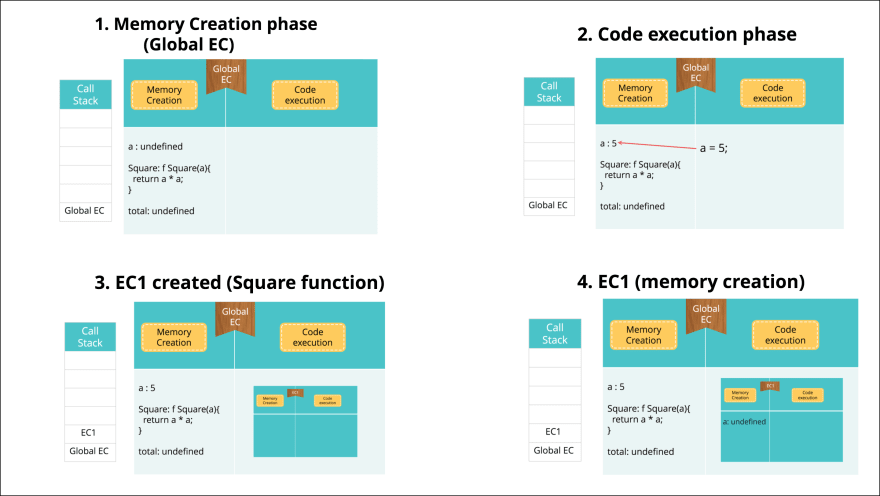 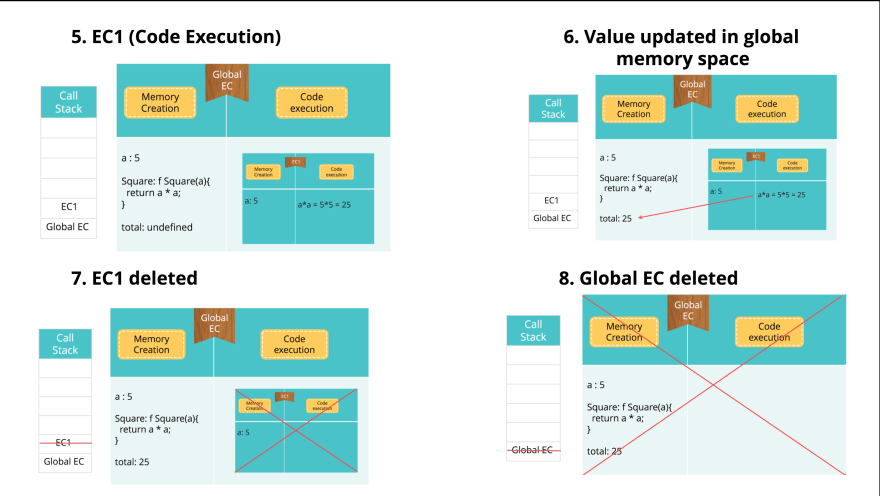 So in the above example variable a and isColorPrinted is initialized with keyword undefined and for the Square function, function code is copied as it is.

It's very important to understand this, because it will be easy to understand why variable hoisting happens in js, which I will be covering in the another post😉.

After completing the memory creation phase, the code gets executed right from the first line synchronously. So in the above example, the assignment a = 5 replaces undefined for a in memory.When the control reaches the function invocation Square(a) a new EC is created within the global EC. Again for the new EC it has to repeat two phases. After memory creation and code execution phase are over, the value returned will be assigned toisColorPrintedin the memory part of global EC and newly created EC will be permantly deleted,If anymore function invocation happens then a new EC is created.For nested function,an EC will be created within the parent EC. 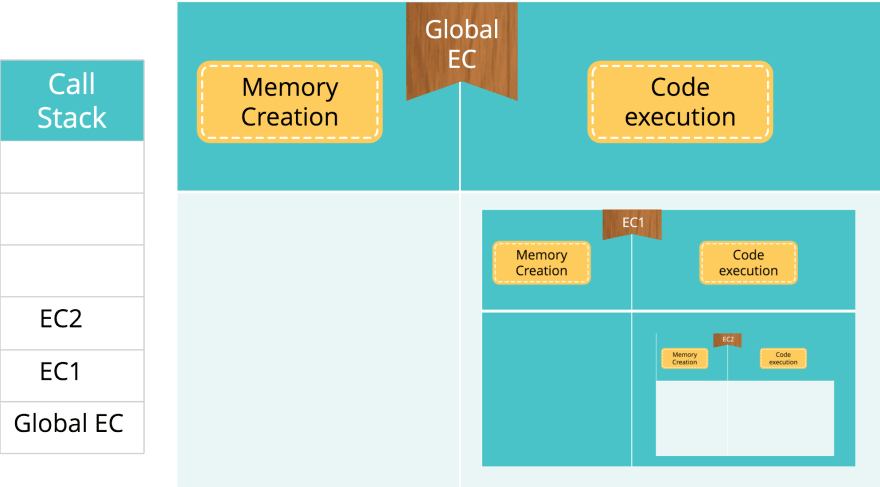 But for deeply nested functions and other complex scenarios it becomes really tough to manage the execution contexts, so here comes to our aid - call Stack

Call stack is responsible for managing the order of exection of EC's. When the js code runs,

I hope this was insightful! Let me know in the comments .

Don't forget to follow me!!! I will be explaining hoisting, scope, and closures in the upcoming posts using the stuff you learn here(execution context).

Introduction to the VueJs Framework

RegEx Validation: A Cheatsheet (most used)

Once suspended, prashan81992916 will not be able to comment or publish posts until their suspension is removed.

Once unsuspended, prashan81992916 will be able to comment and publish posts again.

Once unpublished, all posts by prashan81992916 will become hidden and only accessible to themselves.

If prashan81992916 is not suspended, they can still re-publish their posts from their dashboard.