Resiliency is key to software nowadays. It contributes to your application's reliability and plays a major role in the competitive advantage of your business. Resilient applications smartly exploit the strengths of software patterns that handle timeouts, delays and faulty service responses.

Great authors and presenters like Uwe Friedrichsen and Donald Firesmith share their ideas and knowledge about resilient software design. Such articles describe software patterns that overcome disruptions and improve application resiliency in a handsome way.

However, deploying a resilience pattern requires you as a developer to verify your implementation. When touching the ground of verification, things appear to get difficult.

Chaos engineering tools advertise features like stopping a virtual machine, or to terminate pods in your Kubernetes cluster. The "blast radius" gets high here. Higher than a developer expects when exploring a resilience design pattern on Friday afternoon at 2PM.

That is where the Chaos Middleware package goes into action. The Cloud Bug Study states, that neglected error handling - buggy code, timeouts, and others - leads to a great portion of a system's unavailability.

The next sections will guide you through i) the installation and configuration process in your Django application ii) and the simulation of delays and application faults. Simulations are enabled by HTTP header requests or by the Chaos Platform control center.

Trigger delays by setting the x-proofdock-attack request header. The Chaos Middleware detects any value inside this header.

Set the header's value to {"actions":[{"name":"delay","value":"15"}]}. The value describes the simulation name and its value in seconds. The described simulation delays the response by 15 seconds.

For the simulation, we use the Postman client to visualize the HTTP requests.

Set the header's value to {"actions":[{"name":"fault","value":"Exception"}]}. The value describes the simulation name and its value as a fully qualified name of the exception to be raised. The simulation will raise the Exception. 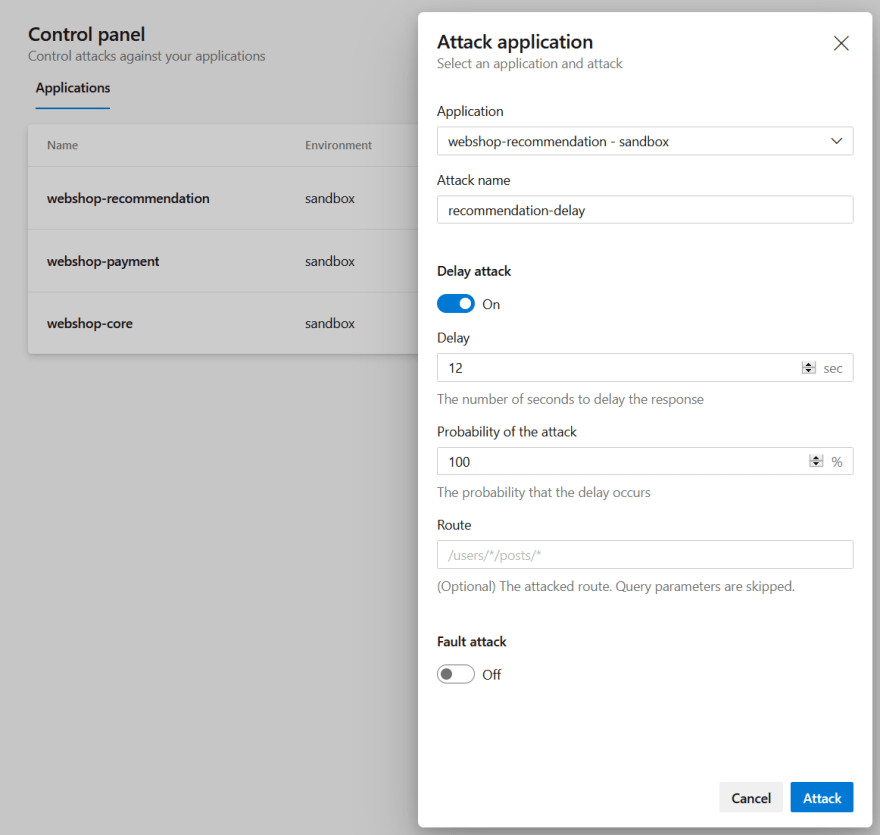 The control center in Azure DevOps

We hope you had fun and learned some new aspects on resilience.

We are Proofdock, a software tech company located in Germany helping engineers build more resilient and reliable software products. Check out the Chaos Platform for Microsoft Azure and explore your system.

Infrastructure as Code (IaC) how it all started - 1. part

Next-Auth with Django, how can we do it? Email Based, and OAuth Both!