Note to my Dev.to readers: I use the RSS import feature here to sync in my content from my main blog. When I post on non-technical stuff, I just ignore it. I'm making an exception in this case as it's directly about me, kinda related to tech, and well, because I feel like it. Let me know if you would like more like this from me... here. :)

For the past several years, I’ve done “round up” posts where I talk about what I accomplished, what I wanted to do for the next year, and also what my favorite assorted “media” was over the past year. Last year’s post (which was technically this year, I posted it on January 1st) was somewhat different given the significant changes that had gone on in my life. I had decided that this year’s only goals would be my physical and mental health.

I think I did rather good in that regards. I’m in a very happy place emotionally, having found someone I love (and luckily loves me in return). The physical side is a somewhat different story. I’m pretty healthy, but one of the side effects (I guess) of being in a new relationship and having a lot of fun is that it’s somewhat harder to keep the weight off. I’ve gained a lot of my lost weight back. On the other hand, I was a bit too low this year so my goal for this year is to simply get to about “half way” where I was previously. I’m still exercising a lot and every checkup I get is glowing, so I’m going to do my best to not stress over one number.

So yeah… personally I’m pretty damn happy. I still have things to work through and see my therapist on occasion, but I’m not going to question my happiness and just try to enjoy the hell out of it.

Professionally it was an interesting year. After discovering that Amex was absolutely, 100%, not a good fit for me, I looked for work elsewhere and started a new job at HERE back in August. I absolutely love this job and am still learning new things every day. Next week I get to attend my first CES in Las Vegas. I’ve been able to give more presentations this past year and see more developers out in the wild.

Last year I gave fifteen presentations which is actually much more than I thought I would have. I think that’s a great number for the year and I’m going to try to meet that goal for 2020. (I’ve got three booked so far!)

For folks curious about my travel stats, this year I had 32 flights, hit 3 different countries and 10 cities. I spent almost 4 days in the air and flew 35K miles. I used JetItUp for these stats. It’s having some website issues now but in general, it’s a damn good utility.

One of my other goals for this year was to get better at Vue, especially in regards to the CLI and applications. I hate to brag, but I think I kicked butt in that regards. To be clear, I don’t think I’m some Vue master. But in 2018 I’d have said I was a strong beginner and now I’d peg myself as a strong intermediate user. I wrote nearly forty blog entries on Vue in 2019 and that’s not including my external articles. I’m also working on my first Vue.js book! I’m only a contributor, but I haven’t worked on a book in a while so I’m pretty happy about that.

Overall I wrote 64 blog posts this year which is a far cry from my earlier years but as I’m writing more and more for other sources, and my job, I’m fine with that. To be honest I think a good half of what I blogged about a decade ago are things that I now use Twitter for - basically short bits of information that I want to share with other developers.

For next year, my professional goals are:

To be honest, I don’t really want to put a lot of thought into this. My “favorites” always tend to me the most recent things, and when someone says, “But what did you think about X”, typically I’m like, “OMG that was amazing too”. That being said, I figured I could share a bit of what I really liked this year and hopefully there will be some new things here for you to check out.

I already reviewed “Rise of Skywalker”, and while I liked it a lot (and want to see it again), it wasn’t my favorite movie of the year. That would definitely have to be “Knives Out”, which had an amazing story and an incredible cast. It’s one of those rare films that looks great in the trailers and ends up being even better than you thought.

Pretty much all the comic book movies were great. “Endgame” was awesome and frankly, Marvel has accomplished something amazing over the past decade or so with the MCU. “Joker” was very interesting and while not my favorite version of the character, I’d say it’s a strong number two.

“It Chapter Two” was ok… but honestly didn’t feel as strong as the first part.

While not completely new, this is the year I discovered the “John Wick” trilogy. I watched all three over a day or two and damn was that a good trilogy. It may be a mild spoiler, but all three movies take place pretty much in the same time period so watching it all at once made it even more awesome.

Lastly, if you didn’t watch “Us”, absolutely check it out. It was by far a more interesting horror film then “It”.

One of the benefits of having a new partner in life is discovering all of their favorite shows. I was lucky enough this year to be introduced to many new things she liked, but I think my favorite may be “Schitt’s Creek”. This is a “simple” little comedy with an amazing cast and some truly heartwarming story arcs. Honestly I think I can say I love each and every character in the show.

I also discovered “The Expanse” which just had a new season released a few weeks ago. It’s an incredibly detailed/realistic sci-fi series you can binge on Amazon Prime.

Speaking of shows I discovered via my girlfriend - “Gotham” is so, so damn good and I’m kicking myself for not watching it earlier. We’re currently just at the beginning on season two and still have a lot to catch up on, but I’m loving where this show is going.

And of course…. the best show… the absolute most incredible show of this year… 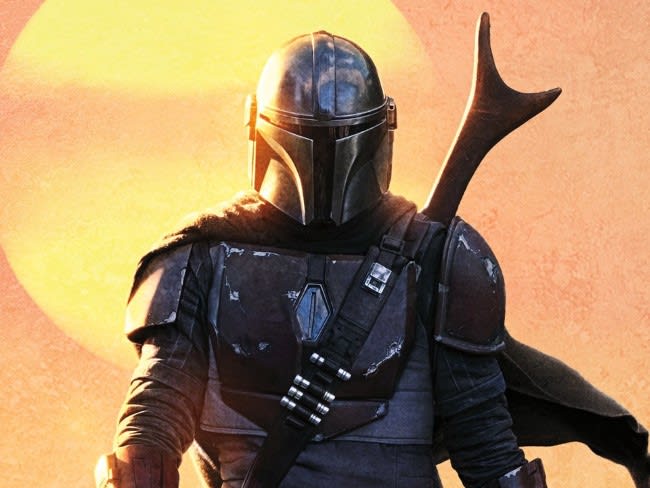 Disney+ is a great service so far, but honestly I enjoyed “The Mandalorian” so much I’d pay just for that show alone. In fact, the only truly sad part of my year was realizing I’d have to wait another nine or so months to see this beautiful creature… 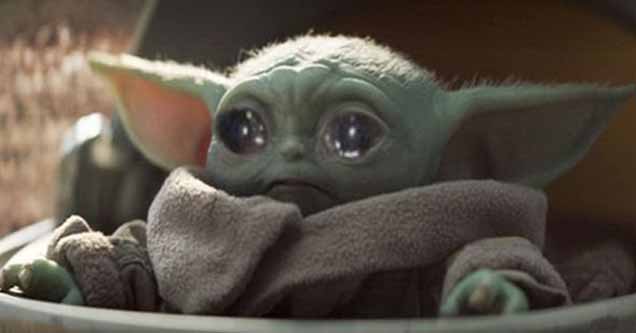 I played a lot of games this year, but honestly no one game really enthralled me. I can absolutely say I love the Nintendo Switch and have played some great games on it. It’s a great system and I can definitely recommend it. Game-wise, I’ve enjoyed some games over the past year, but I don’t think anything was great. The new Crackdown was fun, but I expected a bit more after such a long wait. “The Outer Worlds” was a great RPG, and deserves some credit for having a shorter story that didn’t require 100+ hours of game play. “No Mans Sky” added an incredible amount of content, but as I’ve got over two hundred hours in the game I’ve kinda taken a break from it. The new Star Wars game, “Fallen Order”, was “Ok”, but also really frustrating at times. I don’t think I’ll ever replay it.

Finally, I’m ending the year playing the Bards Tale trilogy, a remake of a series I played when I was a child.

Oops, I almost forgot to mention. This is the year I discovered “Just Dance” (on the Switch) and it is fun as hell. The entire family gets into and it’s an incredible amount of exercise. I always knew dancers worked hard, but I don’t think I had a true appreciation for the amount of skill and energy required to pull off those performances. We used to play after dinner and I’m gong to try to get that back into our family schedule as a way to burn some calories late in the day.

Sigh. If I failed anywhere, it was here. I’ve only got four books done this year (although I’m nearly done with a fifth), so my plan is try my best to get to one book a month next year. My favorite this past year was “Cruel Stars” by John Birmingham. I was kinda “meh” on the Handmaid’s tale sequel. I’m currently reading “The Armored Saint” and re-reading “Nine Princes of Amber”. Neither will get done tonight so they’ll help my stats for next year. ;)

This was the year that my buddy Brian and I launched a new music listserv, Coda Breaker. Our membership is small, but it’s been a fun way for us to share new (and old) interesting music. I’d highly encourage you to sign up if you enjoy getting music recommendations from nerds. Trust me - it will be worth your while.

I’ve been working on this post for the last hour or two and want to wrap it up so I’ll keep it short.

My favorite new discovery (and again, from my incredibly smart girlfriend) is London Grammar. My favorite track is…

My favorite song from this year (and favorite video) is “Exits” by Foals:

I say this from time to time, but I’ve truly come to appreciate how lucky I am and how thankful I am that I can share my thoughts, wacky experiments, and learnings, with all of you. As always, if there is anything I can do to help, please reach out. (My DMs are open on Twitter.) I hope each and every one of you have a wonderful new year.

How I improved my git skills

Singletons in ES6 – The Good, The Bad, The Ugly

Raymond Camden
Raymond Camden is a Senior Developer Evangelist for Adobe. He works on the Document Services APIs to build powerful (and typically cat-related) PDF demos.
Can code be poetic?
#discuss #programming #writing
What If Animals Could Code...
#jokes #discuss #webdev #programming
What was your win this week?
#discuss #weeklyretro

Thanks for keeping DEV Community safe. Here is what you can do to flag raymondcamden: