A note to any presumptive reader: This is an ongoing sketch done during a quest to understand what state machines can do for UI construction. Code samples are only intended as art, i.e. hopefully illustrative, possibly interesting, only accidentally executable.

A web page is a state

Once upon a time, all web pages were static. Then the situation was simple: The browser was in the same state as long as the same web page was shown.

When the user clicked a link, the browser performed a transition to another state. These states can be represented by the URL. But what we as users see on the screen is the result of the browser loading and rendering a html page that corresponds to the URL. What we observe is a very simple state machine. We now understands the browser and the web page using sate machine concepts.

So what is a HTML tag?

Lets now zoom in our view and consider a single HTML tag. What is it and where do it belong? We can observe it:

So because the exists in the html file, a node is created upon ENTRY of the web page as a state, and then deleted when the state EXITS. This means that a HTML tag stands for a combination of and Entry action and an Exit action. For convenience, lets call that a boundary action.

Boundary actions are natural and helpful

While the term "Boundary Action" is not typically part of State machine terminology, it has two advantages: It is convenient and it can offer something any sane entry action would kill for: The opportunity to undo what the entry action has done. For example, a friendly implementation will keep the environment in which the entry action was executed alive until the corresponding exit action executes. Let's say the an entry action starts a timer that will trigger a transition after 10 seconds. Then a user events causes the state to transition after only 3 seconds. Since the timer is implemented as a boundary action, it can delete the timer as part of it's exit action.

So let's implement a HTML tag as a boundary action

Assuming we have a state machine that controls the internals of a web page, and that each state accepts boundary actions, how can we implement a HTML tag? Let's give it a try:

Upon entry of the state, the tag should create a DOM element. Upon exit, the element should be removed. In order to keep hold on the environment that the boundary action needs, we use double closures in the spirit of Reified Continuation Passing Style, see 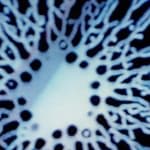 [ Art of the State, part 0 ] Why it is impossible to write an Identity Function in JavaScript, and how to do it anyway

Oh, it seems we have forgotten something? Non-atomic HTML tags can have content, i.e. other HTML tags. It is a really bad idea to forget about one's kids!

Are we there yet?

So, assuming we have a state machine that controls our web page, can we add HTML content in a safe and sane way?
Well, I think we nailed the essentials: To uncreate in the exit action all that we created in the entry action.
But, alas we cannot create any visible DOM nodes, yet. One way to do that would be to look for any string among the boundaryActions inputs, and promote it to boundary action, and make a deletable text node from it. Also, we have no way of adding attributes to the element. That could be done in a similar fashion, looking for an object to promote to boundary action, thus adding/deleting its props to our DOM node. (This way of interpreting data types as something else is used to great advantage in both jQuery and Hiccup.)

Also we should add a variant of out tag implementation that, in the spirit of jQuery don't create a DOM node, but looks it up and allows modifications.

Third, the notion of context is probably incomplete, since, when we map events to transitions, we have no where to send the transition. The DOM creation actions had parent, maybe the event handlers need something similar.

This is utterly useless in the case described above, where every web page is static. But consider the typical case in 2020, when almost every web page has dynamic elements, then we have different landscape: We can define a web-page according to a plan. A plan where states are explicit and all DOM creation and manipulation can occur absolutely only in one place, namely on the borders of the states. And every action that performs a mutation will also undo that mutation at the exactly appropriate point in time: when it's state exits.