header credit: Luis Quintero @ Pexels
I had the pleasure of volunteering alongside a couple of other folk in the FrontEndNorth conference that happened in Sheffield. It was the first time that I got to go to England and see such wonderful talks and support the organisers!

My first objective was to be able to talk with people in a meet-up/conference environment without feeling awkward. As a volunteer, you have to interact with other people, right? At the very least, you must interact with the organisers or the other volunteers.

Whenever I go to meet ups I often feel like I'm intruding if I try to talk with others there. 'So? Just drag a friend with you, it's fine!' I hear you say, and you are not wrong! But I do genuinely want to know more people that are also interested in the same topics and not feel like I'm 'butting' in conversations. Whenever I go with someone else I usually end up not talking with no one else but them and this is because I know I won't feel like an awkward duck starting a conversation.

My second objective was to see as many talks as I could (I ended up not being able to watch two, but I'll mention them here anyway!). Some of them don't have the slides linked because I wasn't able to find them, if this changes at any point I'll link them. Let's just jump in:

The evolution of Responsive Design by Rachel Andrew

text reads: The first rule of Media Queries is ... Do I need a media query?
There are many things in this talk that, technically wise, I find extremely useful and important. I was surprised to find out so many things about media queries that I wasn't aware of and about the new things that CSS is slowly coming out with to make the detection of devices easier and less clunky. However, the thing that stuck with me the most was a quote from when the subject turned towards the user and how they engage with the content that we develop (such as, for example, using outdated browsers):

"Stop expecting people to fix something to use your website. Respond by meeting them where they are." — Rachel Andrew

Are we even Designing? Like, at all? by Florence Okoye 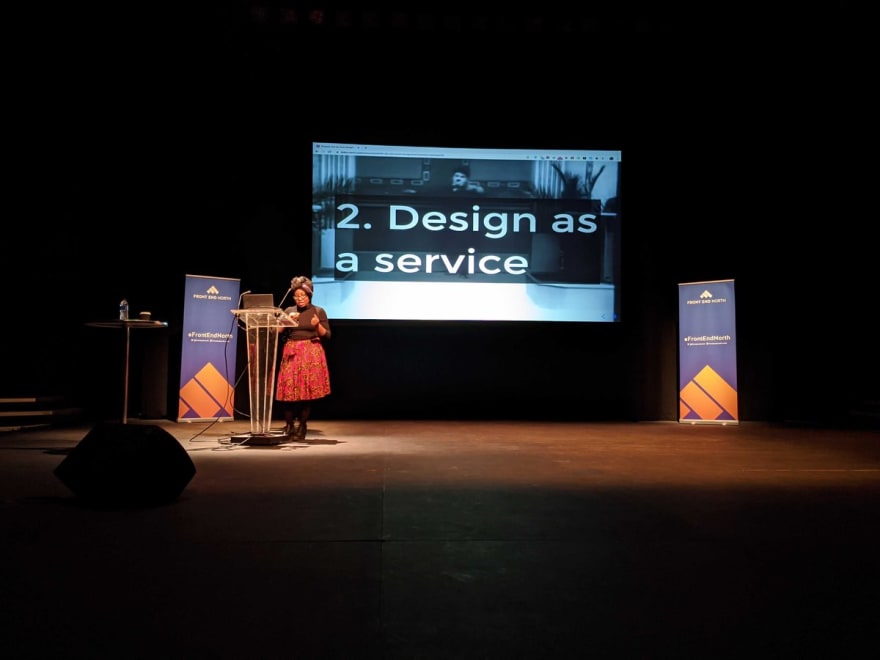 Design as a service.


Unfortunately this was one of the talks that I wasn't able to attend. I did, however, follow the tweets that were happening during the talk as a way to sort of accompany it.

"Most people here will have heard, in real life or a movie, a black person described as an ape or a monkey. (...) And yet a piece of software created in the 21st century did just that." — Florence Okoye

It's honestly... bewildering that this still happens, though not surprising. You need only look at what happened with Microsoft's AI bot to have a glimpse of what 'having good intentions and a good heart' can lead to.

I really hope that I get to at least see the slides or at least maybe see the talk at some other point in time. 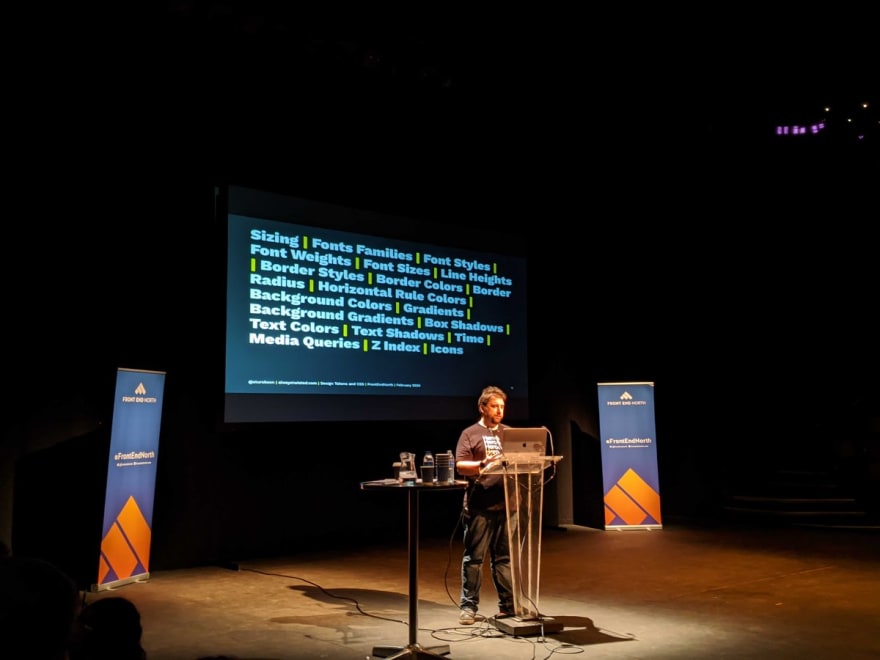 This is the second talk that I didn't attend... but this is one of the topics that I'm always very excited to talk about.

Since I've worked very closely with UI Frameworks, these sort of topics are always very near and dear to my heart. I had never heard them being called "Design Tokens" (I'm a bigger fan of "Spicy variables" myself). I can't really say much besides just: 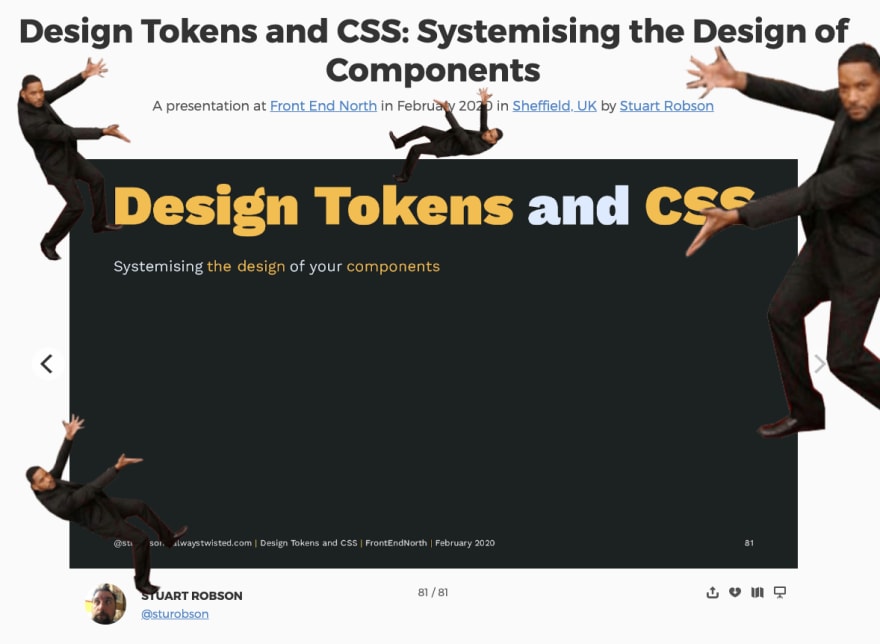 Have you written tests for that? by Mike Smith 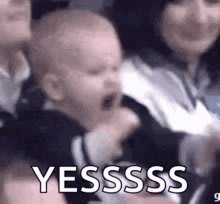 Me, at any time people talk about the importance of tests #FrontEndNorth @mikerhyssmith

I cannot even begin to explain the allergy most developers seem to have when it comes to tests. I feel it's gotten a lot better over the years (especially as things do become more accessible and easier to understand) but I am always so glad to hear about how other people do their tests and how we can improve ours in my team. This was especially close to home because on the day before, as I was travelling to the conference and then when I finally settled, guess what I was doing?... Writing tests. I feel that this talk is great to get a reminder what your priorities while writing tests should be and what types of test should be used when and what for.

You talkin' to me? by Léonie Watson

text reads: Hello, my name is Inigo Montoya. You killed my father. Prepare to die!

This was a lot of fun! It never really occurred to me how the voice menus were built (spoilers: using Voice Extensible Markup Language) and I was even more surprised to discover that the origins of using voice as an interface actually happened a lot longer ago than I would have first guessed. Léone mentions that all news, regardless of intense, sound the same because the voice inflation doesn't change. She also explains how it is possible to not only change the voice, but also the inflation and cadence, and what a difference it makes! In the example used, she starts off with the typical, epic quote from the Princess Bride but spoken in a flat, typically english tone with the same cadence in delivery throughout. However, when she applies pauses (and different lengths at that) and a different voice that fits the character better, it transforms the text completely. 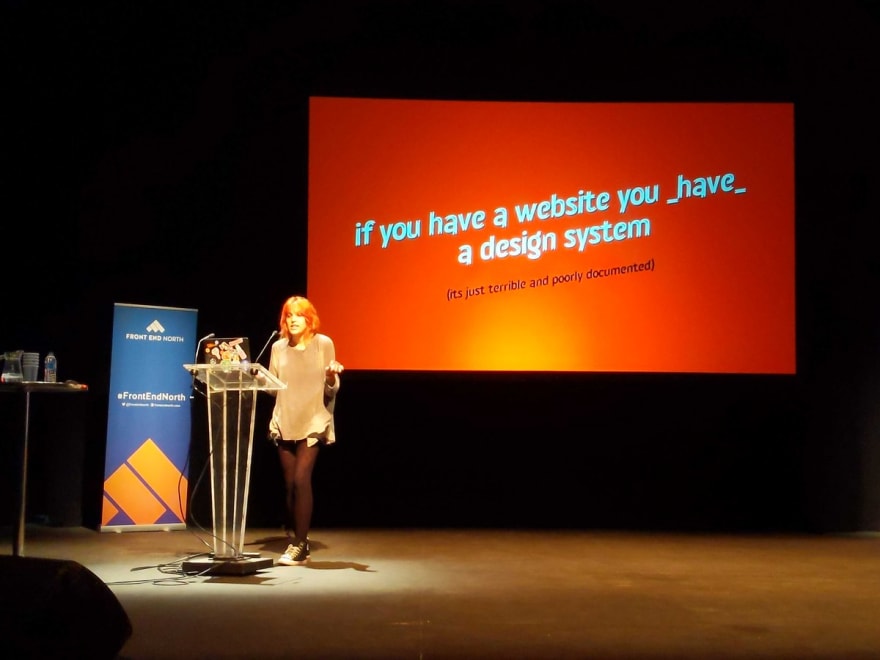 I don't think I've ever heard a more relatable quote than this one:

"If you have a website you have a design system (it's just terrible and poorly documented)." — Laura Gonzalez

The sharp sense of humour and the design of the slides were really great. Like a jolt of energy. We're currently working on getting our own Design System in order, so this talk is one that I've been sharing with the designers in my team. 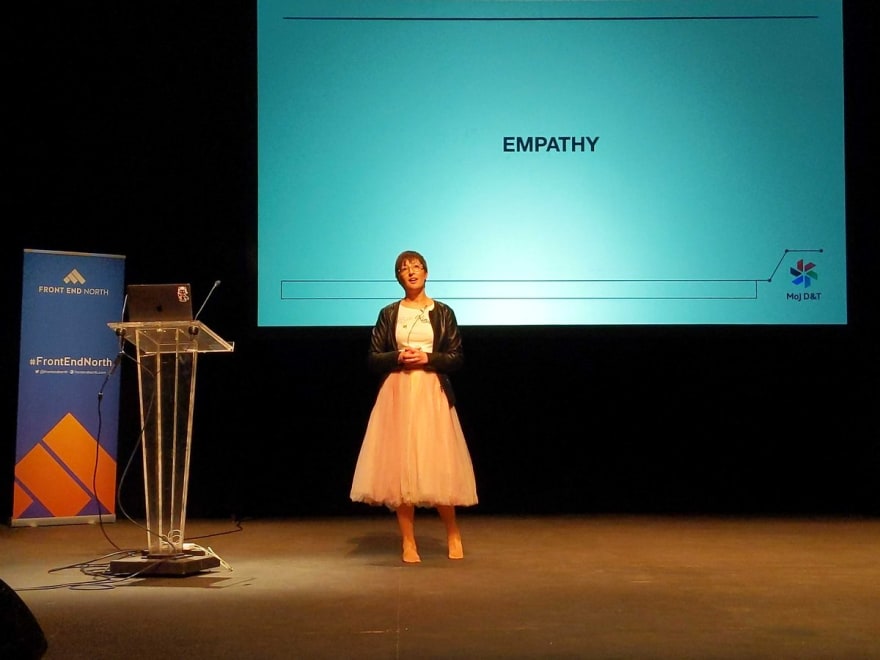 The only way to build software for prisons is through empathy.

I'm always excited whenever talks that focus on empathy end popping up in a (mostly) tech environment. As a front end developer, the conversations around 'security breach' happen, but they are never to the level of what that same term might mean when you are developing for a prison.

Nevelina walked us through how the process is slow because of the number of variables that exist and the impact that might cause. How it's important that information regarding prisoners is clear and obvious. Prisoners have their daily activities (akin to jobs) but their paths through the prison must be carefully calculated in case if another prisoner (for example, from a rival gang) is out of his cell at the same time. There's still a long way to go, but it's amazing how these smaller, slow changes have already been a great improvement for the quality of life of those that work in prisons.

Burnout and Balance by Jessica Rose


(unfortunately the preview on DEV doesn't allow for the two images to appear, but this tweet has two images of the cute brains (hence the joke). And while I could have shown a more professional part of the talk, I wanted to share this instead. My priorities are indeed in the right place, thanks for asking!)

The sense of humour in this talk was right up my alley. I tried to keep track of the amount of good quotes that made me snort throughout but I was sadly unable. Doing the last talk of a day can always be a challenge, but Jessica held the attention of the crowd from beginning to end. "You're more than your work. Your quality of life matters." is a quote that is very often forgotten about especially in the field of tech and coding where the lines between work and "free-time-fun" can oftentimes become blurry.

Speaking from experience, it's hard to separate your self worth from the things that you create, from your work. That is a dangerous tight rope to walk.

Golden words to finish on:

"If, like most people, you can't quit your job and spend more time with your horse: do less, in ways that won't damage your life. Outsource. Start saying no. Selectively emotionally invest. Ask for help. Recharge. Practice forgiveness and don't be a jerk." — Jessica Rose

So, now you know that at least the second objective I was pretty successful with. But what about the first one?

Well... It sort of worked. I definitely got to meet a lot of the volunteers though not really talk a lot with them for an extended period of time (which makes sense). One of the highlights was that I got to meet Katie Fenn and Ian Parr in person. I saw Katie's talk when I attended JSConf EU 2018 in Berlin and her sense of humour (and cat gifs) made me realise that conferences and meet ups were something that I would love to be more involved on. As for Ian, I really want to give him a special thanks because throughout the day he always made sure that I was ok and not feeling alone. It meant a lot, thank you.

I spoke to a couple of attendees, got new book references to read (thanks Kyle!) and got a lot of new things to think about as I returned home. I still felt like an awkward duck, but it'll get better. 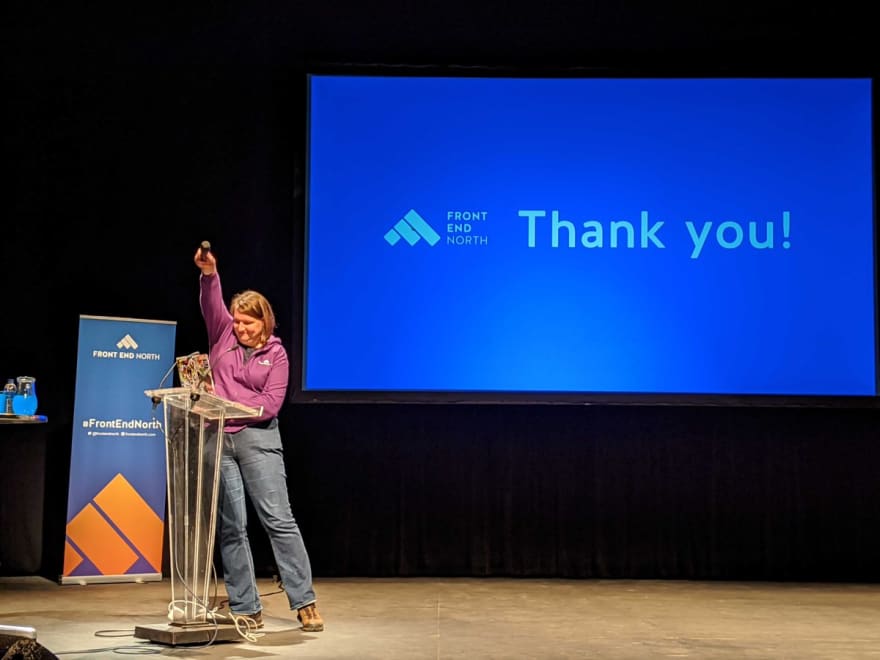 Well that was pretty amazing, even if we do say so ourselves 😀 Thanks so much for coming, we hope you all had a great day.

It’s not quite over yet though, join us @kommune_ch for the after party frontendnorth.com/venue/#afterpa…
#FrontEndNorth

RitaDias
I am a Front-End Dev that loves cute things nearly as much as JavaScript. I can cry about my cats on demand.
Chrome Extensions of the Month - January 2023
#productivity #webdev #javascript #beginners
Responsive Text - Without @media queries
#css #webdev #beginners #html
#DEVDiscuss: to Specialize or to Generalize?
#devdiscuss #career #beginners

Once suspended, ritadias will not be able to comment or publish posts until their suspension is removed.

Once unsuspended, ritadias will be able to comment and publish posts again.

Once unpublished, all posts by ritadias will become hidden and only accessible to themselves.

If ritadias is not suspended, they can still re-publish their posts from their dashboard.

Once unpublished, this post will become invisible to the public and only accessible to RitaDias.

Thanks for keeping DEV Community 👩‍💻👨‍💻 safe. Here is what you can do to flag ritadias:

Unflagging ritadias will restore default visibility to their posts.