While there are quicker ways to open File Explorer, you can use Command Prompt to open the file manager in the current directory (or any other directory) in Windows 10. Here’s how.

To begin with, open Command Prompt on your PC by opening the "Start" menu, composing "cmd" in the Windows Search bar, at that point choosing "Order Prompt" from the list items. 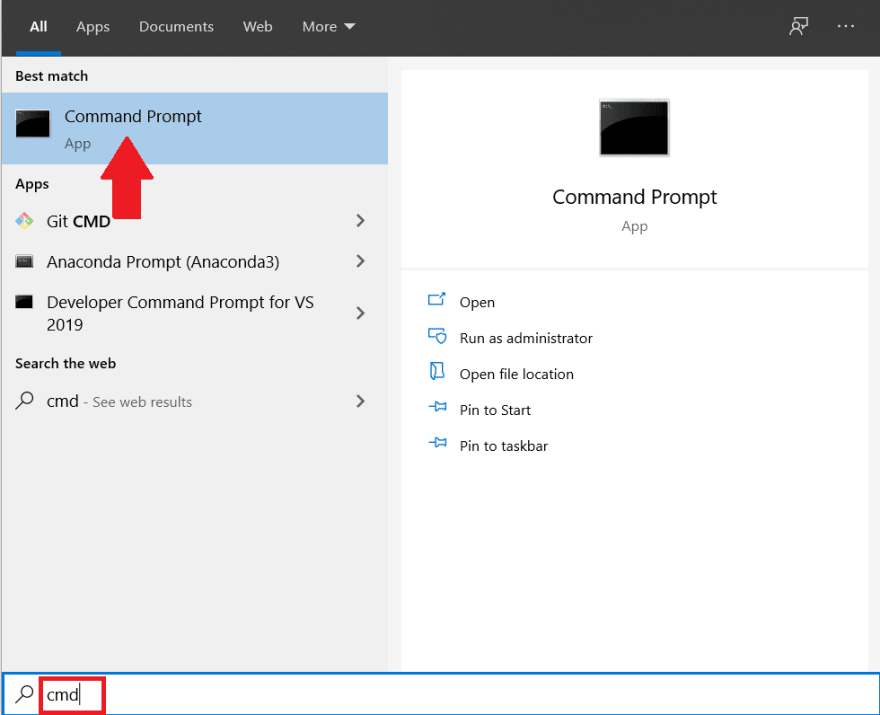 The parent folder of the current directory will now open in File Explorer.

For example, in our current directory, C:\Users\Ritul Singh, we want to open the Documents folder in File Explorer, which is just one level down. To do so, we’d run the following command:

Ritul Singh
Effective Student committed to learning, developing skills in android development, and team contribution.
Should developers study 20 hours a week after work?
#career
15,000 GH stars in a year: how we did it 🤩
#opensource #career #devjournal #programming
The perfect open-sourcer does not exist
#opensource #beginners #github #productivity

Once suspended, ritulsingh will not be able to comment or publish posts until their suspension is removed.

Once unsuspended, ritulsingh will be able to comment and publish posts again.

Once unpublished, all posts by ritulsingh will become hidden and only accessible to themselves.

If ritulsingh is not suspended, they can still re-publish their posts from their dashboard.

Once unpublished, this post will become invisible to the public and only accessible to Ritul Singh.

Thanks for keeping DEV Community 👩‍💻👨‍💻 safe. Here is what you can do to flag ritulsingh:

Unflagging ritulsingh will restore default visibility to their posts.