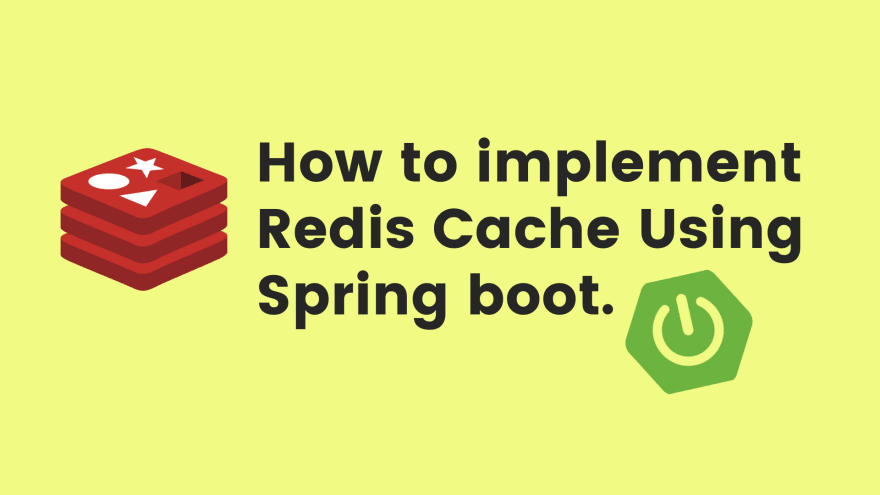 What is Redis Cache?

Redis, which stands for Remote Dictionary Server, is a fast, open-source, in-memory, key-value data store. The project started when Salvatore Sanfilippo, the original developer of Redis, wanted to improve the scalability of his Italian startup. From there, he developed Redis, which is now used as a database, cache, message broker, and queue. Redis is an open-source (BSD licensed), in-memory data structure store, used as a database, cache, and message broker. Redis provides data structures such as strings, hashes, lists, sets, sorted sets with range queries, bitmaps, hyperloglogs, geospatial indexes, and streams. Redis has built-in replication, Lua scripting, LRU eviction, transactions, and different levels of on-disk persistence, and provides high availability via Redis Sentinel and automatic partitioning with Redis Cluster.

Why use Redis Cache?

Redis is a great choice for implementing a highly available in-memory cache to decrease data access latency, increase throughput, and ease the load off your relational or NoSQL database and application. Redis can serve frequently requested items at sub-millisecond response times and enables you to easily scale for higher loads without growing the costlier backend. Database query results caching, persistent session caching, web page caching and caching of frequently used objects such as images, files, and metadata are all popular examples of caching with Redis. Redis can be used with streaming solutions such as Apache Kafka and Amazon Kinesis as an in-memory data store to ingest, process, and analyze real-time data with sub-millisecond latency. Redis is an ideal choice for real-time analytics use cases such as social media analytics, ad targeting, personalization, and IoT.

How to use Redis Cache?

The use of Redis Cache is are many its can be used as a database or cache but in these parts, we going to cover how we can use Redis as a cache.

Step 2: Which dependencies should I include? 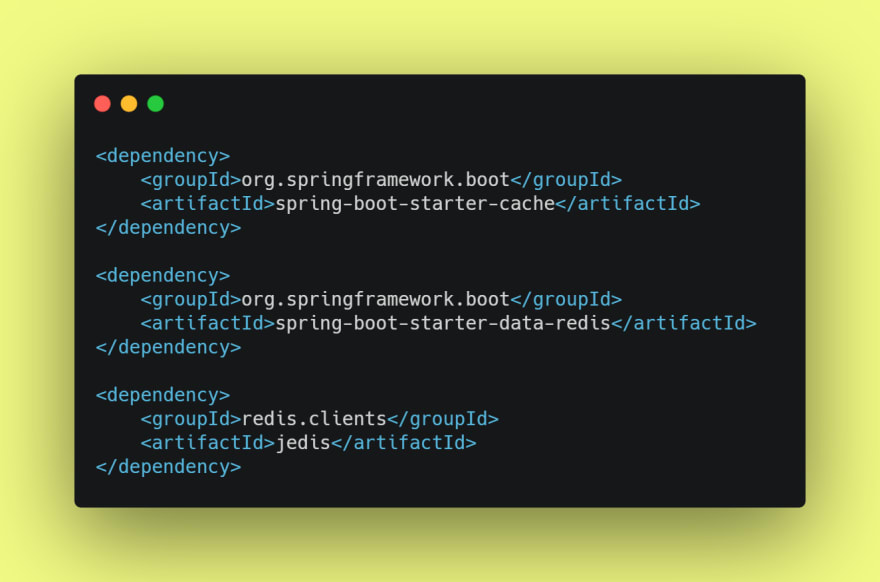 Step 3: What are the properties we need to add to the application. properties? 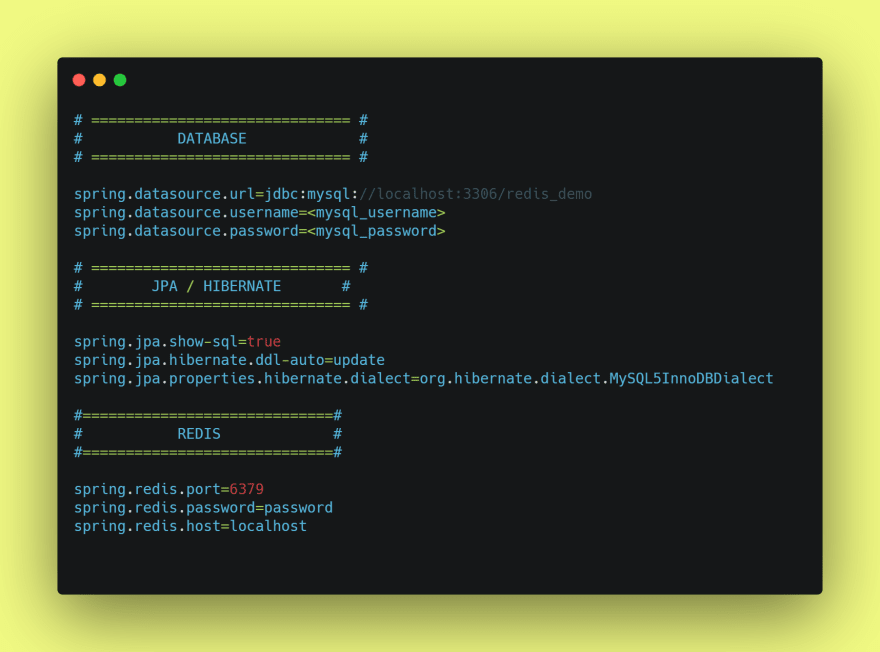 Step 4: What will be the Configuration for Redis Cache?

Note: We are using building a spring boot application so we are going to Jedis Configuration in configuration. 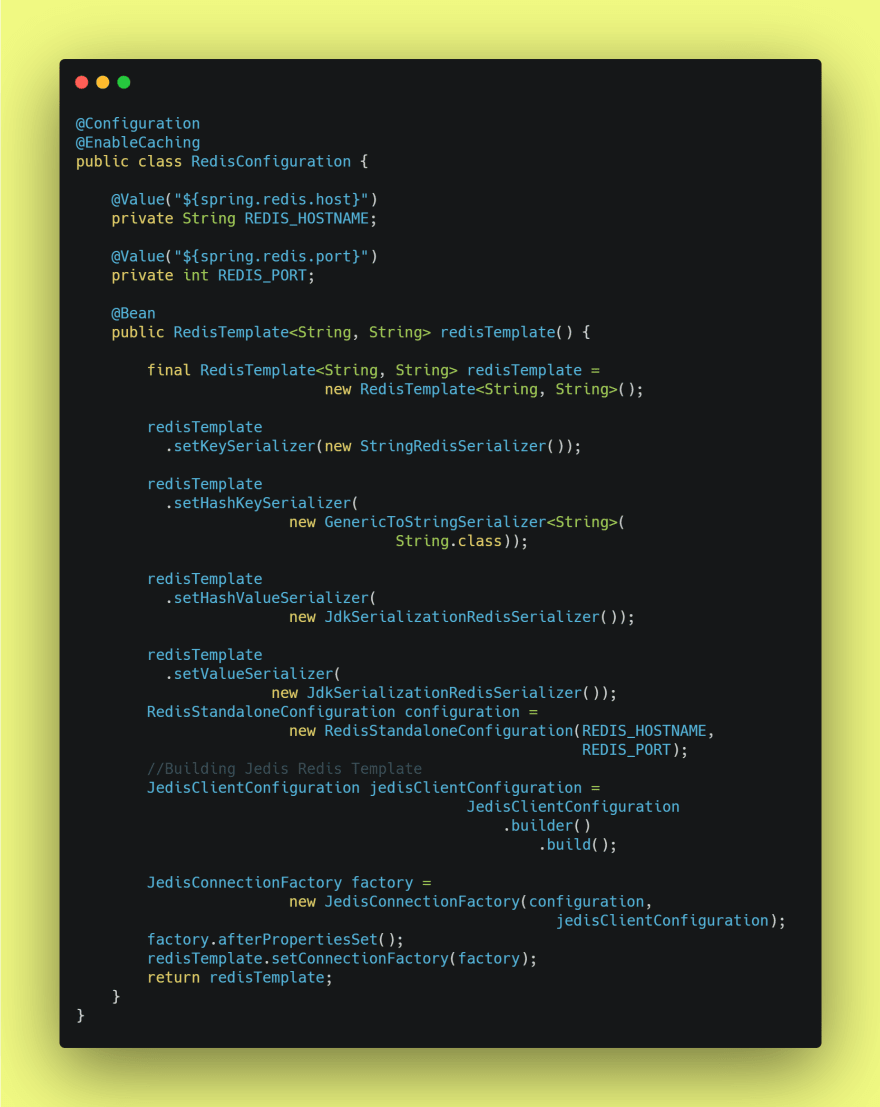 Step 5: What are the Controller Endpoints or API Endpoints? 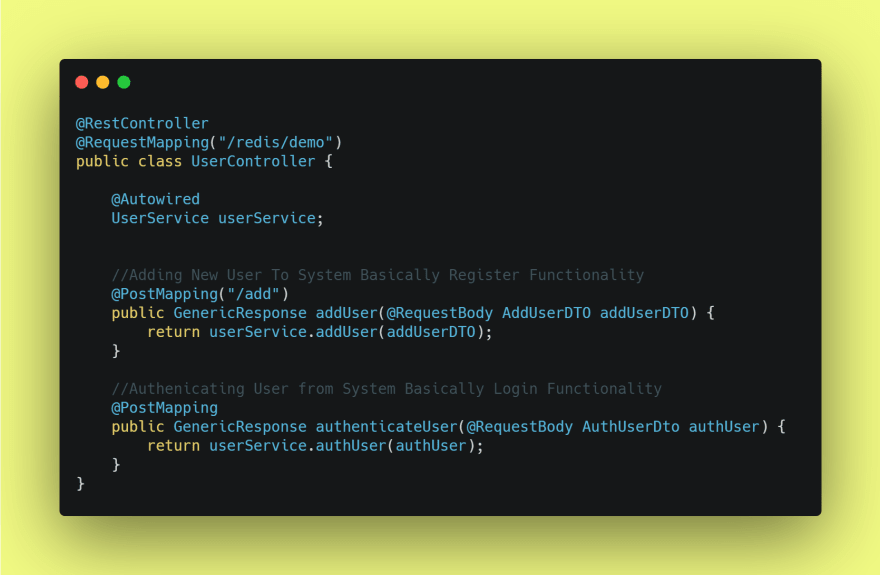 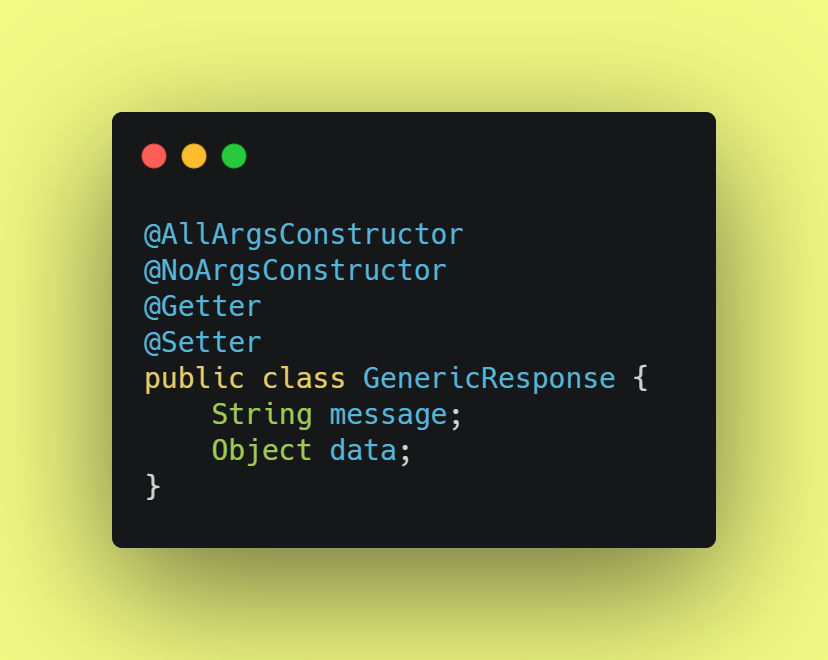 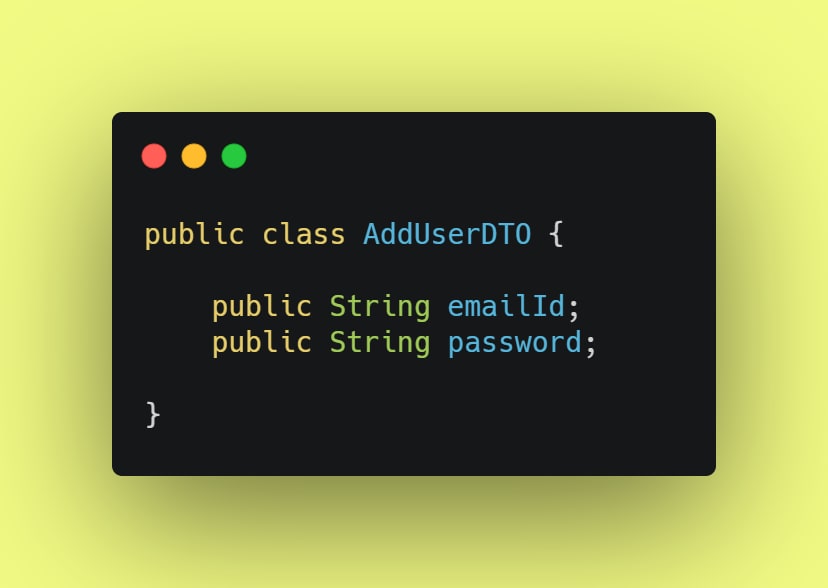 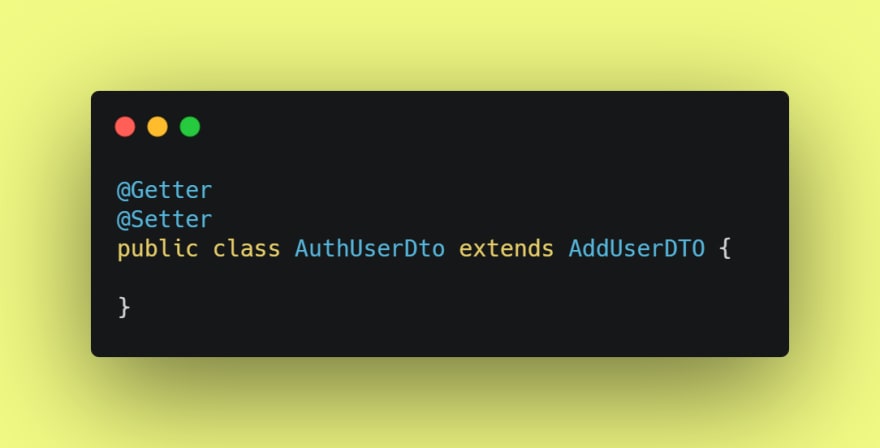 Step 6: Where is business logic or so-called UserService? 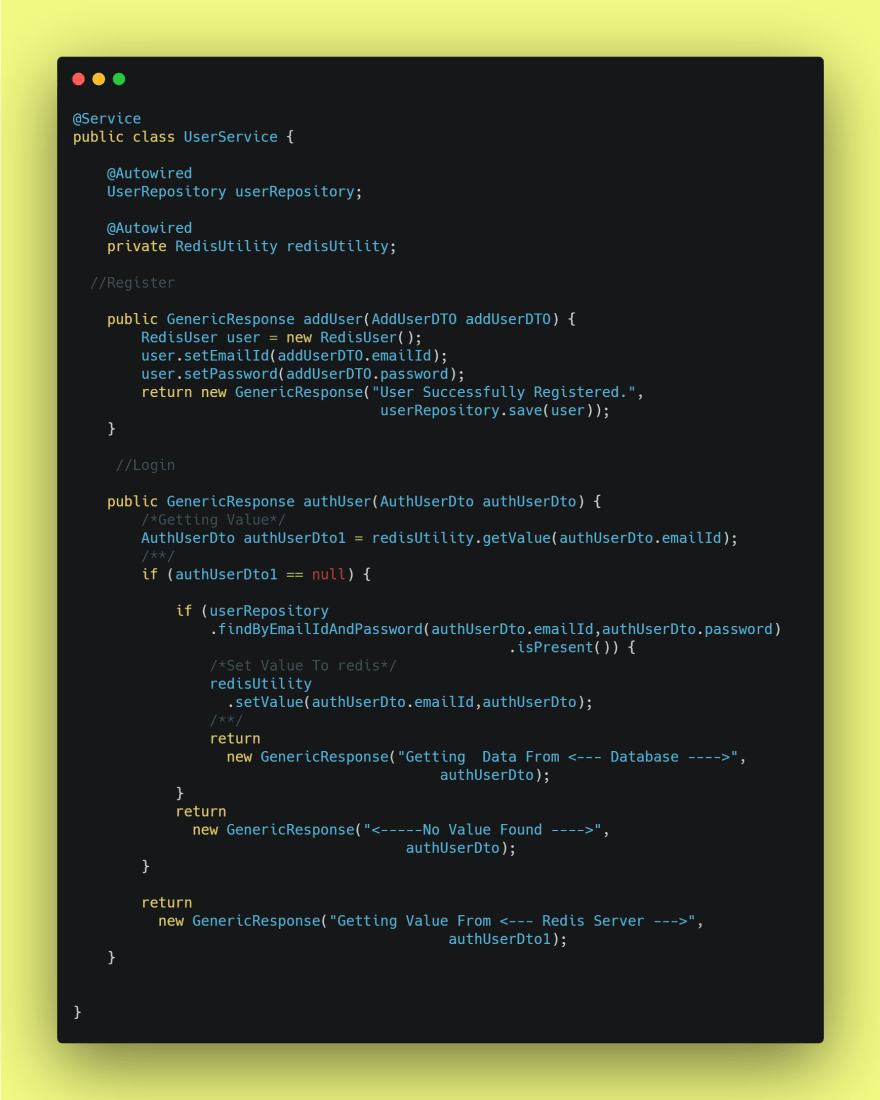 Step 7: Where is my entity class? 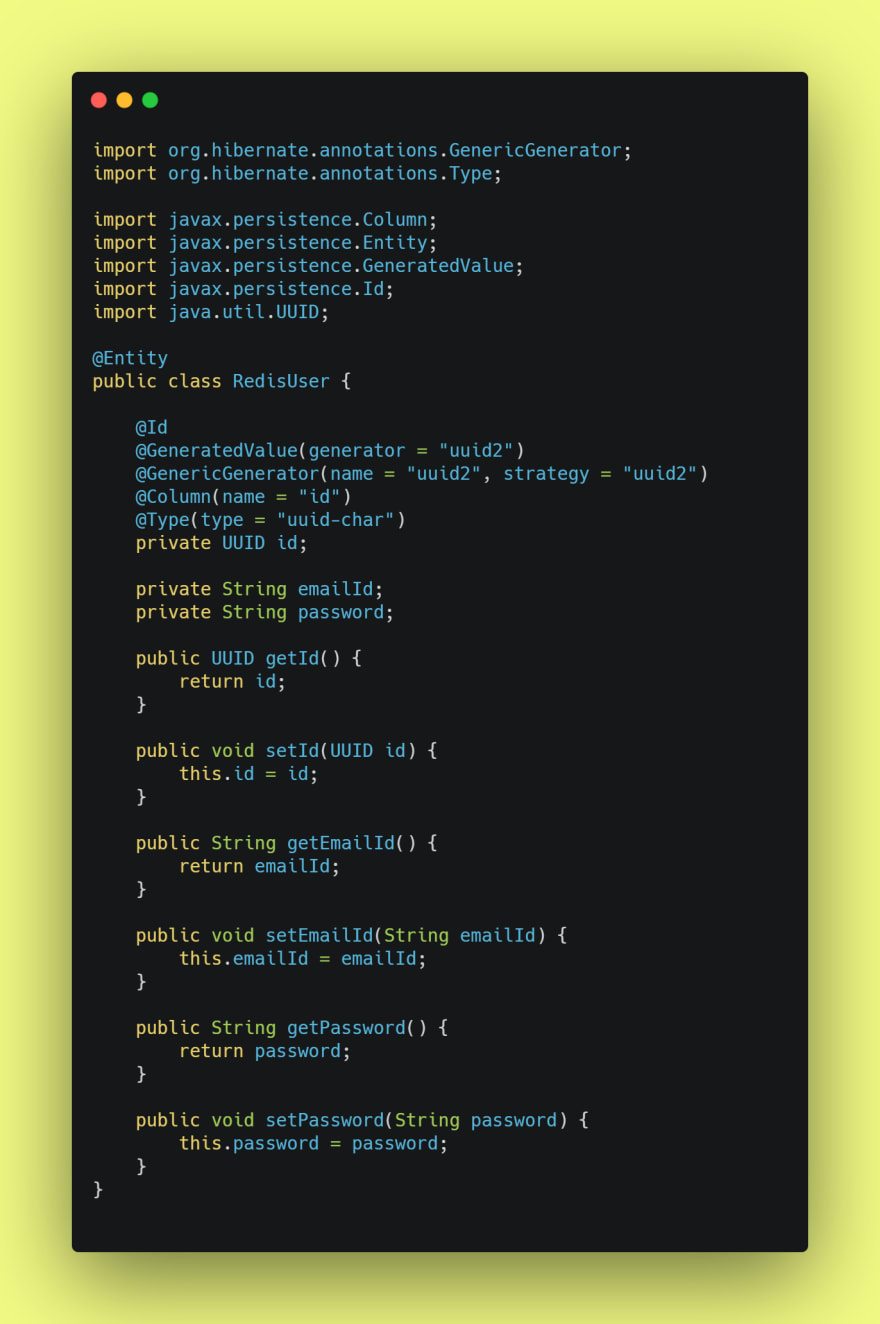 Step 8: How to perform CRUD operations for Redis cache? 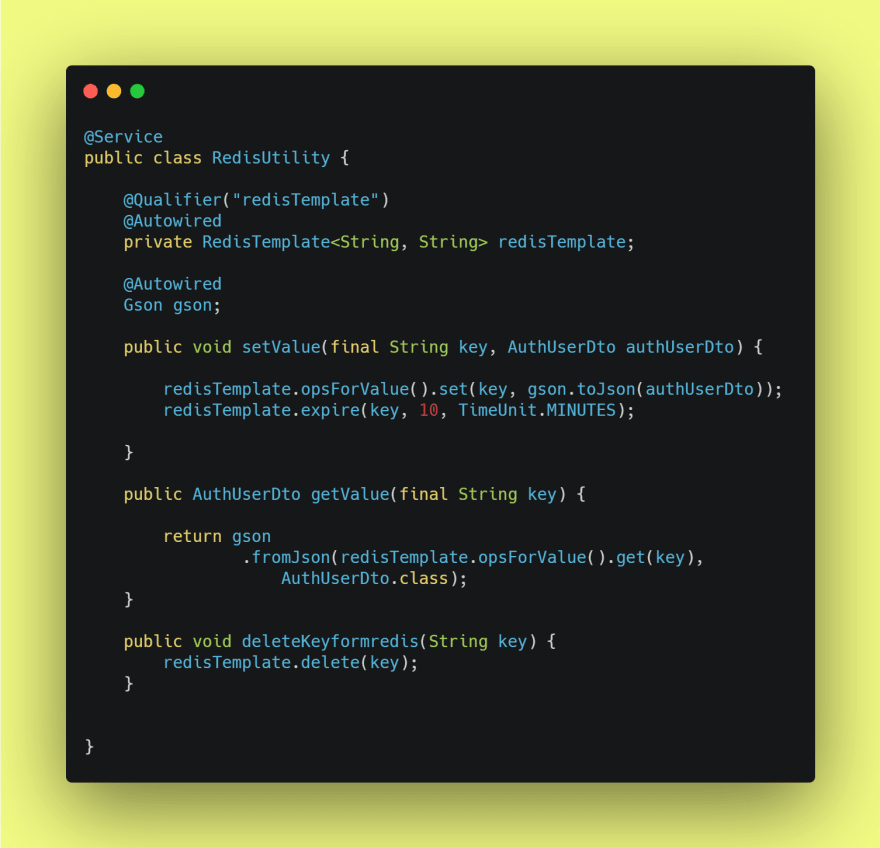 Step 9: How to test It are project?

In the article, we tried to answers many questions related to Redis Cache and how to implement the same using Spring boot. Redis Cache powerfully features such as caching and fast querying are used by many fortune 500 companies to provide service to others.

Make your full-stack project accessible to others 🚀

Once suspended, rohan2596 will not be able to comment or publish posts until their suspension is removed.

Once unsuspended, rohan2596 will be able to comment and publish posts again.

Once unpublished, all posts by rohan2596 will become hidden and only accessible to themselves.

If rohan2596 is not suspended, they can still re-publish their posts from their dashboard.

Once unpublished, this post will become invisible to the public and only accessible to Rohan Ravindra Kadam.

Thanks for keeping DEV Community 👩‍💻👨‍💻 safe. Here is what you can do to flag rohan2596:

Unflagging rohan2596 will restore default visibility to their posts.