Why I use Joplin

Note: Open source, platform independent and markdown based easy to migrate this is an important point because no one knows which note taking tool is the ultimate winner, if not the right one, then at least easy to migrate.

I have used some note-taking tools, including Impression, OneNote, Notion, but eventually gave up.
The key is that some of my core needs are not met:

Well, there is an international/domestic version of Impression Notes, but the domestic version is obviously a typical example of receiving money for not doing the right thing, and nothing has changed for a long time. Also, markdown support is not official, but requires a third-party plugin (it seems to be supported after the late 18 update). And recently Impression Notes also grabbed the domestic notion's image trademark, really can be said to be a unique domestic spectacle up.

Honestly, if you're used to using Office to organize documents, OneNote is still very good, the editing experience is consistent with Word, and the search is extremely fast. But unfortunately, I am a firm everything is markdown based person, so I don't like OneNote.

Notion is one of the more satisfying note taking tools I've encountered so far, but there are 3 main things I'm not too happy about.

Joplin, on the other hand, is a note taking tool that I can solve the above problems of notion, while open source and free, allowing me to participate in it.

Why I have to write this plug-in for vscode

So I wrote this plugin for people who have the same needs as me.

Integrate joplin in VSCode and implement the common features of Joplin.

First a short list of my note taking related plugins, they all implement a specific feature and can be combined.

You may notice that some of these plugins have nothing to do with markdown, but they are still important for editing, for example the spell checking feature only recently (v1.4.*) implemented in Joplin already exists in existing VSCode plugins.

These plugins solve the problems my generation also submitted in joplin vs. vscode-like editors differences, so I won't go into them here.

I've briefly browsed the last two weeks of Joplin posts, and the following problems seem to have been solved/implemented in VSCode 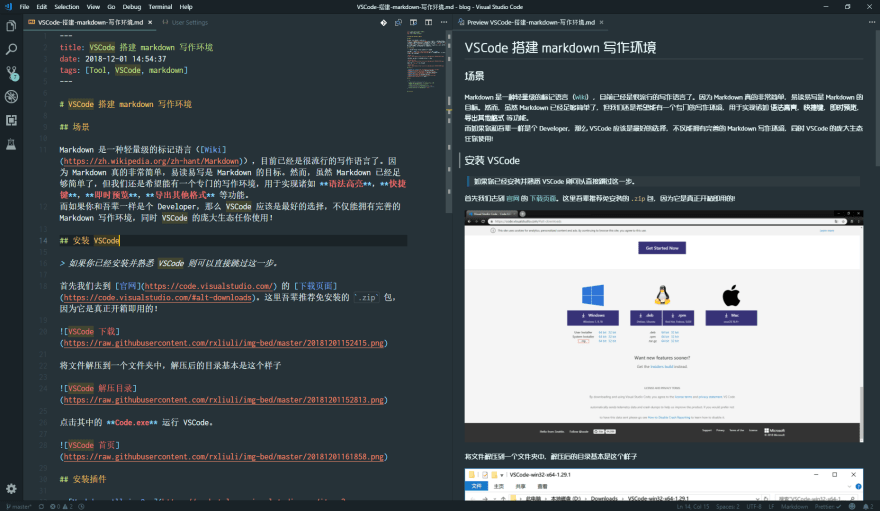 How do I deliver my projects from 10 minutes to 3 minutes?

File Based API Mocking in JavaScript

Deploy a custom Eclipse Plugin on your Update Site

Once suspended, rxliuli will not be able to comment or publish posts until their suspension is removed.

Once unsuspended, rxliuli will be able to comment and publish posts again.

Once unpublished, all posts by rxliuli will become hidden and only accessible to themselves.

If rxliuli is not suspended, they can still re-publish their posts from their dashboard.