tl;dr: Developer Hub (www.developerhub.io) is a new product that makes it easy to create documentation in minutes. It is clean, has core features, and is headed in the right direction.

Developer Hub is a new documentation product that clearly aims to get you writing and publishing quickly and easily. It succeeds. Within seconds of sitting down to the website, you’ll be creating instantly available documentation. With no need to build, convert, or template your docs, this is SaaS publishing at its easiest. 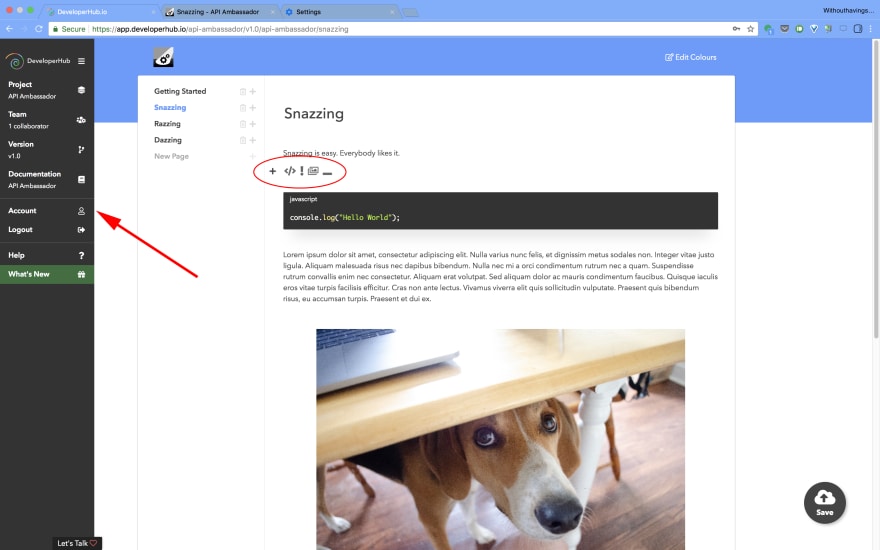 Developer Hub has a simple and intuitive WYSIWYG editor, which means anybody can use it. Adding an image or a code block is as simple as a mouse click. The control panel is simple and reasonably intuitive. As a result, tasks like creating a new version from an existing version are also easy.

You get basic white-labeling options: you can customize the color scheme, logo, and favicon. Obviously this customization will not be enough for some enterprises. For most of us looking to just get up and running, it’s plenty.

The output is clean and simple. 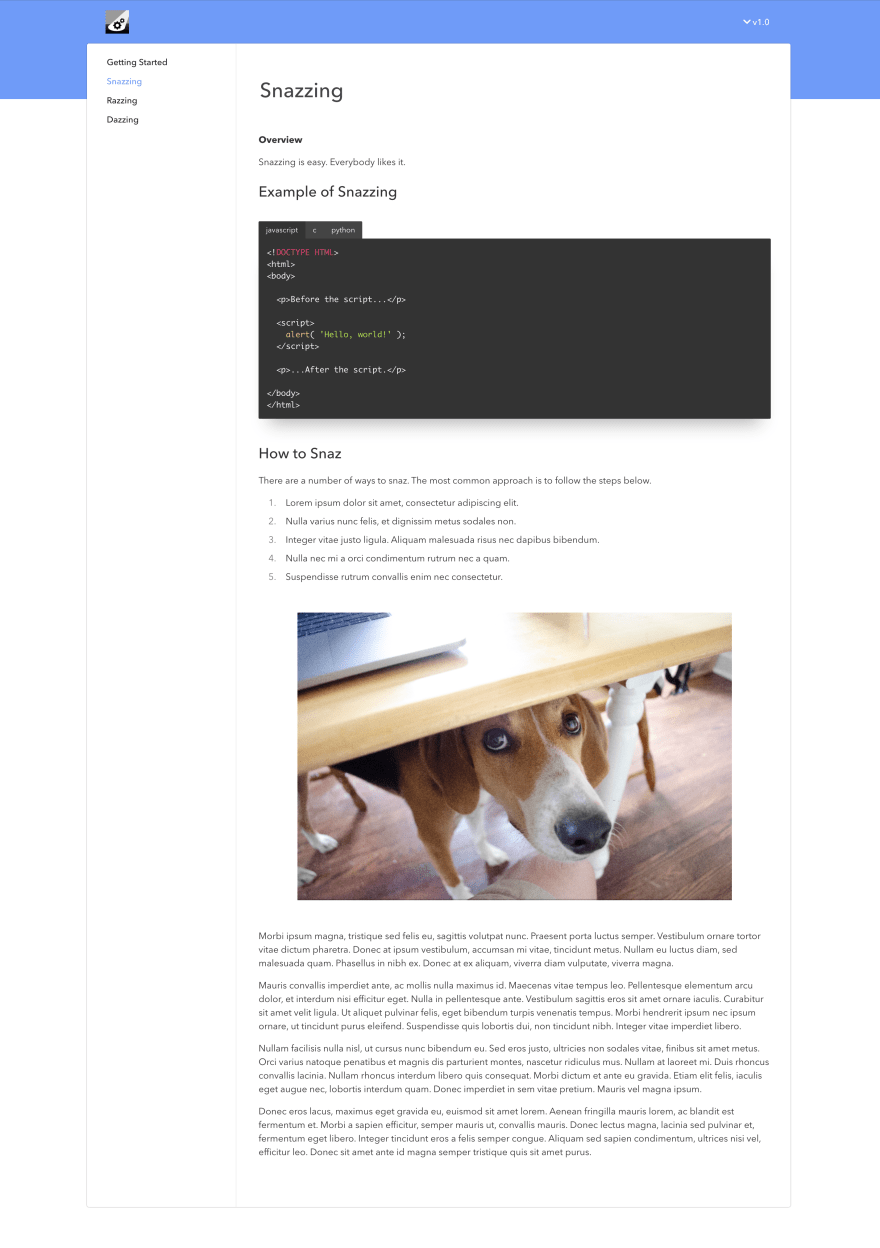 You can play with the little mini docs demo I made: API Ambassador Demo Docs.

Developer Hub is a turnkey SaaS docs portal for small scale documentation projects. As indicated by the code block feature and, well, the name, this product clearly has an eye toward products that include code samples. It could be used easily for other small documentatio projects. Other such products and services include:

These products are all SaaS docs portals.

Paligo is in some ways the closest. Its UI is perhaps most similar to Developer Hub’s. In reality, though, Paligo is an XML content authoring tool and probably more akin to OxygenXML for practical purposes. Its key value offering is single-source multi-channel authoring.

Developer Hub probably shouldn’t get into multi-channel output at this point. It’s for a developer audience mainly and for that purpose can stick to the web and really dig into easy web docs authoring. Its team can really get into that fight by adding some single-source magic.

Add Auth To Your Nuxt 3 App in Minutes With Amplify

Once suspended, ryanhaber will not be able to comment or publish posts until their suspension is removed.

Once unsuspended, ryanhaber will be able to comment and publish posts again.

Once unpublished, all posts by ryanhaber will become hidden and only accessible to themselves.

If ryanhaber is not suspended, they can still re-publish their posts from their dashboard.

Once unpublished, this post will become invisible to the public and only accessible to Ryan Haber.

Thanks for keeping DEV Community 👩‍💻👨‍💻 safe. Here is what you can do to flag ryanhaber:

Unflagging ryanhaber will restore default visibility to their posts.